On 26 June 1992 national and civic dignitaries joined governors, staff and students at the official launch of De Montfort University. 2000 guests toasted the new university on the lawns of De Montfort Hall. The annual report for that year notes that “1992 will be remembered in this University’s history as a year of milestones and fundamental organisational changes”. 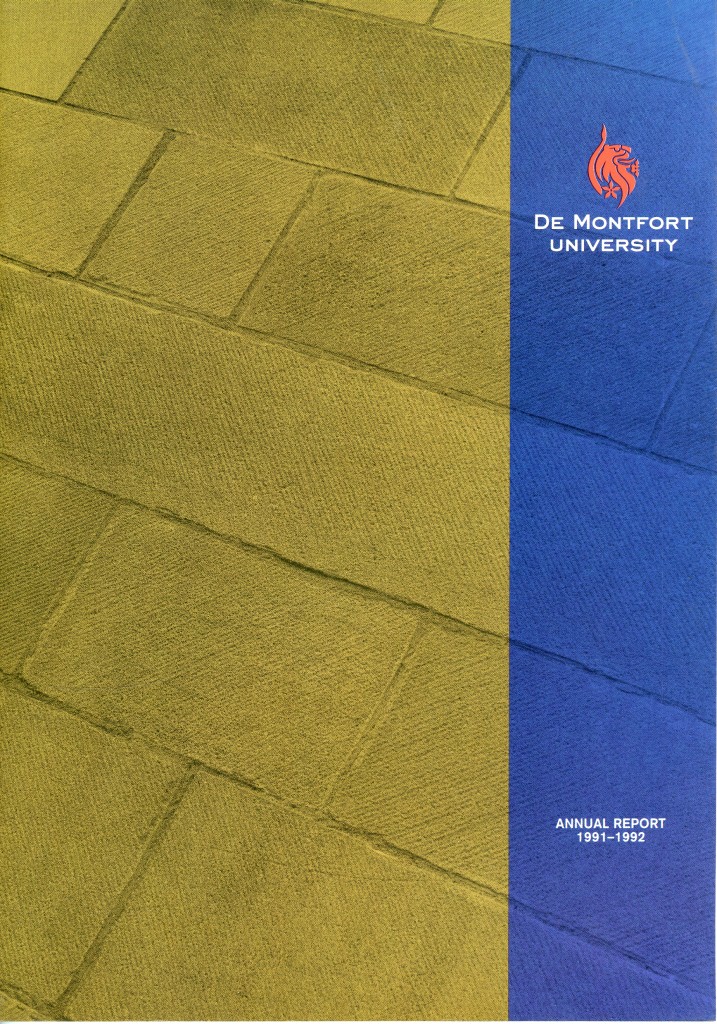 Leicester Polytechnic had been formed in 1969 on the merger of the Leicester College of Art and the Leicester College of Technology. The two Colleges had shared central resources such as buildings and administration, and were managed by the same Committee. Polytechnics tended to concentrate on practical and applied subjects and degrees were awarded through the UK Council for National Academic Awards (CNAA). In 1992 the Further and Higher Education Act made provision for polytechnics to become universities, able to grant their own degrees. Formal agreement was given by the Privy Council for Leicester Polytechnic to be renamed De Montfort University in early June 1992.

In a speech at the launch event, Vice-Chancellor Kenneth Barker described the mission of the University: “to provide teaching, research and complementary services delivered through a distributed University which is internationally competitive, locally sensitive and everywhere excellent.” The name ‘De Montfort University’ was chosen as it acknowledged the institution’s Leicester origins, and a new corporate image was then unveiled, including the lion’s head logo we still use today. 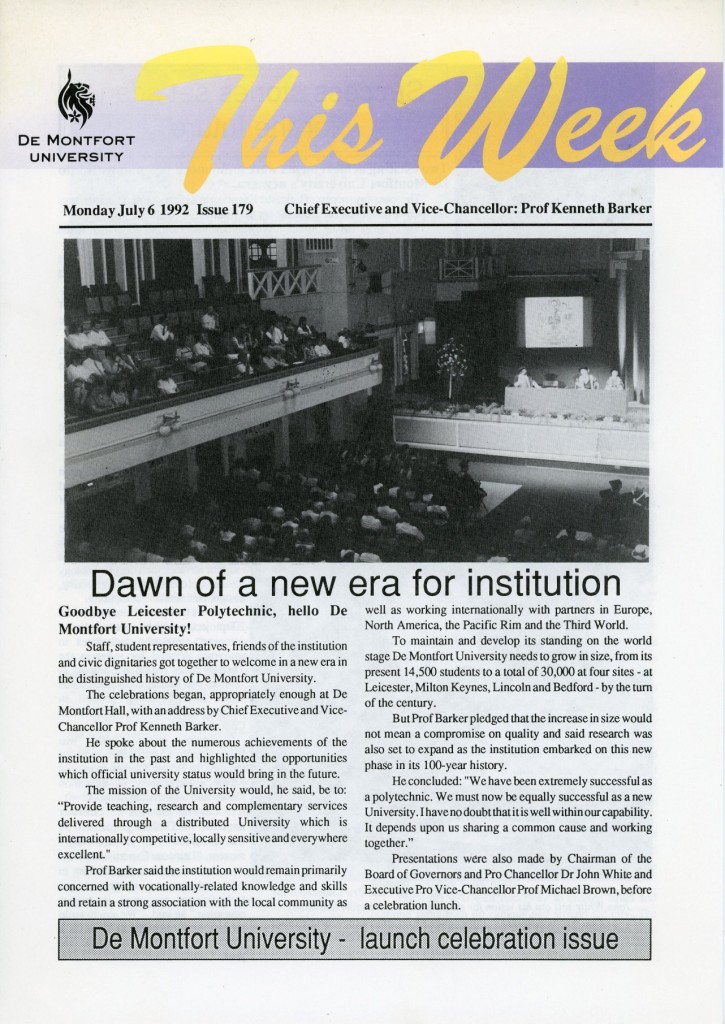 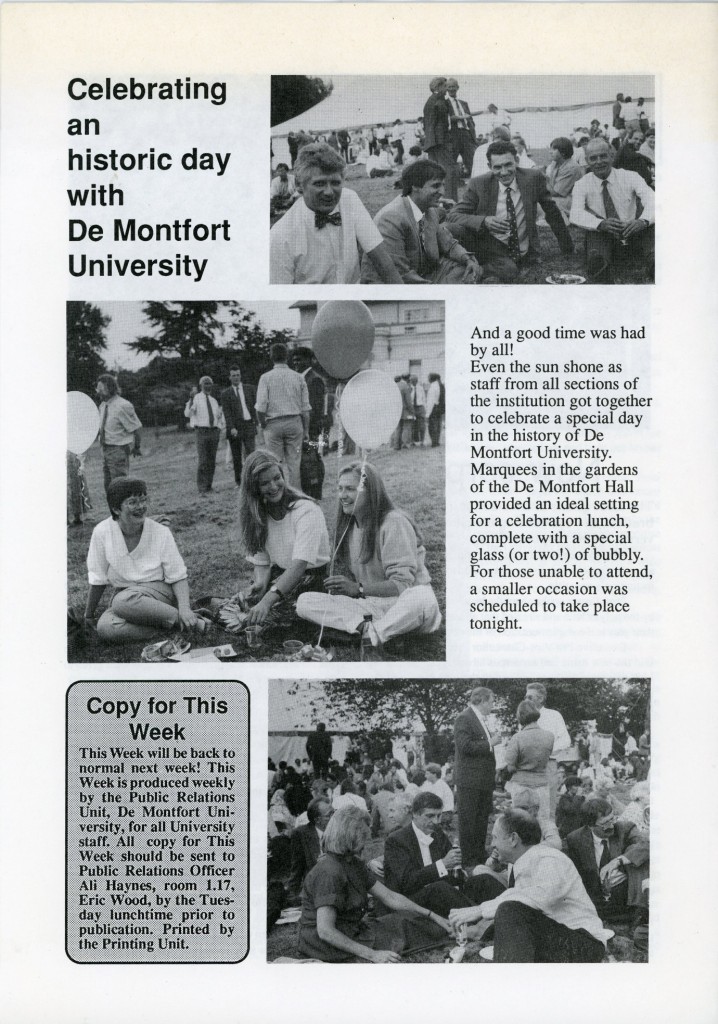 “Under the new title DMU will develop as one of the new breed of dynamic, progressive universities, transforming Higher Education in the 1990s and beyond.” (quote from 1993 Prospectus) 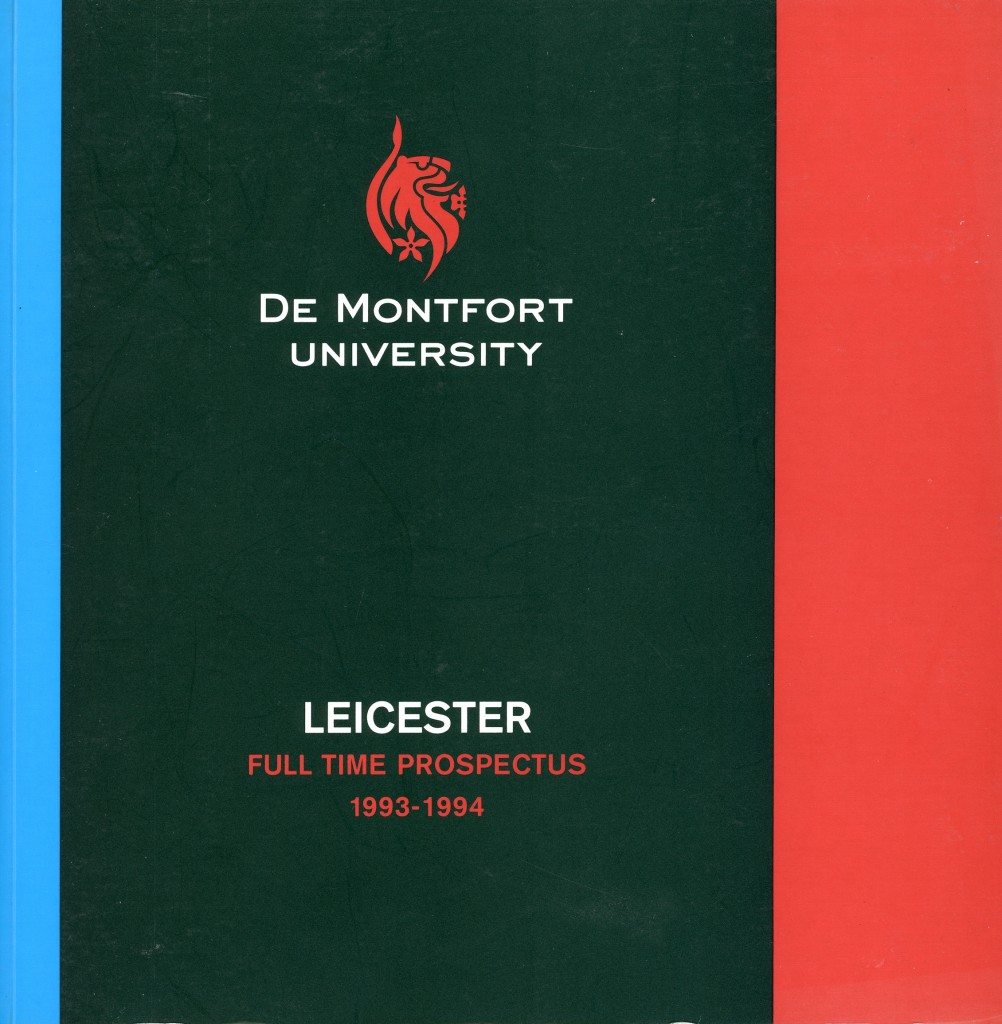 De Montfort University, Full Time Prospectus 1993-1994. The first use of the DMU Logo for a prospectus. 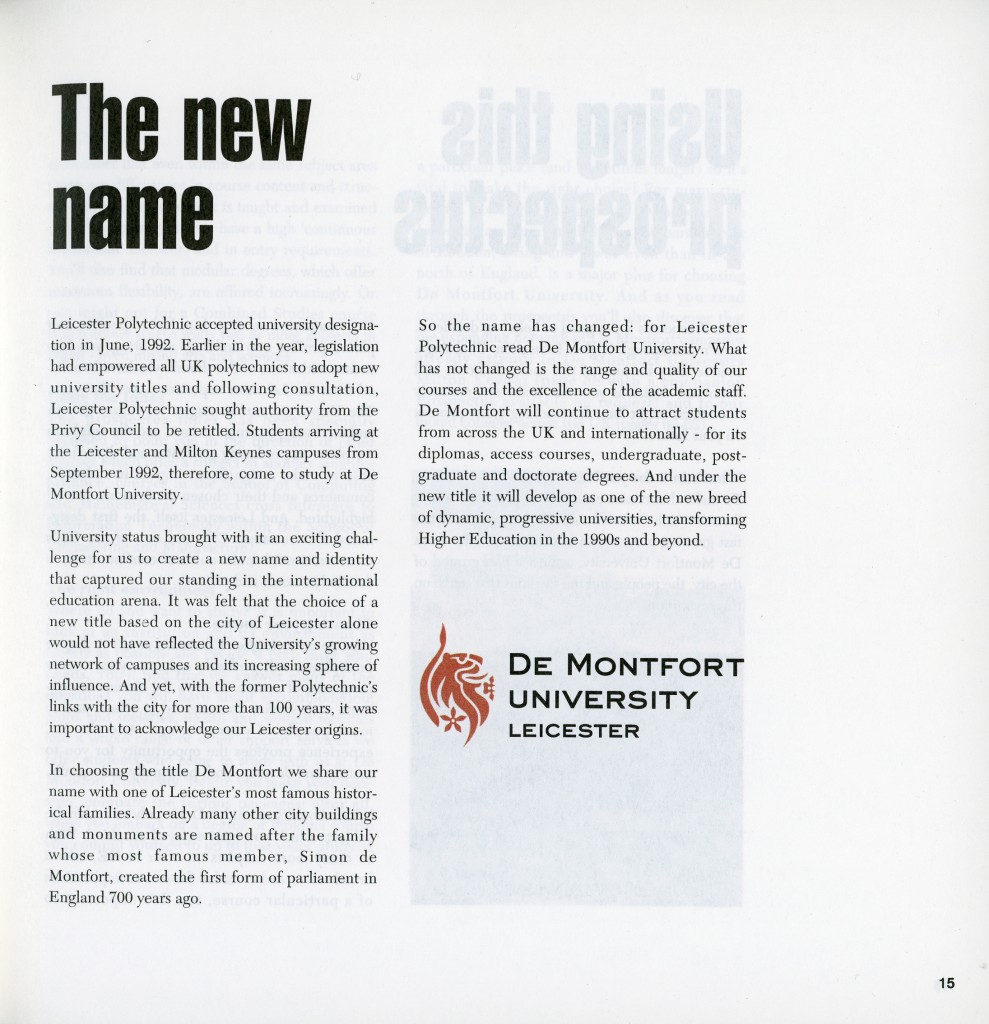