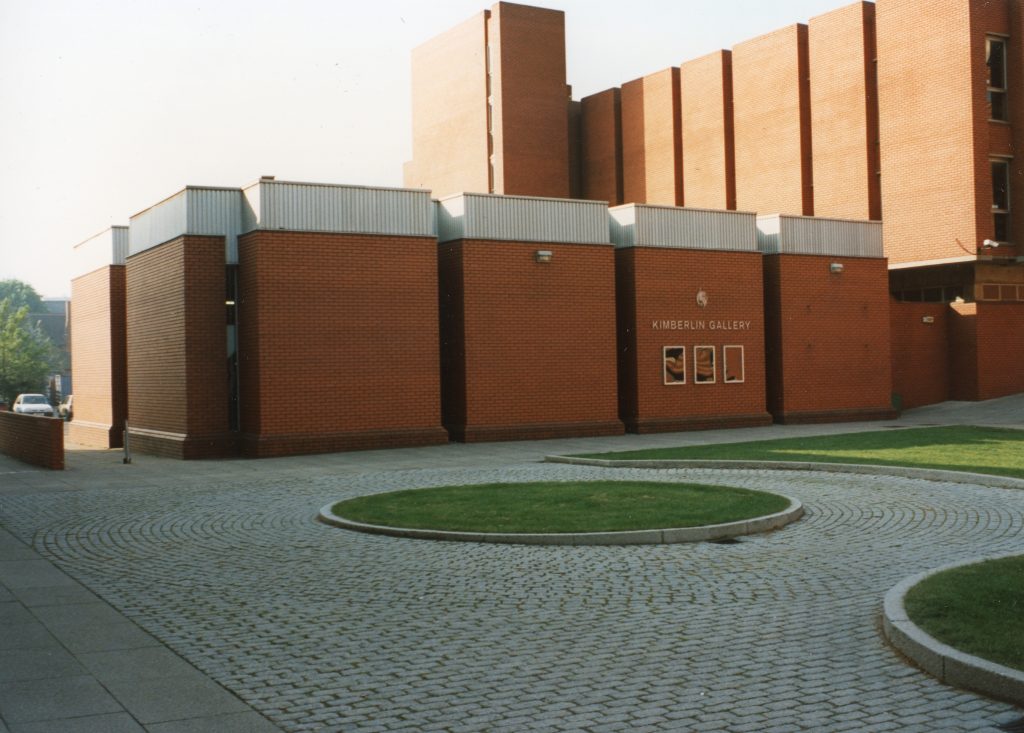 Kimberlin Library as originally constructed, with the Kimberlin Exhibition Hall (later demolished for the extension).

Kimberlin Library was opened on this day 40 years ago! It’s also 20 years since the addition of the extension and 10 years since the refurbishment of the Learning Zone, making 2017 a special one for the Library. 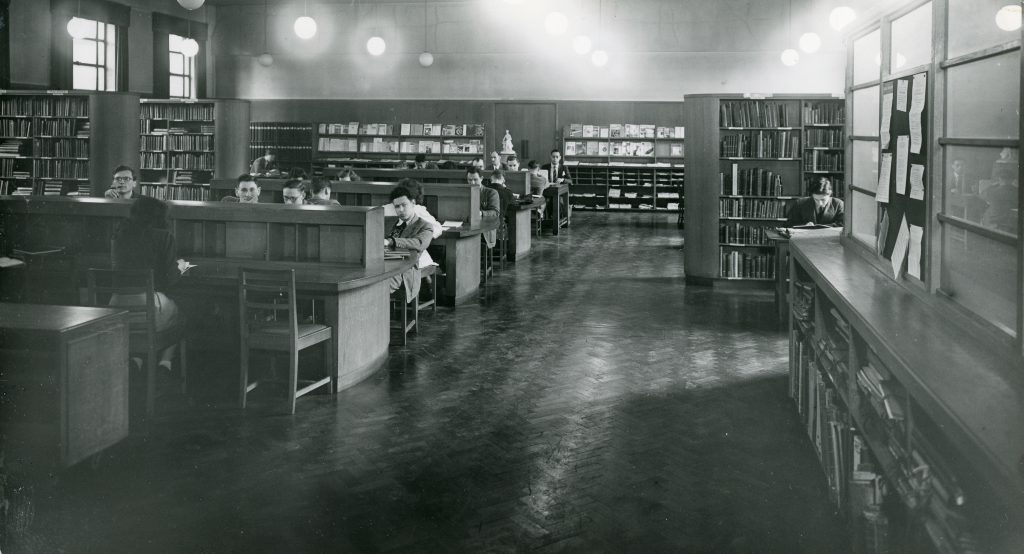 In the early days of the School of Art books were kept in the classrooms to be consulted under the watchful eye of the instructors. When the Hawthorn Building was completed in 1936 a room was finally turned into a library. As the institution grew into the College of Art and the College of Technology more libraries were added: the Technology Library in Hawthorn, an Art Library in Fletcher and the Architecture Library in Clephan. 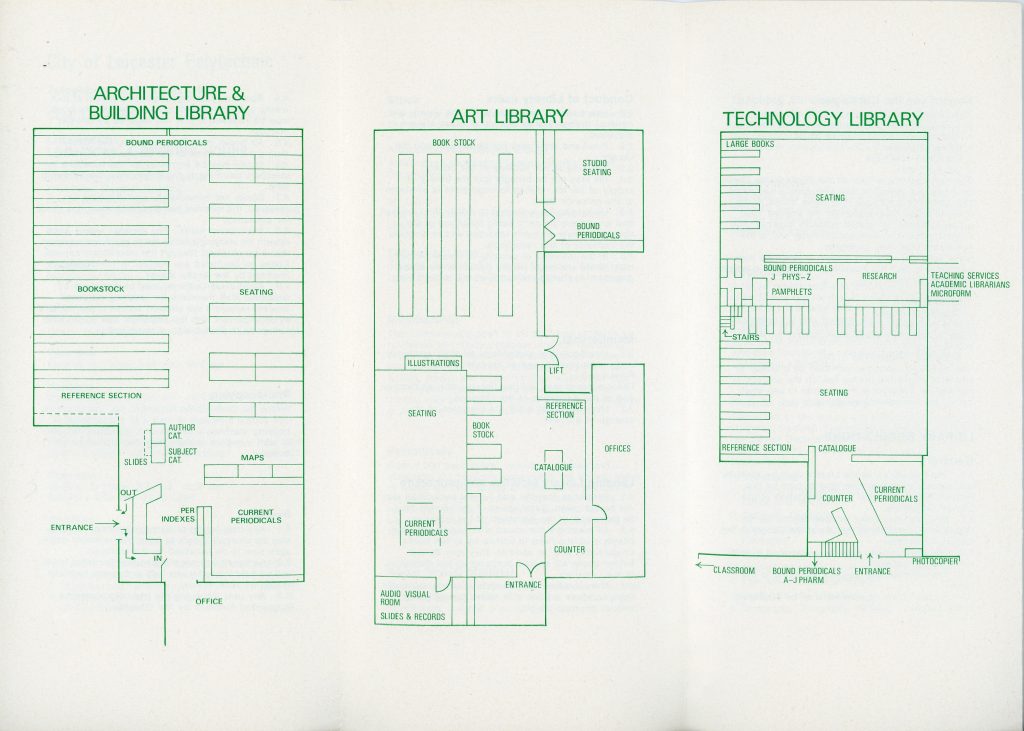 When the Colleges of Art and Technology merged to create Leicester Polytechnic in 1969 it became apparent that the existing library provision was not fit for the new institution. It was too small, with little room for new stock and with inadequate seating.

Planning soon began for a new central library that would respond to new learning styles. The emphasis in higher education was increasingly on independent study guided by academic staff. The library would therefore play a dynamic role in the education of the student.

The brief asked for an open plan, flexible design where users were in close contact with book stock and a suitably studious atmosphere could be created. It should be compact and easy to navigate, with well-equipped teaching areas and appropriate storage for all kinds of media.

The new Library was opened on 8 November 1977 by Ivy Kimberlin, widow of Archibald Kimberlin. Kimberlin had been a Governor of the Colleges of Art and Technology since 1947 and Chair of Governors from 1971 until his death in 1976.

Ivy Kimberlin at the opening ceremony.

An extension was constructed in 1997, creating a new entrance and extra space for computing.

In 2007 Kimberlin Library revealed a completely refurbished main floor, including new foyer, improved staff offices and a café. The main aim of the work was to create the Learning Zone, intended for active, social and collaborative working. It would be vibrant, flexible and technology-rich, meeting changing student expectations for more friendly and relaxed environments than were to be found in the “traditional library”, somewhere for groups to work in a relaxed manner. 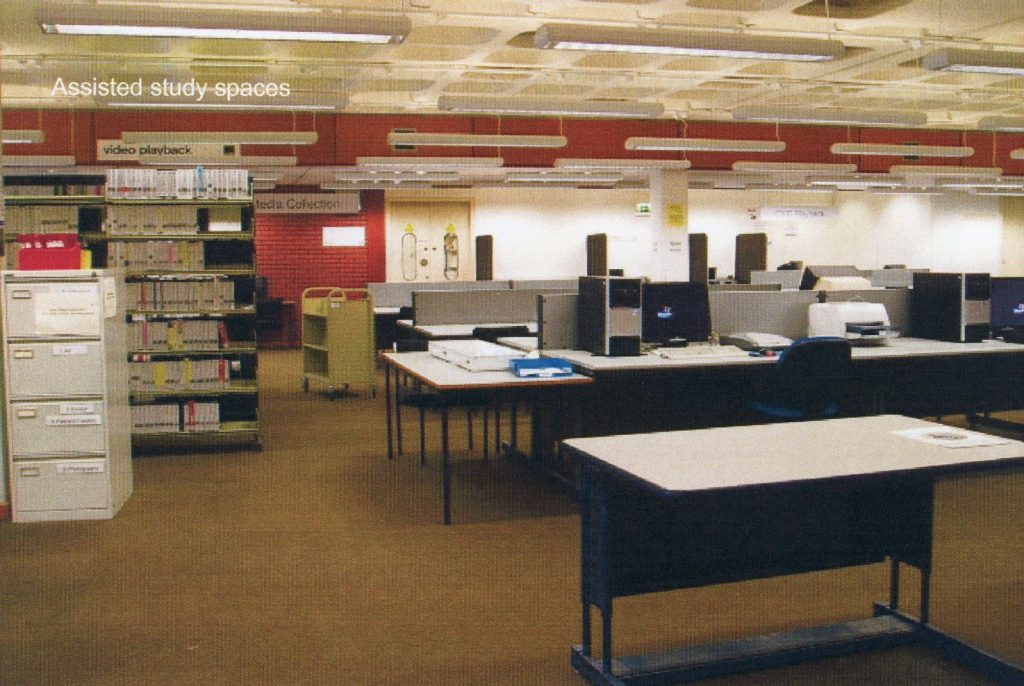 Before the creation of the Learning Zone. 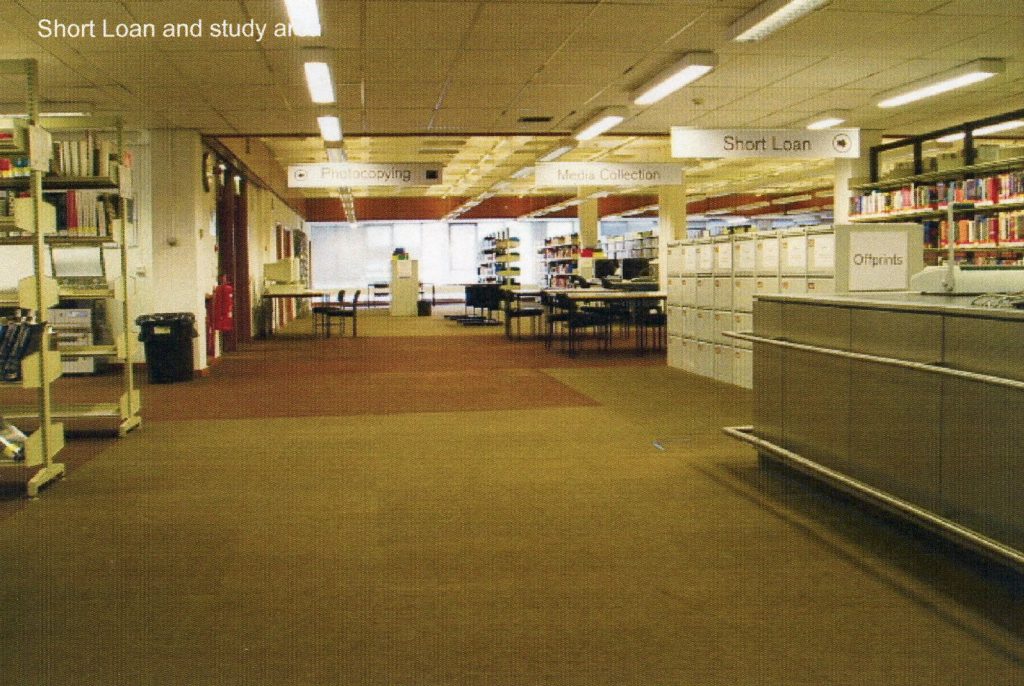 Another view of the ground floor before the Learning Zone.

As for the next 40 years, who knows where changing technologies and student needs will lead!