Be the Change Part 2

On our lunch break today we decided to attend the Be The Change Part 2 event held on DMU campus. Gearing up for the general election, the event was a follow up to the one held earlier in the month which we also posted about, and up for debate today were the manifestos of the Lib Dems, the Labour Party and the Conservatives. 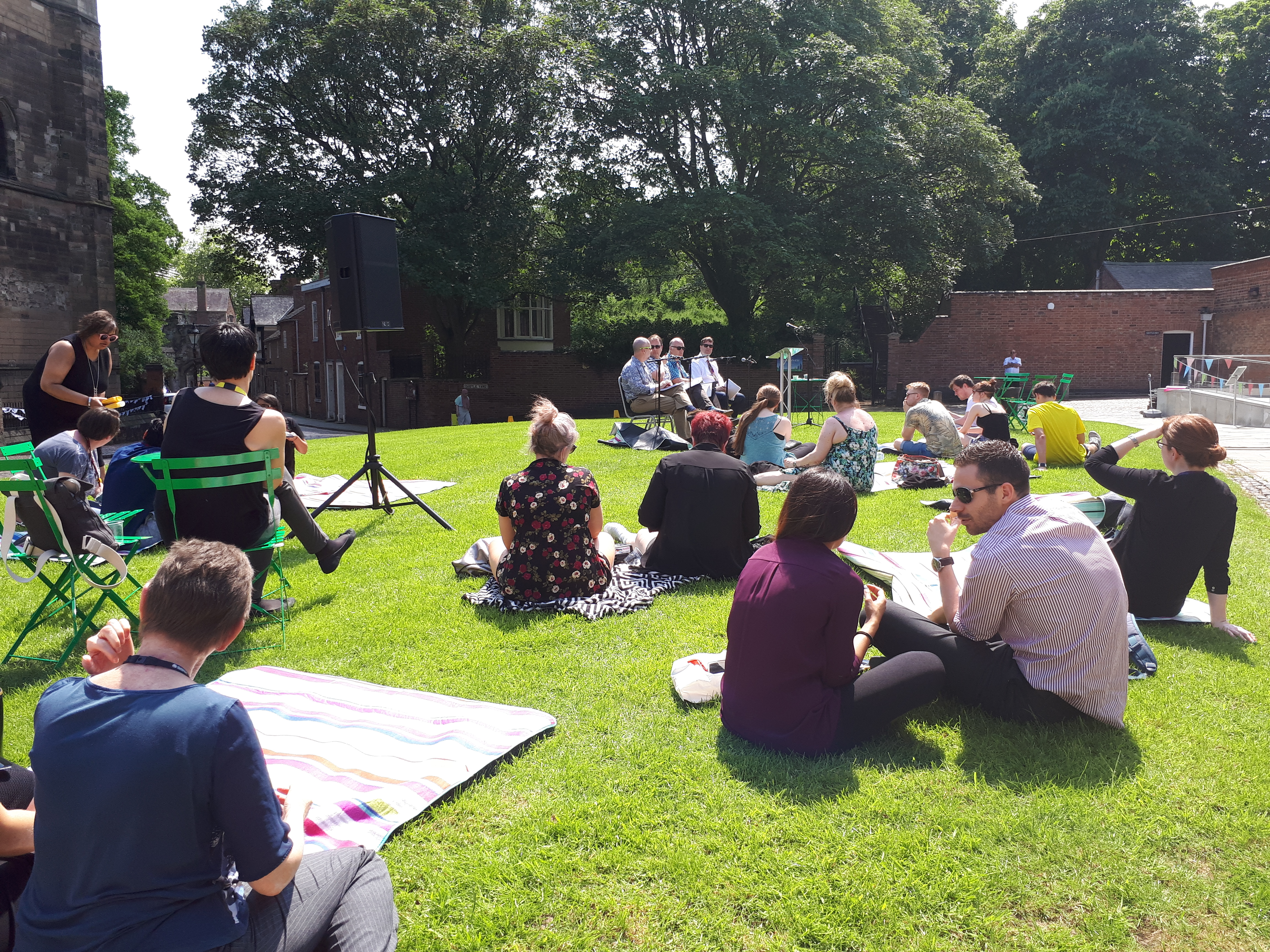 Our VC, Dominic Shellard, chairs the discussion today on the manifestos of the three major political parties. 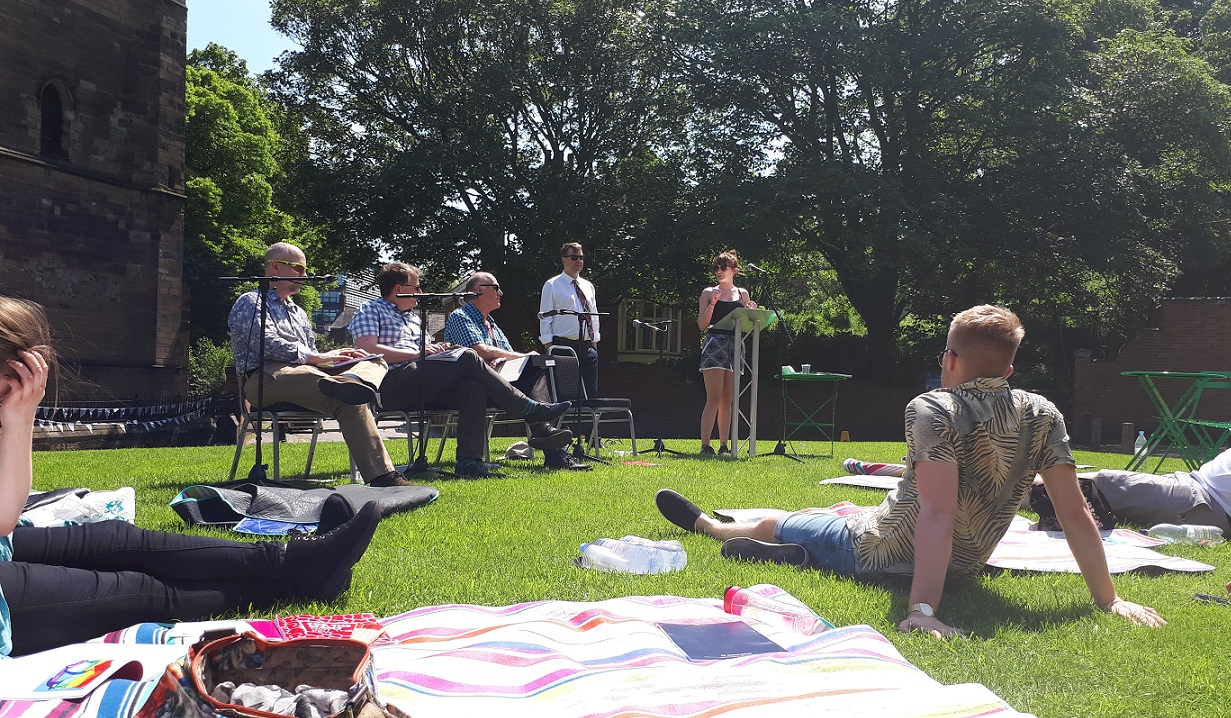 A great day for a debate and as usual DMU is prepared with bottled water and sun cream on hand!

Whether by accident or design, I just happened to be there when the Labour manifesto was being discussed and the topics covered included, immigration, student fees, the role of social media in mobilising younger voters, and whether a party’s policies can be viewed separately to its leader. Also mentioned was the Labour landslide victory of 1945, and so I thought this seemed like the perfect opportunity to dig out some press coverage from that period: 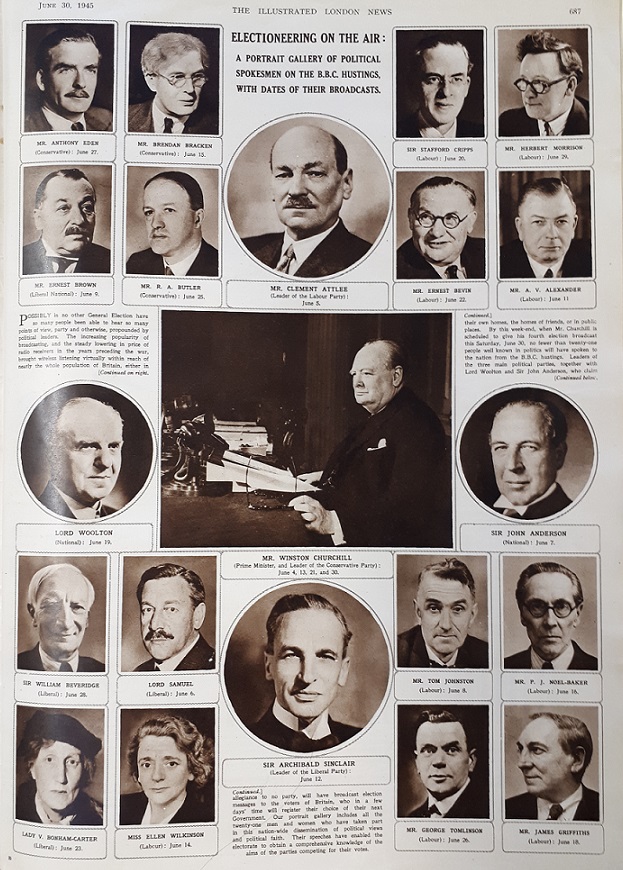 Gallery showing members of the three major political parties with their leaders. From the ‘Illustrated London News’ 5th June 1945. While it is hoped these parties demonstrate more diversity today it is encouraging to see there at least two female ministers here – one for the Lib Dems and one for Labour!

This election seems particularly pertinent as it was also considered a fait accompli. However, to the surprise of many, Labour won because its social policies struck a chord and despite the the overwhelming popularity of the Conservative leader, Sir Winston Churchill, the Tory party and its policies were out of step. It was indeed time for change! 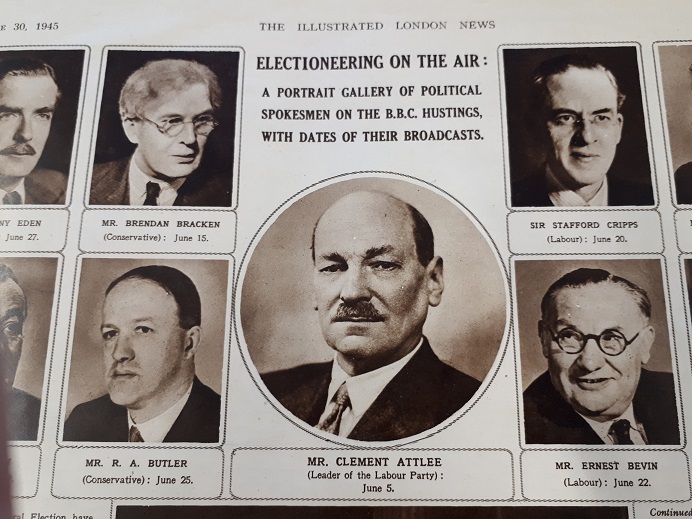 Close up on the soon to be Labour Prime Minister, Mr. Clement Attlee and his ministers.

Whatever your views, make sure your voice is heard #bethechange2 and vote in the 2017 election on June 8th.

This political broadcast has now finished but Be the Change at The Castle is going until 4pm today so don’t miss it!