This week DMU graduations are underway. To celebrate I have taken a look at what the archive holds about graduations.

As an institution, DMU could not grant degrees for most of its history. Students of the Leicester Municipal Technical and Art Schools or the Leicester Colleges of Art and Technology were examined externally, for example, taking the qualifications of the City and Guilds of London Institute. Examination results were listed in local newspapers and awards were given out at an annual prize giving ceremony such as the one advertised above. 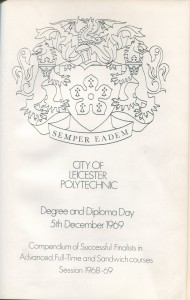 It was not until the Colleges became Leicester Polytechnic that the institution could award its own degrees. Above is the cover of the first degree ceremony brochure.

These degree ceremony brochures have changed a lot through time: 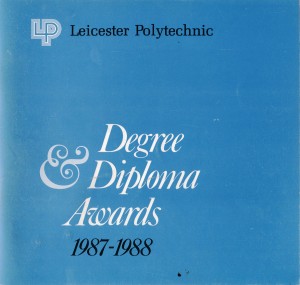 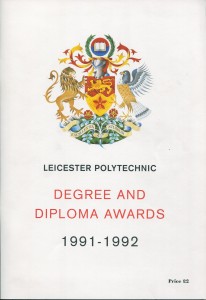 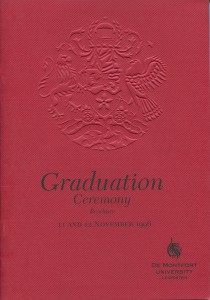 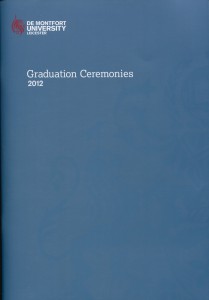 The format of the ceremonies themselves, however, have changed little: 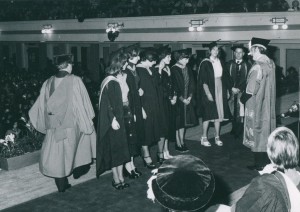 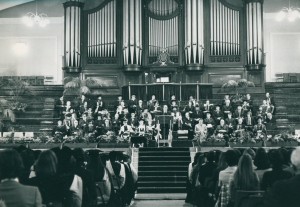 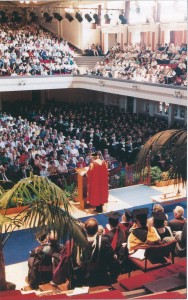 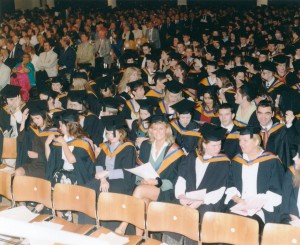 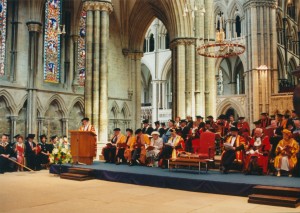 When DMU had campuses in Bedford, Milton Keynes and Lincoln, graduations were held locally. This is the 1996 ceremony in Lincoln Cathedral. 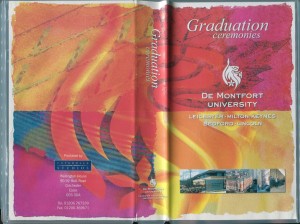