As hundreds of staff and students went on #dmuglobal’s second trip to New York  despite the disruptive weather bomb and the cancellation of many flights — and for all those that didn’t make it we’re pleased to know that a summer trip has now been scheduled — we thought we’d have a search through our collections to see what Big Apple-inspired items we could find.

To launch DMU’s involvement in the UN Together Campaign, which aims to offer worldwide support to refugees, students attended a summit held at the United Nations Headquarters located in the Turtle Bay area of Manhattan. To mark the occasion, here is  an image from the Illustrated London News showing the newly-opened assembly chamber in 1952. 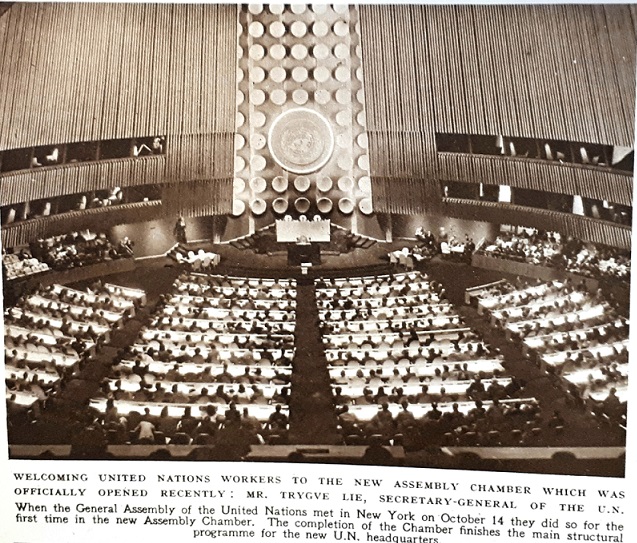 From the ‘Buildings Ancient and Modern’ article published on 18th October 1952.

No trip to New York would be complete without a trip to the harbour and Liberty Island to take in the Statue of Liberty. As a gift from France, the statue, designed by Frédéric Auguste Bartholdi and built by Gustave Eiffel arrived in sections in 1885 but didn’t have its official inauguration and dedication ceremony until October 28th, 1886: 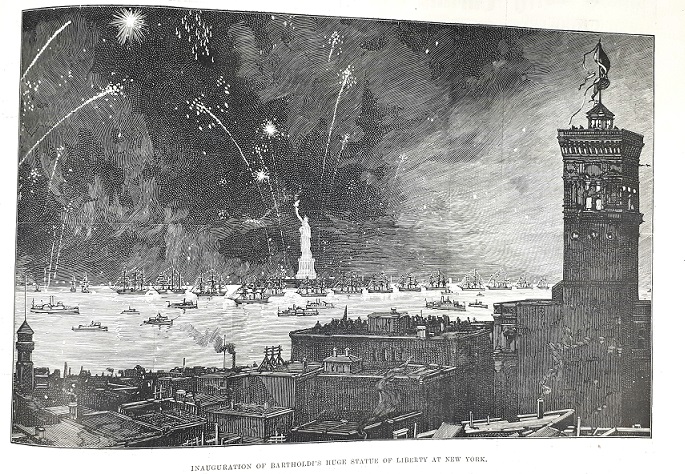 Some other examples of U.S. landmarks and architectural features can be found in our Art Design and Architecture rare books section, such as this article on the Embassy Suites hotel in Times Square.

Close up of the west elevation 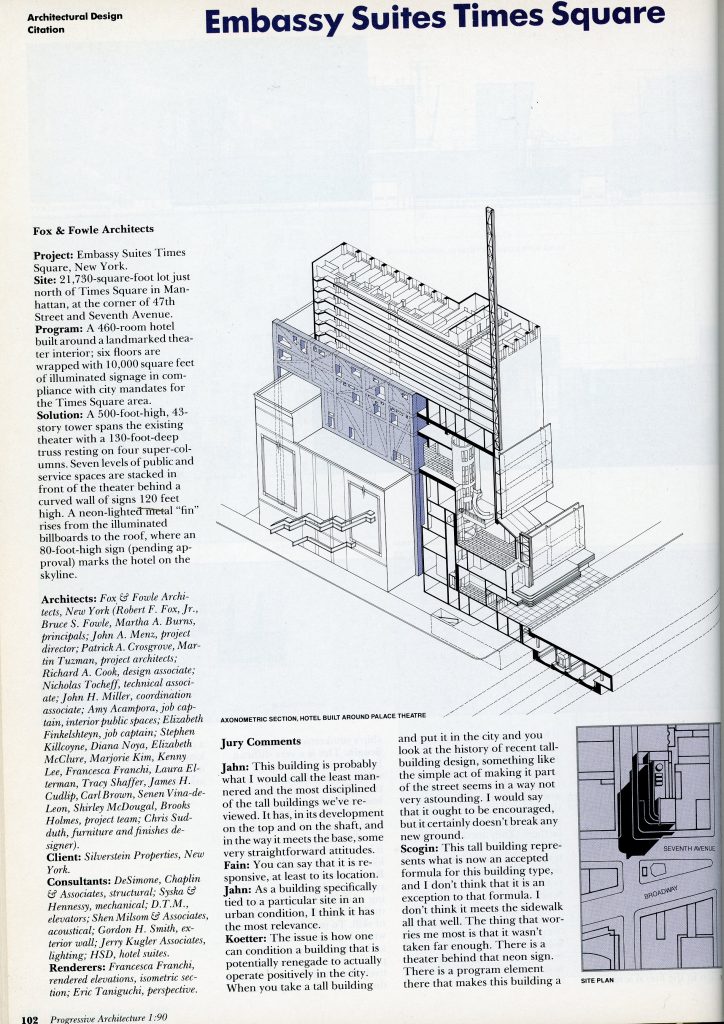 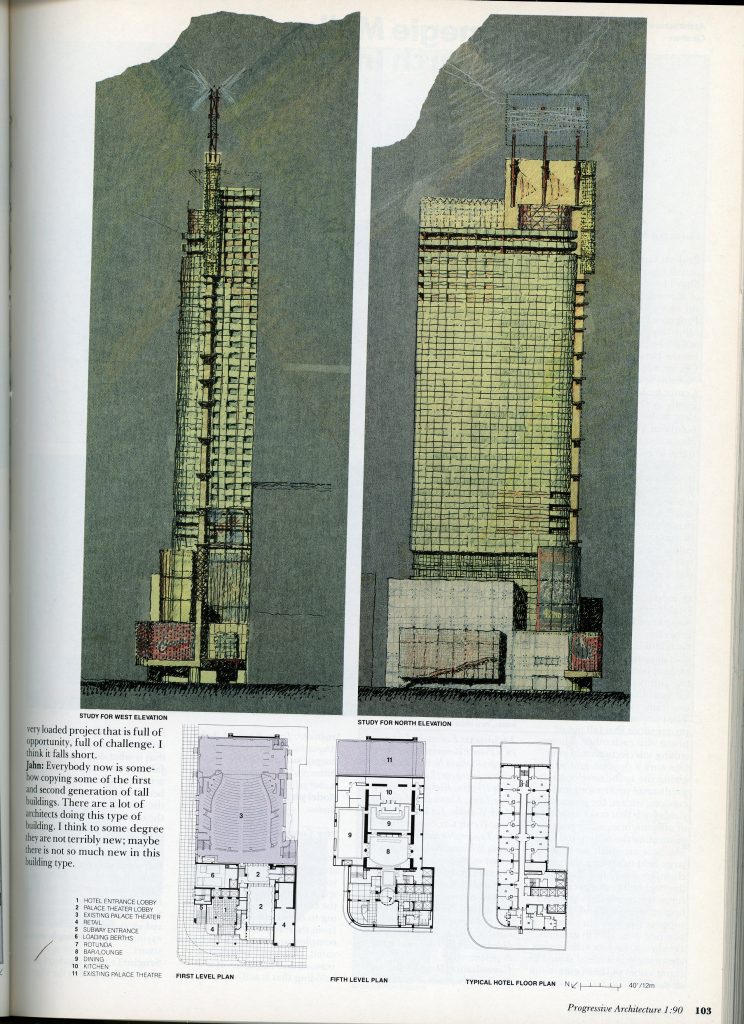 From landscape and architecture to some New York culture next, starting with a little bit of sporting history and three famous New York teams, The Giants, The Mets, and The Yankees. 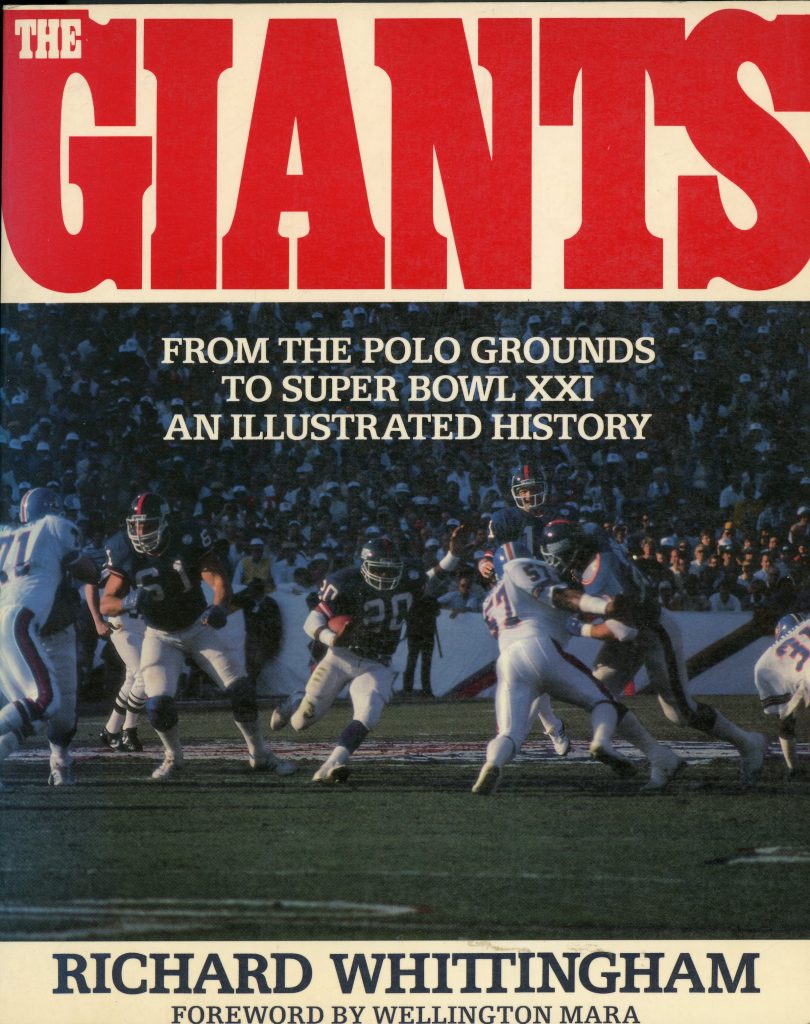 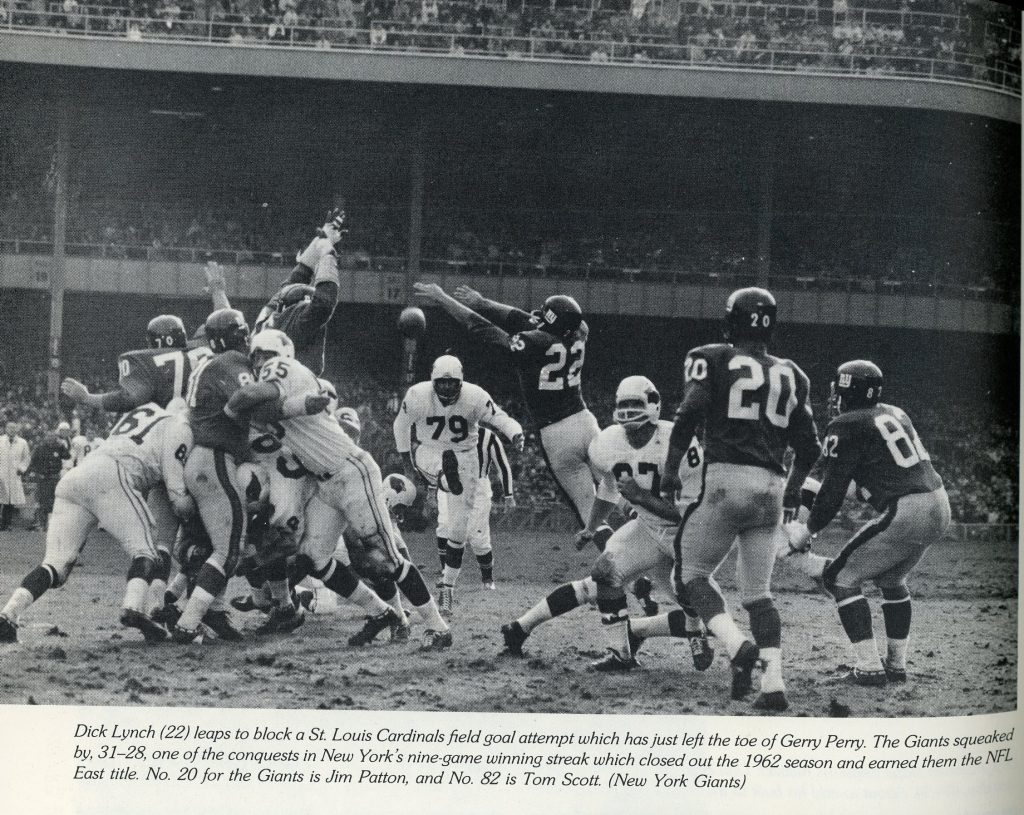 From opur sporting history section this illustrated history on the New York Giants charts the trials and successes of the American football team since its inception in the early 1920s.

Founded in 1962, the New York Mets are a professional baseball team hailing from the Queens Borough of the city. 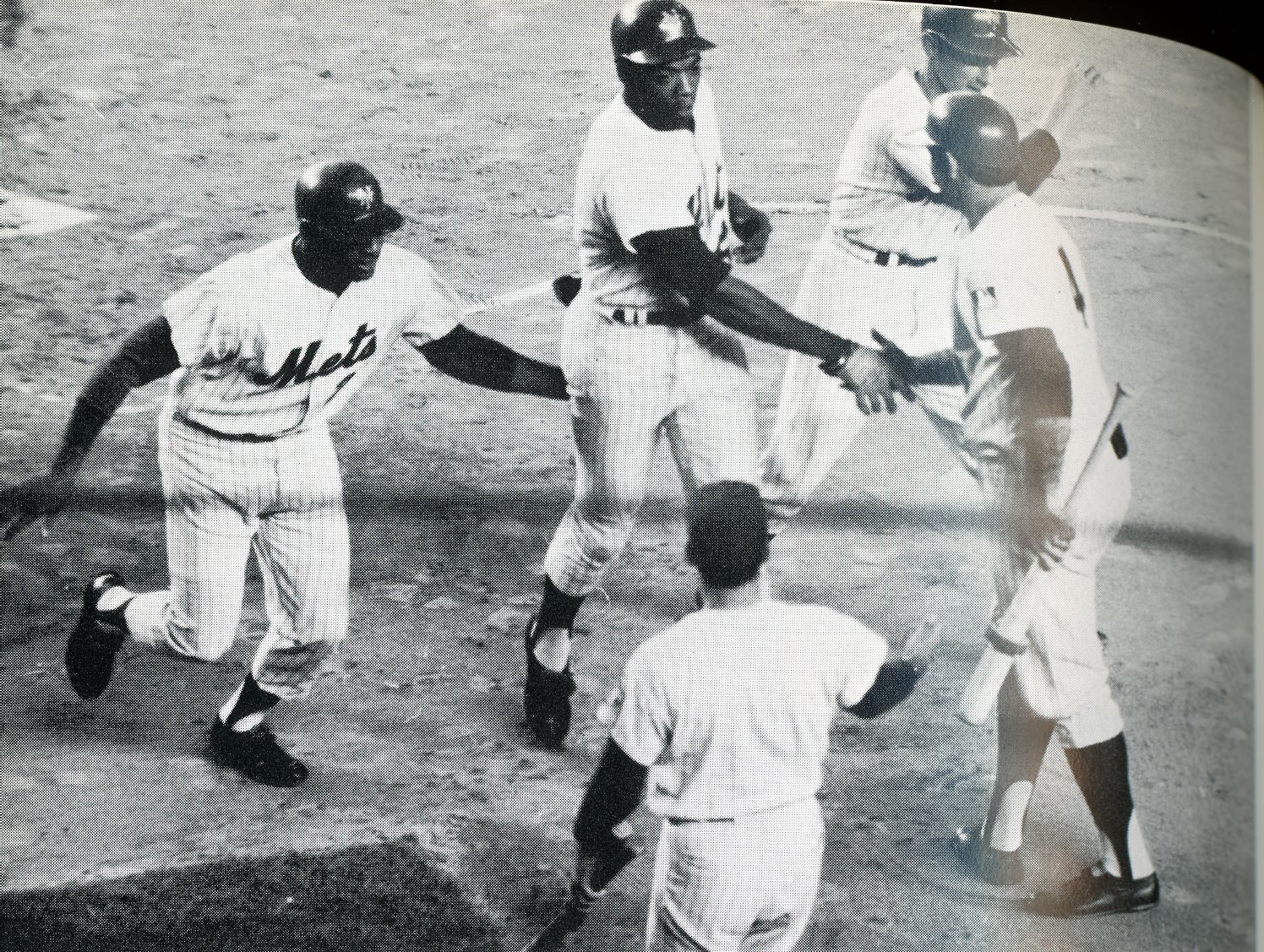 The Mets secure first place in the Eastern Division of the National Baseball League in 1969. From ‘Amazing: the Miracle of the Mets’ by Joseph Durso, 1970.

And we also have a book on their rivals, from the Bronx, the New York Yankees, founded in  1901. 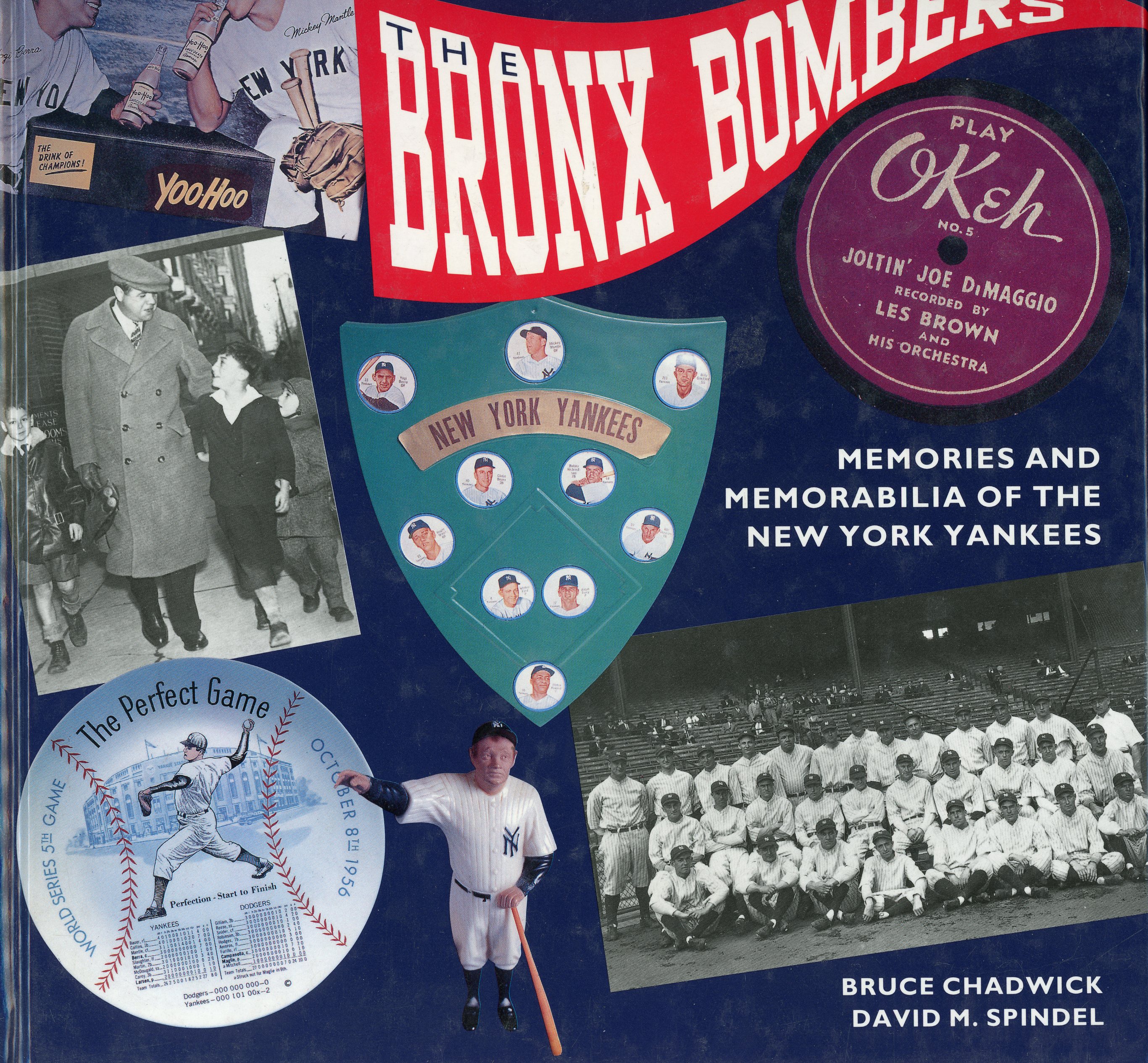 Now on to some literature and journalism from the Briggs-Blake-Zurbrugg Memorial Library. 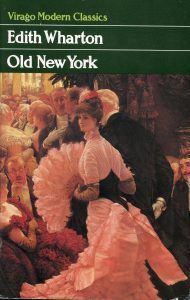 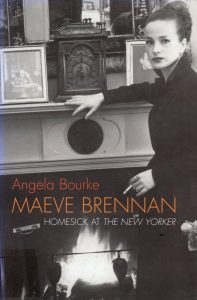 Biography of the journalist and short story writer who worked at ‘The New Yorker’ magazine in the 1950s and 60s during its most influential period. 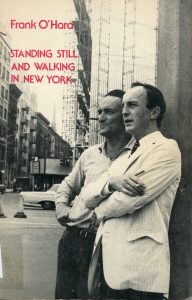 Featuring poems, notes and essays by the art curator and critic.

I hope the students ate so well!: taken from Wharton’s ‘The old maid’.

And just in case you do find yourself in a new social situation Wharton-style this Etiquette for Ladies, compiled by a Lady of New York in 1844 may come in handy… or not. 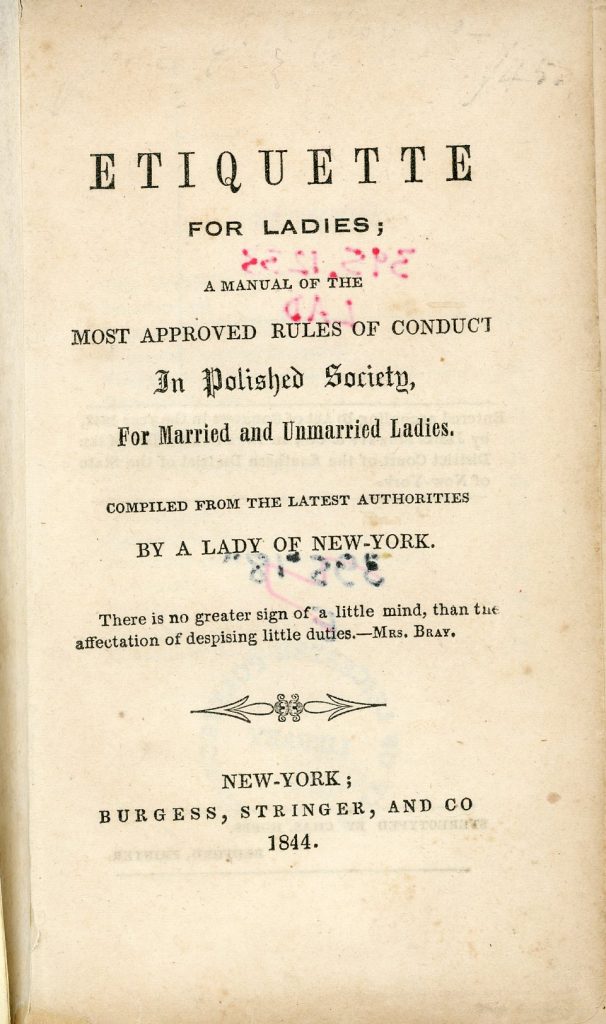 And for our final jaunt around the Big Apple some examples and images from our Photographers Gallery Library. 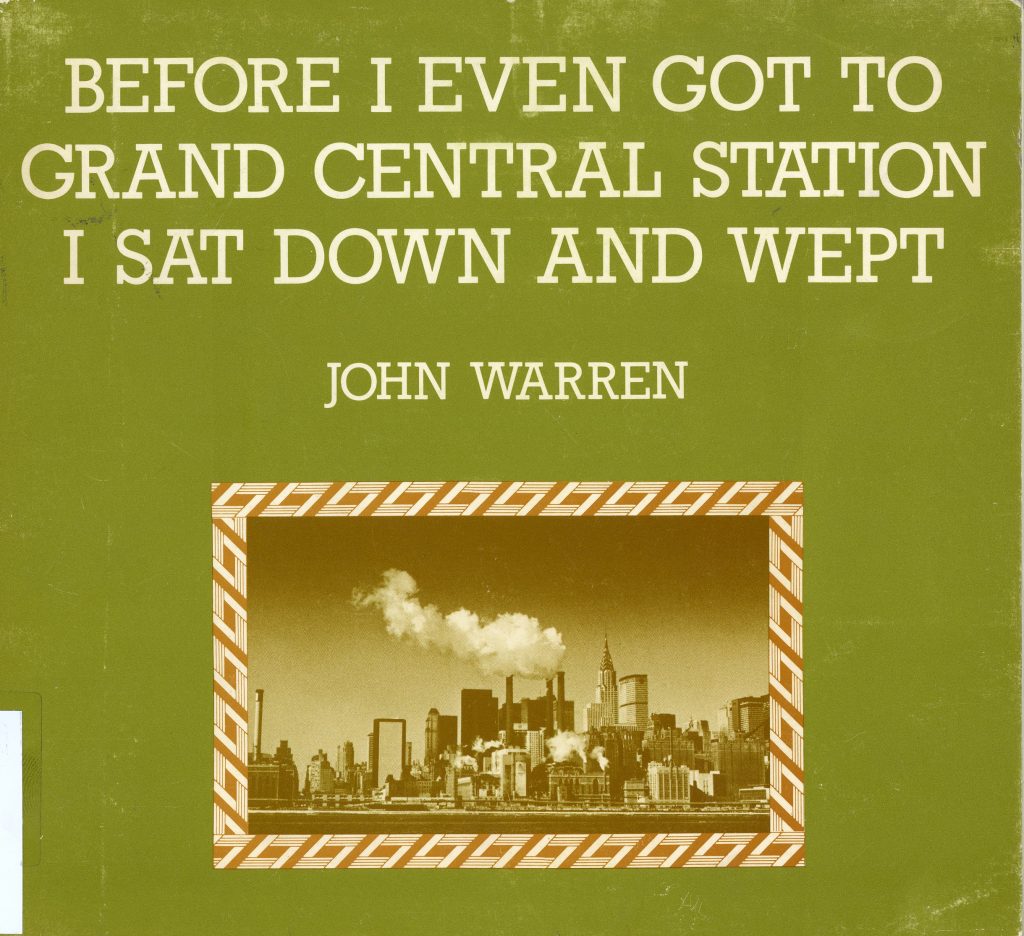 Front cover of this emotionally titled book published in 1979. 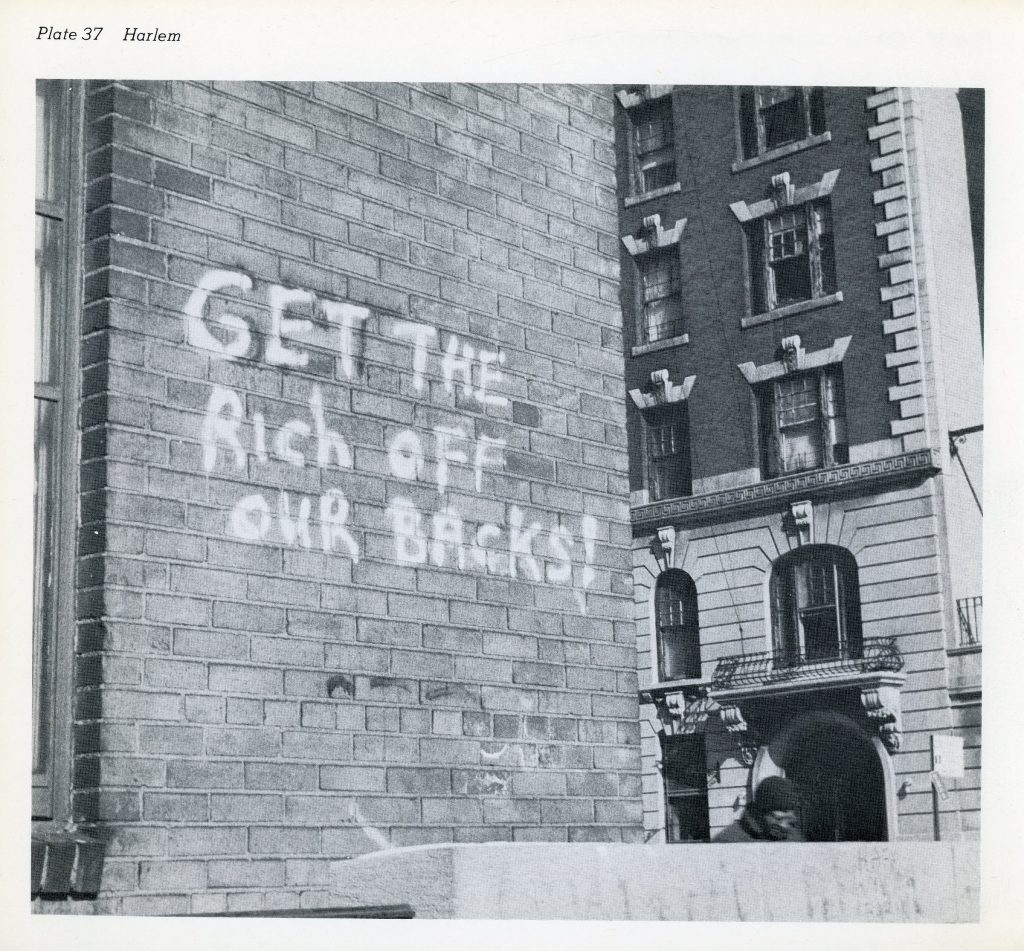 Described as an exploration of New York’s “attic”, this shot includes graffiti in Harlem 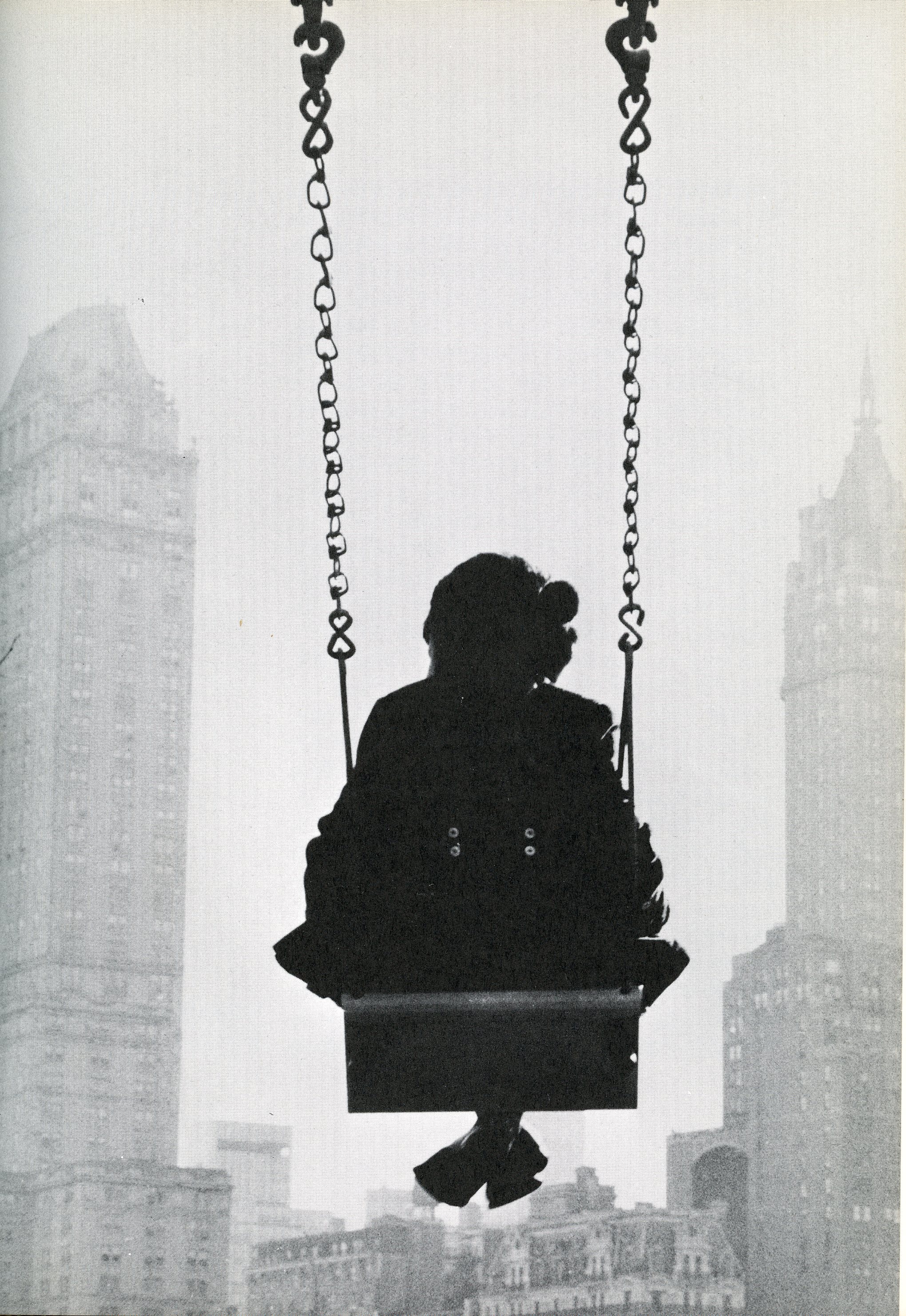 From ‘The New York I Know’ by Marya Mannes and Herb Snitzer. The image here was taken in Central Park. 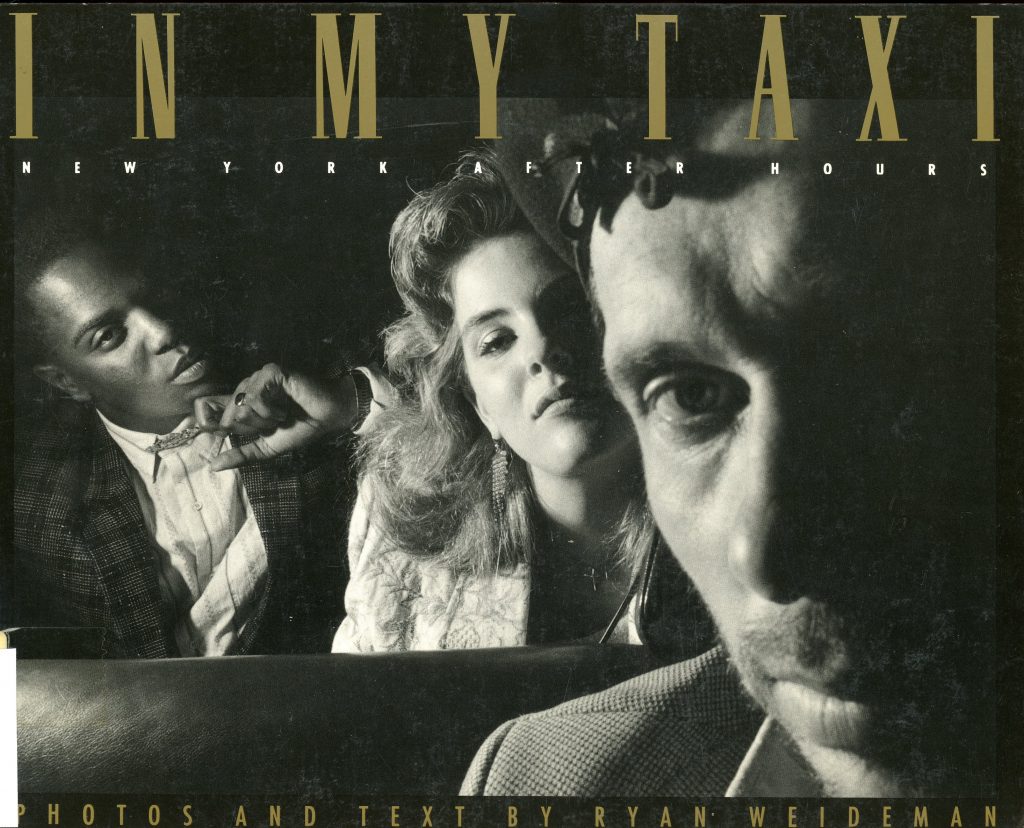 ‘In My Taxi: New York After Hours’ by taxicab driver and photographer Ryan Weideman, 1991. 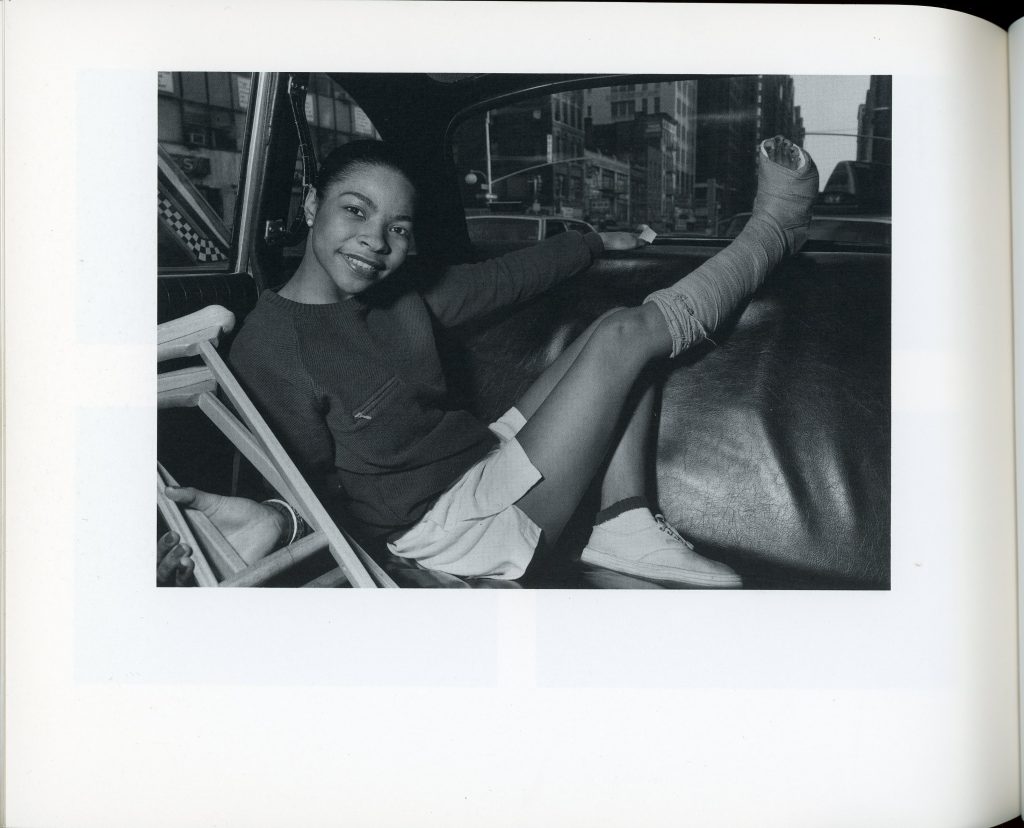 One of Weideman’s taxi fare portraits: a girl shows off her crutches and bandaged leg and foot. 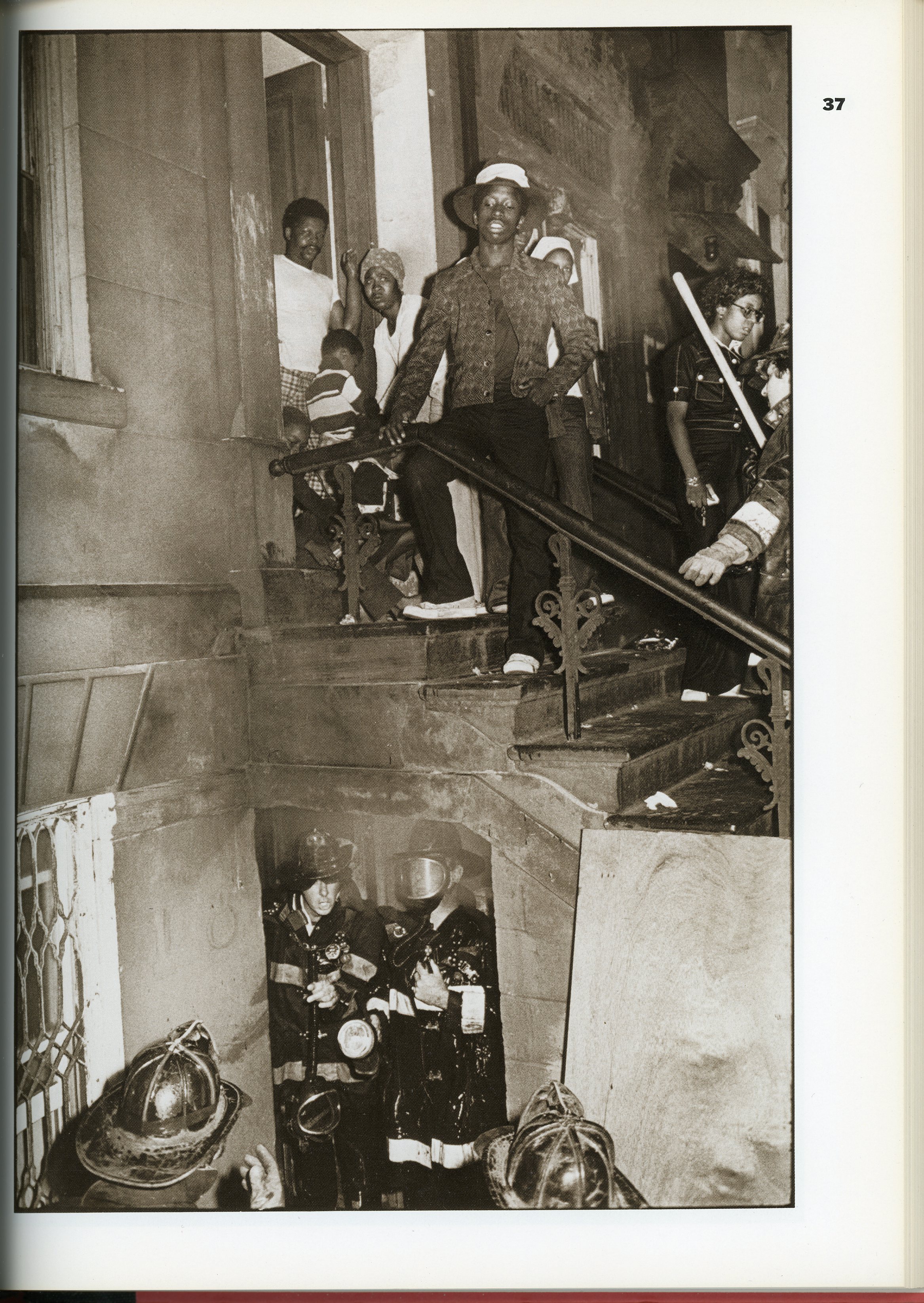 From ‘Firehouse’ by Dennis Smith and Jill Freedman a journey through the daily working lives of New York’s firefighters.

What an epic journey through our rare books. I almost feel like I’ve been to New York myself… almost!

Wishing all our staff and students a safe journey home.

All of the books included in this post, and many more in Special Collections, can be found on the main library catalogue.