For our first #ExploreArchives hashtag, #Archivecatwalk, we have an abundance of material! There is so much to choose from: fashion journals and magazines, plates and sketches and staff and student work. This is largely due to the fact that throughout its various incarnations DMU has ran many fashion and textiles courses, such as the Contour Fashion Course, which is celebrating its 70th anniversary this year. Previous courses also included dressmaking, dress design, corsetry and millinery. 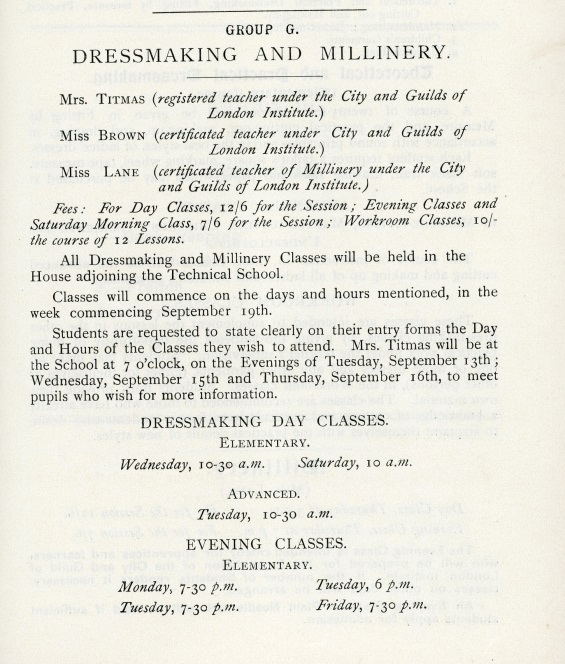 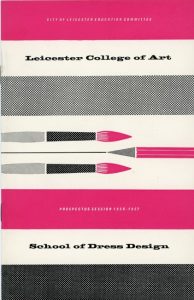 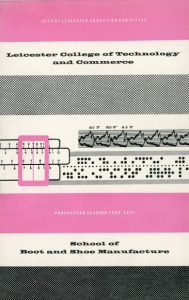 As such, over the years, the old college libraries and academics have collected some amazing and rare resources that are now housed in Special Collections.

DMU’s predecessor, the Leicester College of Art and College of technology were known for their vocational courses and links with local industry. Dress-making and boot and shoe manufacture were very much a part of these courses which have gone on to become the internationally renowned courses that they are today. Both courses are listed in our earliest prospectus, 1897-8 and we have many photographs and press cuttings. 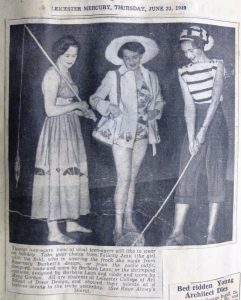 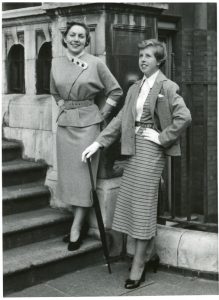 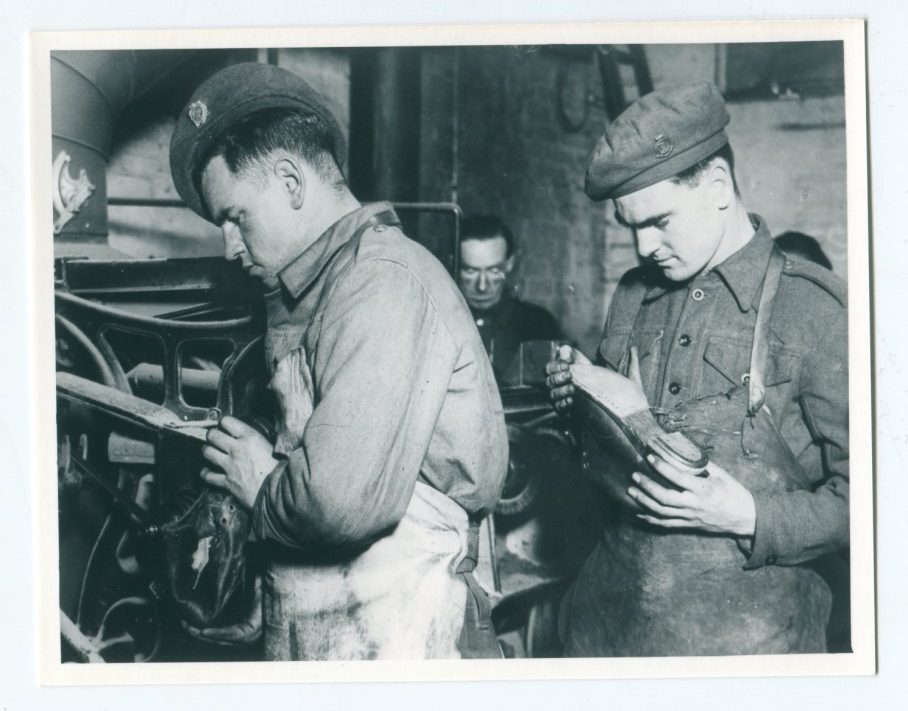 Boot and Shoe Manufacture during WWII

The Contour Fashion course was originally known as Corsetry and developed to include the design of sportswear, nightwear and lingerie. The school has also produced some notable alumni over the years such as Janet Reger and Special Collections has recently received a large collection of her design templates. Here are some pics showcasing student work over the years: 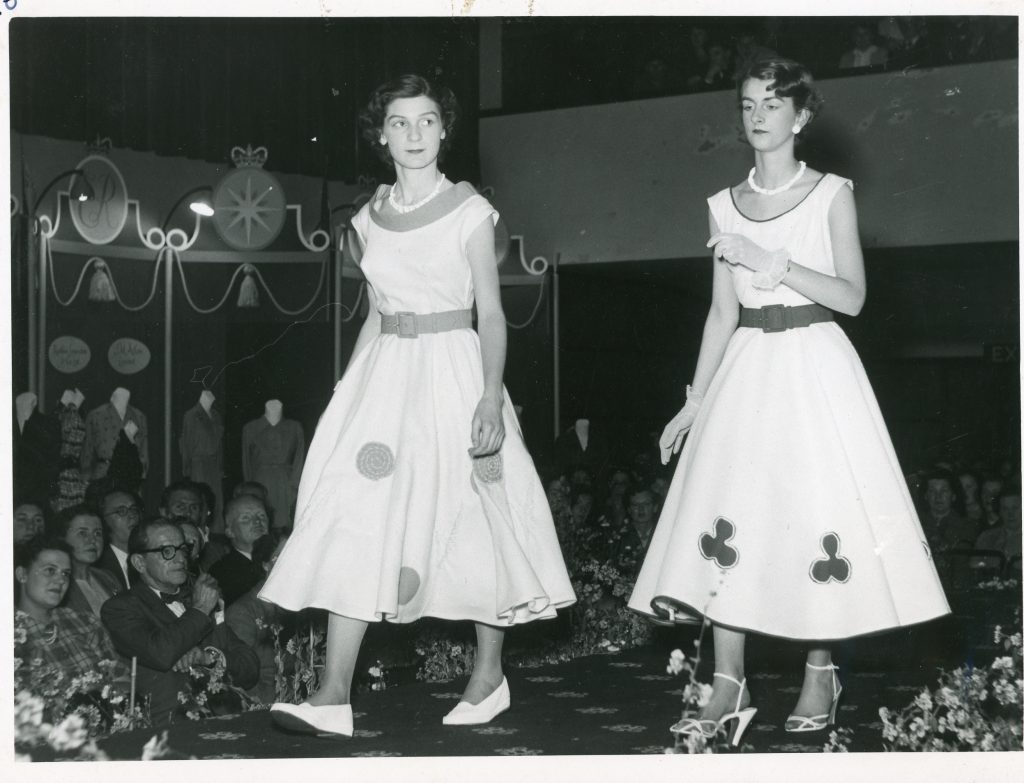 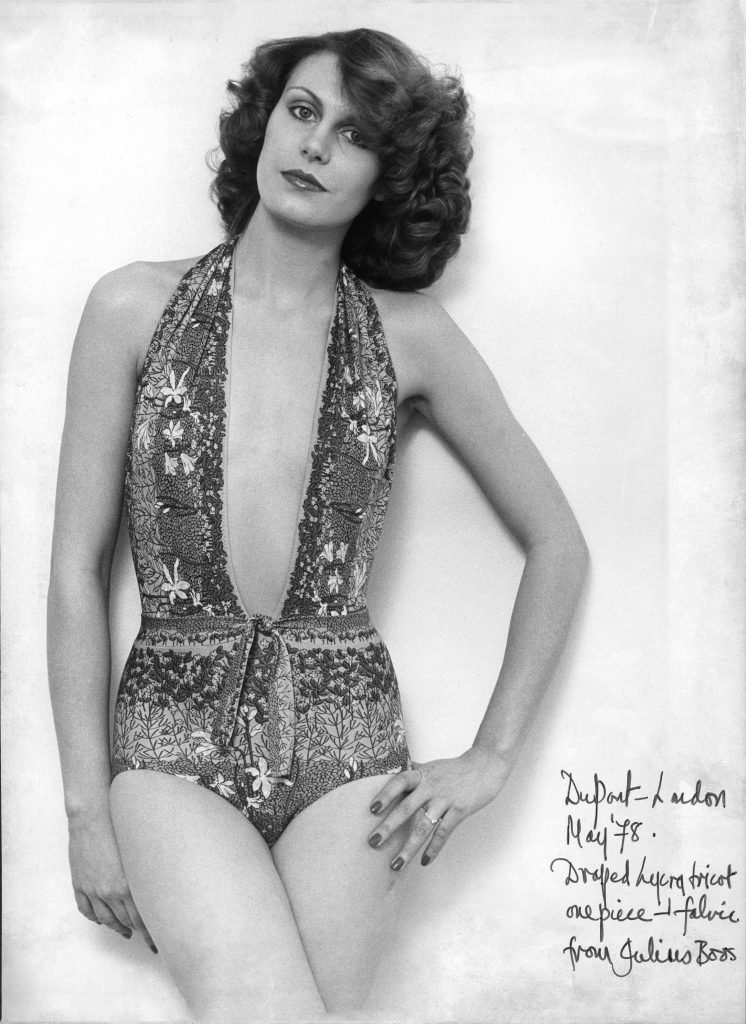 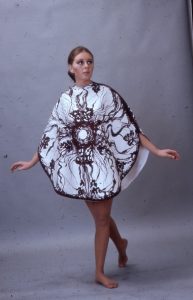 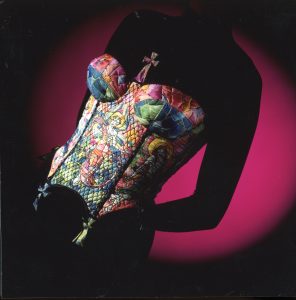 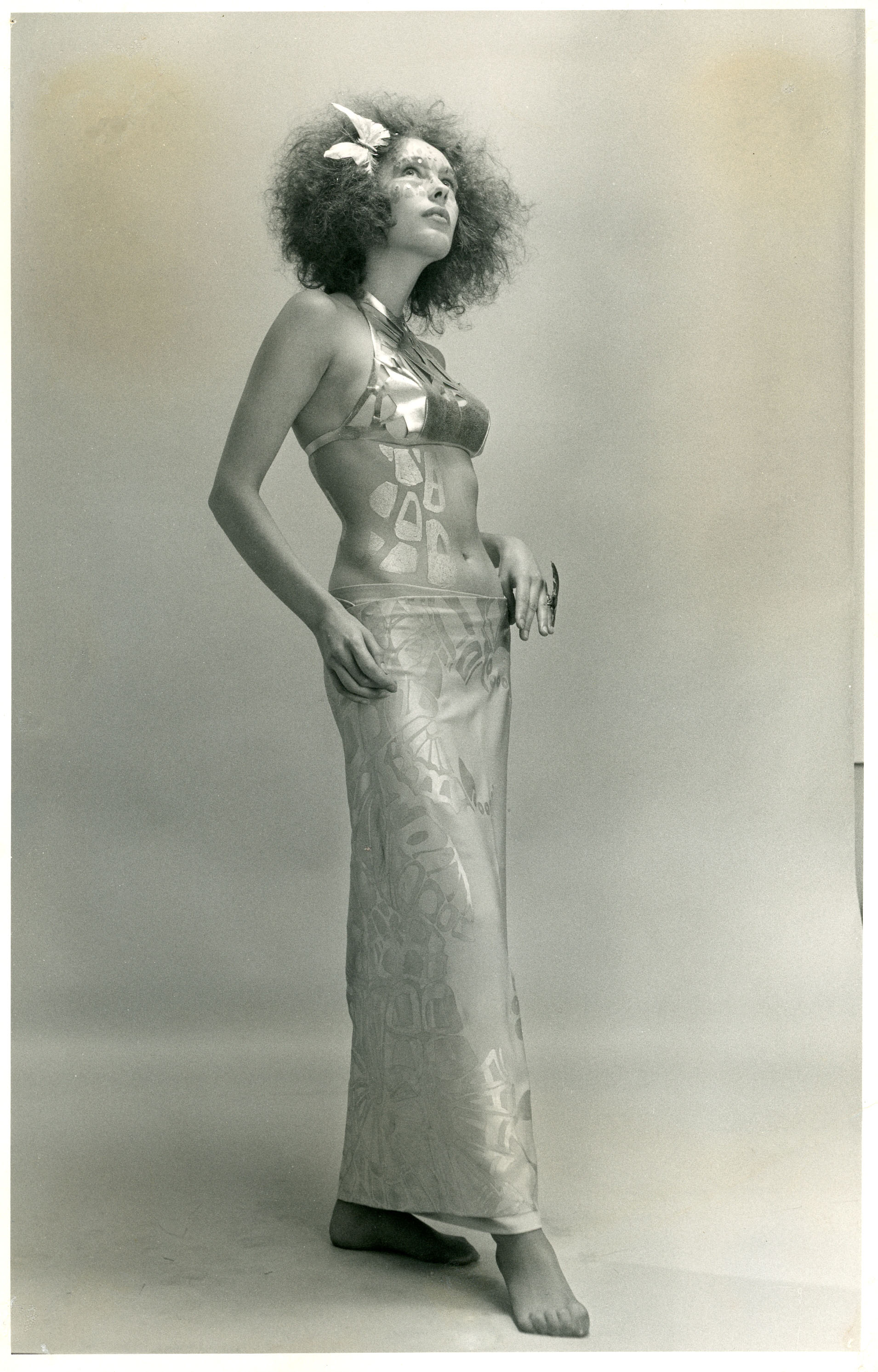 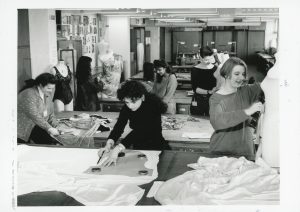 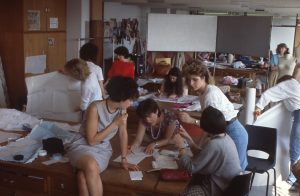 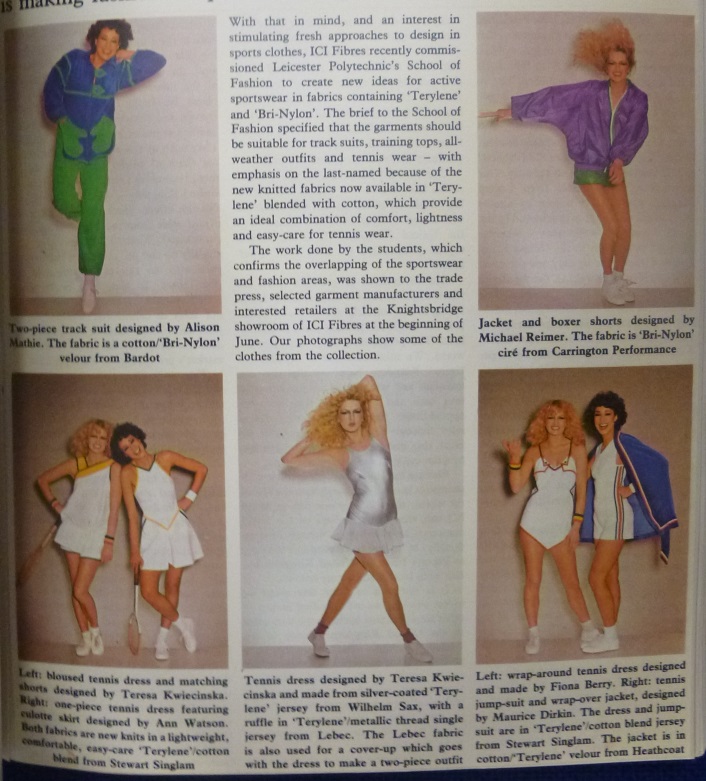 1980s sportswear. Check out that big hair. Perfect for #Hairyarchives too!

To celebrate 70 years of Contour Fashion there are currently two exhibitions on public display in the heritage Centre in the hawthorn building; one explores the history of the course, while the other explores the Symington Collection a local Corsetry manufacturers that began in the 1850s. 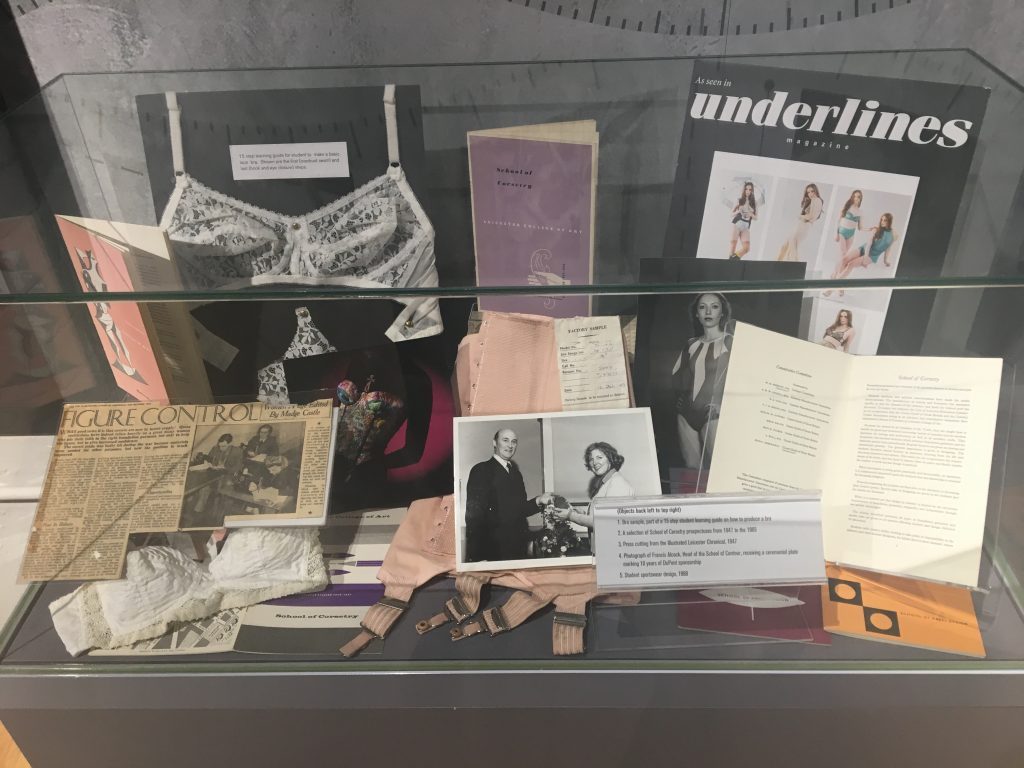 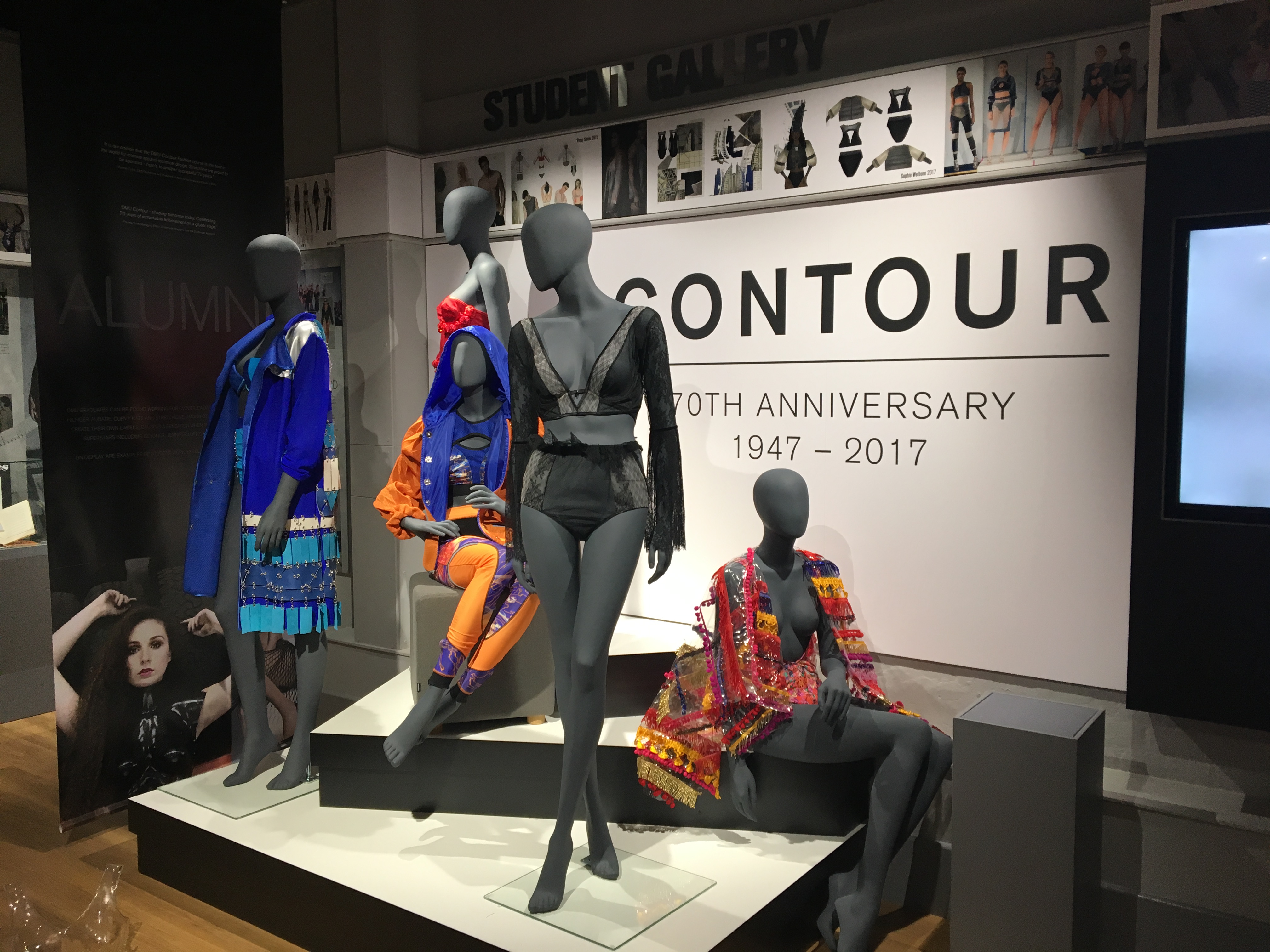 One of our most exquisite collections of fashion plate illustrations are from Chic Parisien, one of the most popular fashion magazines published by Atelier Arnold Bachwitz’s publishing company based in Vienna in the early 1900s.  This successful business was passed onto his widow, Rosine, and their daughter on his death in 1930 until the company was then seized by the Nazi party during WWII and both were murdered at Theresienstadt concentration camp. 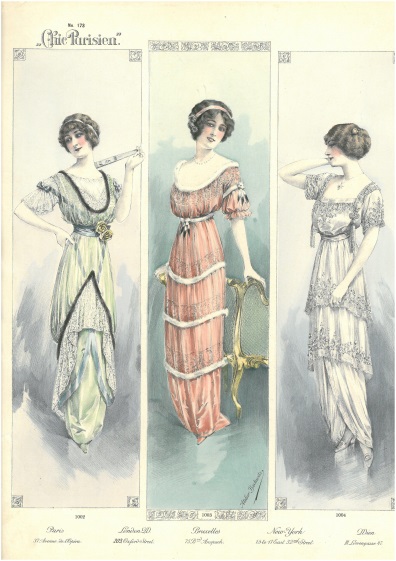 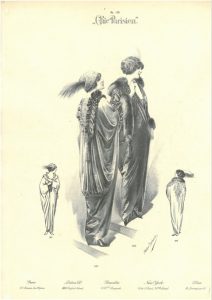 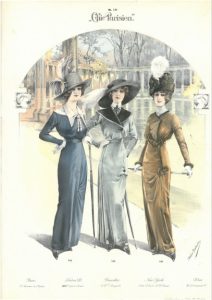 The drawings themselves feature the models are a variety of scenarios such as at the races, promenading in the park or by the sea, and at evening functions or balls. Some plates include descriptions of the clothing and reports on the latest trends, in French or English. There are a small number of illustrations of fashion for teenagers and younger girls. 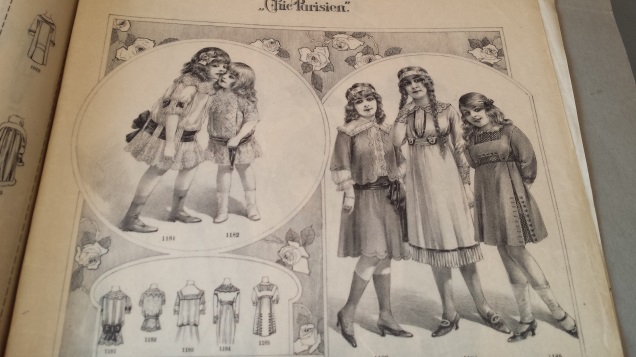 While none of the plates are dated, one report mentions the craze for the ‘Turkey Trot’ dance, which was invented in 1909 and died out by 1914, dating the fashions to these years.

Early women’s magazines (like their contemporary counterparts) also featured illustrated fashion pages like these from the Ladies’ Treasury 1896 and the Lady’s Pocket Magazine, 1830. 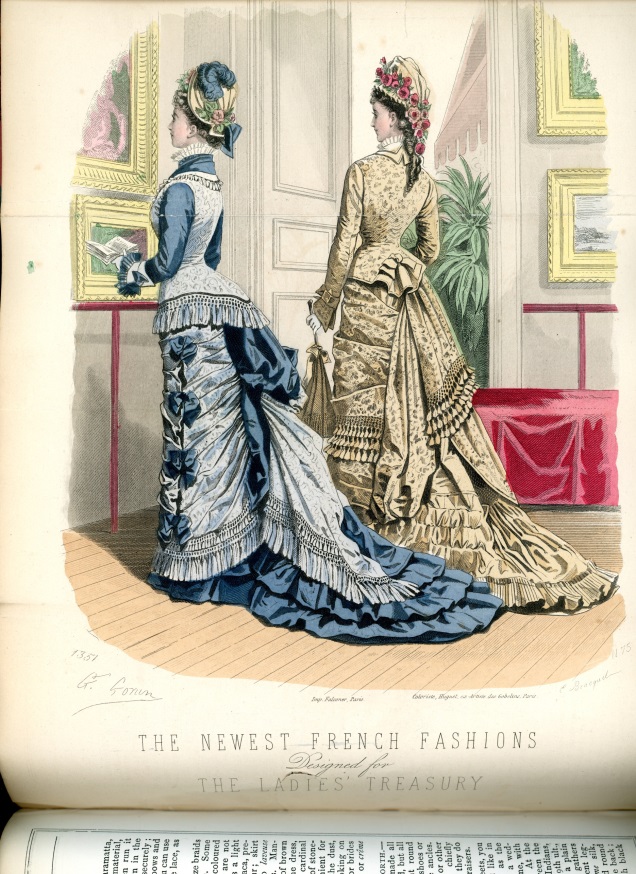 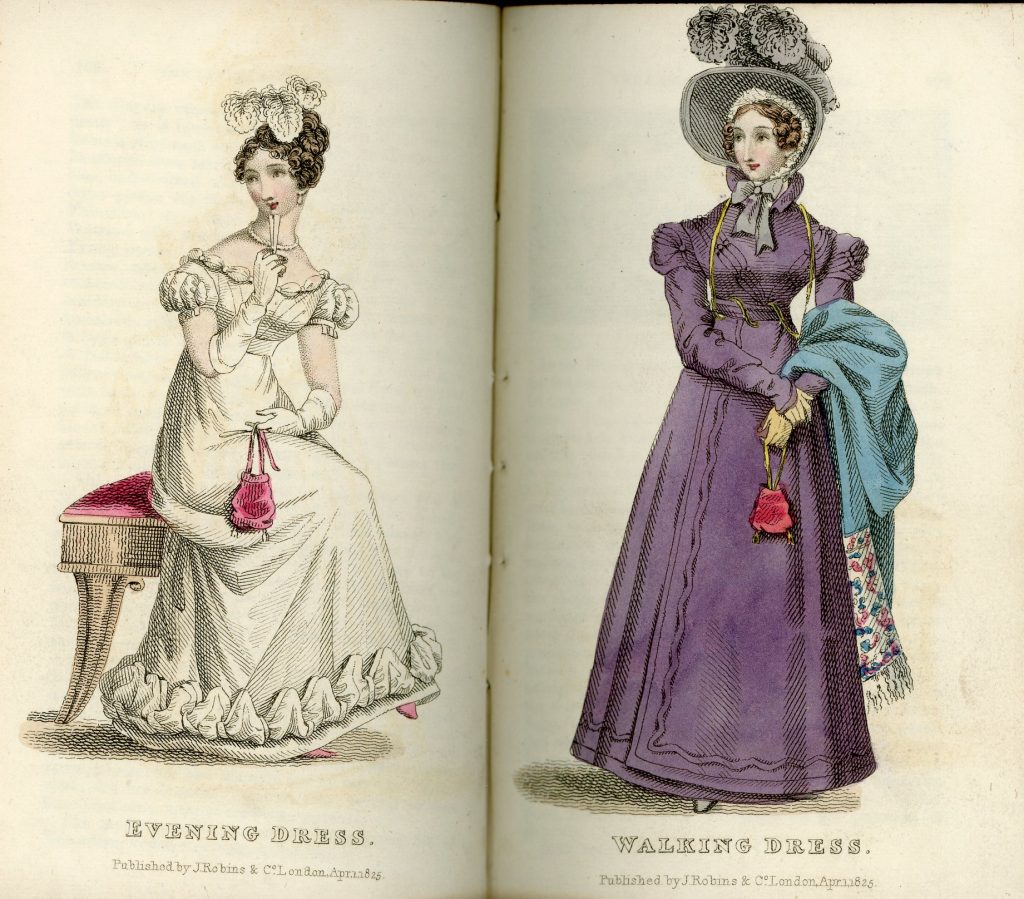