There have been many significant anniversaries during 2018, not least the 100 year anniversaries of the end of the First World War and of the passing of Representation of the People Act allowing (some) women to vote. It has also been 50 years since the assassinations of Martin Luther King Jr and Robert F Kennedy.

For this post I wanted to focus on a different but no less significant milestone: the 1918 Education Act. Known as the Fisher Act, this raised the school leaving age from 12 to 14, abolished fees in state elementary schools, and introduced more special needs education. Most significantly for the history of DMU, it promoted a system of part-time continuation day classes for those aged 14 to 18. This was an early form of  secondary technical education, aimed at allowing teenagers who had to enter the workforce to continue with some education, usually relevant to their trade.

At this date, the Leicester Municipal Technical and Art School provided a mixture of day time and evening classes, with the majority of students attending part time. Classes were aimed at all levels and fell into what we would consider a broad range of secondary, further, higher and adult education. LMTAS was exactly the kind of institution which was geared towards the provision of continuation day classes, and in response to the Act the Junior Day Craft Classes and the Junior Technical School were established. The prospectuses provide more detail about the work of the schools: 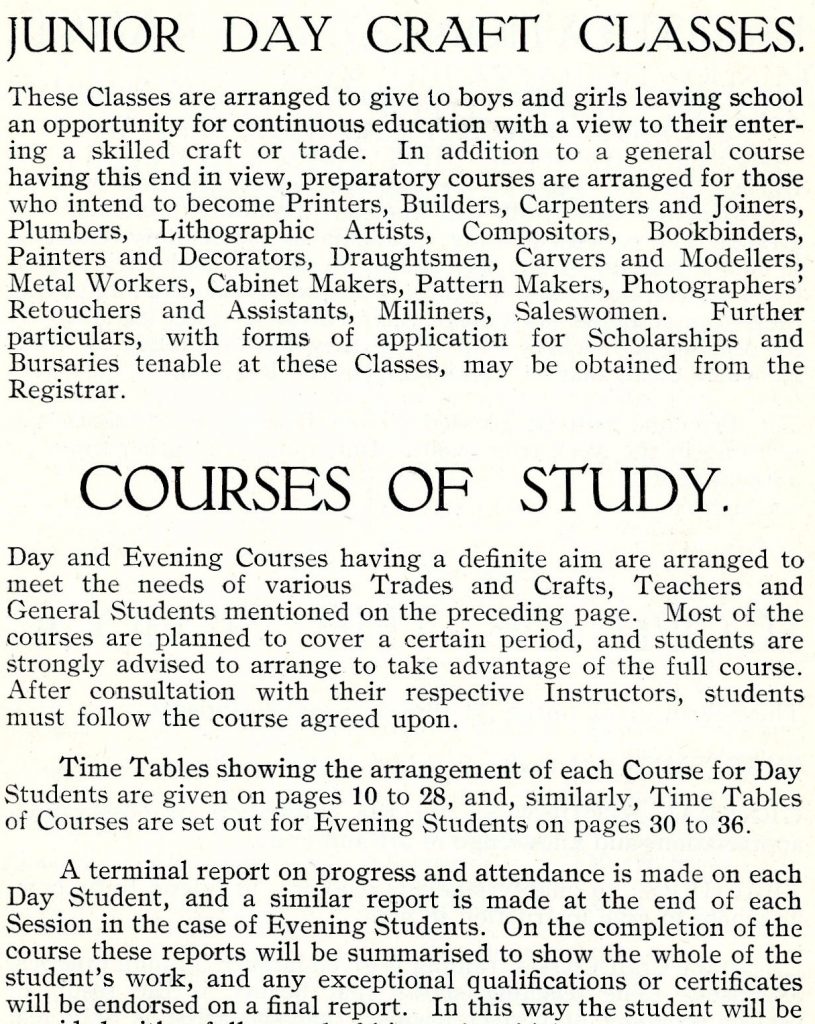 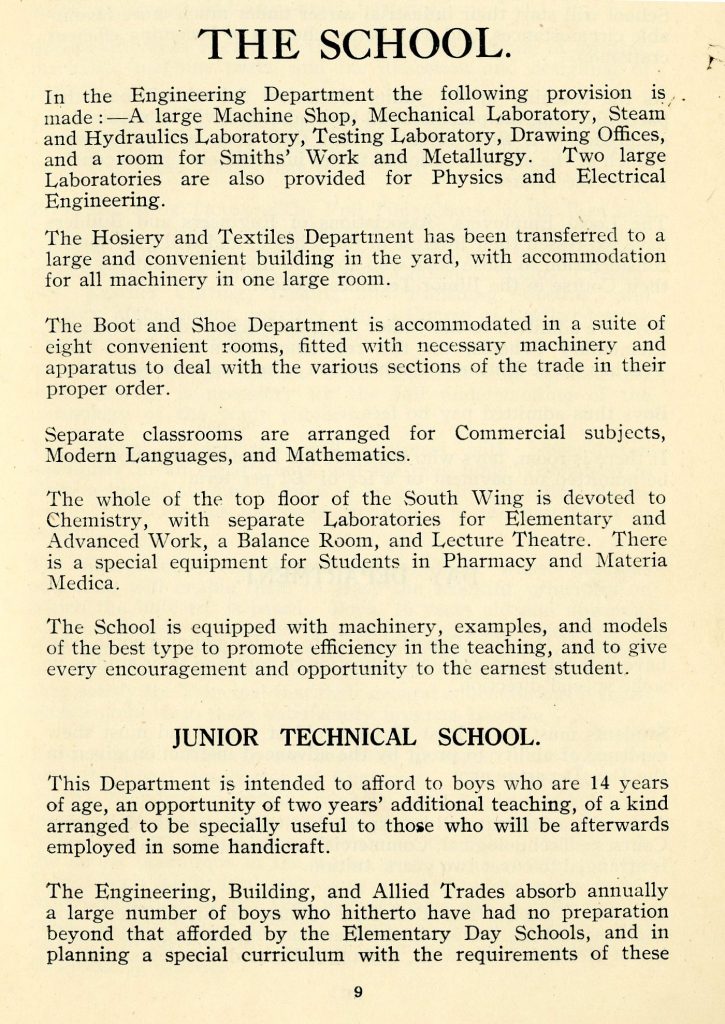 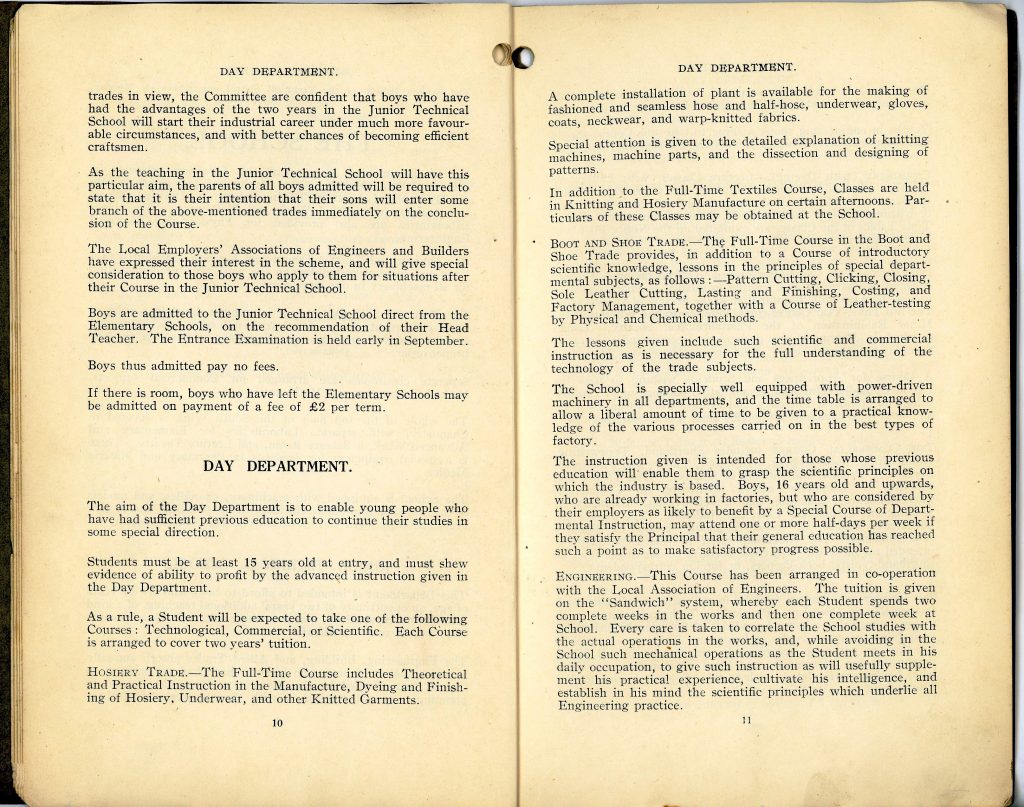 The 1918 Education Act recognised that young people entering the workforce needed to have the opportunity to learn and improve their skills as much as those fortunate enough to go to a grammar school and undertake a classical education. DMU’s predecessors were focused on providing vocational courses that would benefit the industry of the town, and their junior classes proved to be very successful.

When I was 13 every careers questionnaire I did at school suggested I become an archivist. In rebellion I studied History of Art at Cambridge and the Courtauld Institute before giving in to the inevitable and undertaking a qualification in Archives Administration at Aberystwyth University. I worked at King’s College London Archives and the London Metropolitan Archives before becoming the Archivist here at DMU in January 2013. My role is hugely varied: answering enquiries and assisting researchers, sorting, cataloguing, cleaning and packaging archival material, managing our environmentally controlled storage areas, giving seminars, talks and tours, researching aspects of University history, liaising with potential donors and advocating for the importance of archives within the organisation. I am one of those incredibly fortunate people who can say ‘I love my job’ and really mean it.
View all posts by Katharine Short →
This entry was posted in Archives, Explore Your Archive. Bookmark the permalink.