The theme of animals is particularly significant to the symbolism of both Leicester and De Montfort University as the DMU lion featured in the university’s logo has a long history that is connected with the city’s heraldry. Taken from a previous post exploring the DMU logo and Leicester Coat of Arms the following features the animal-related  highlights:

Pictured below, Leicester’s city arms have two lions holding up a shield which is decorated with a cinquefoil (a French word meaning ‘5 leaves’). A helmet with decorative mantling sits on top of the shield, crested by a wyvern. Often mistaken for a dragon, the wyvern is similar but only has two legs. The motto ‘semper eadem’ means ‘always the same’. 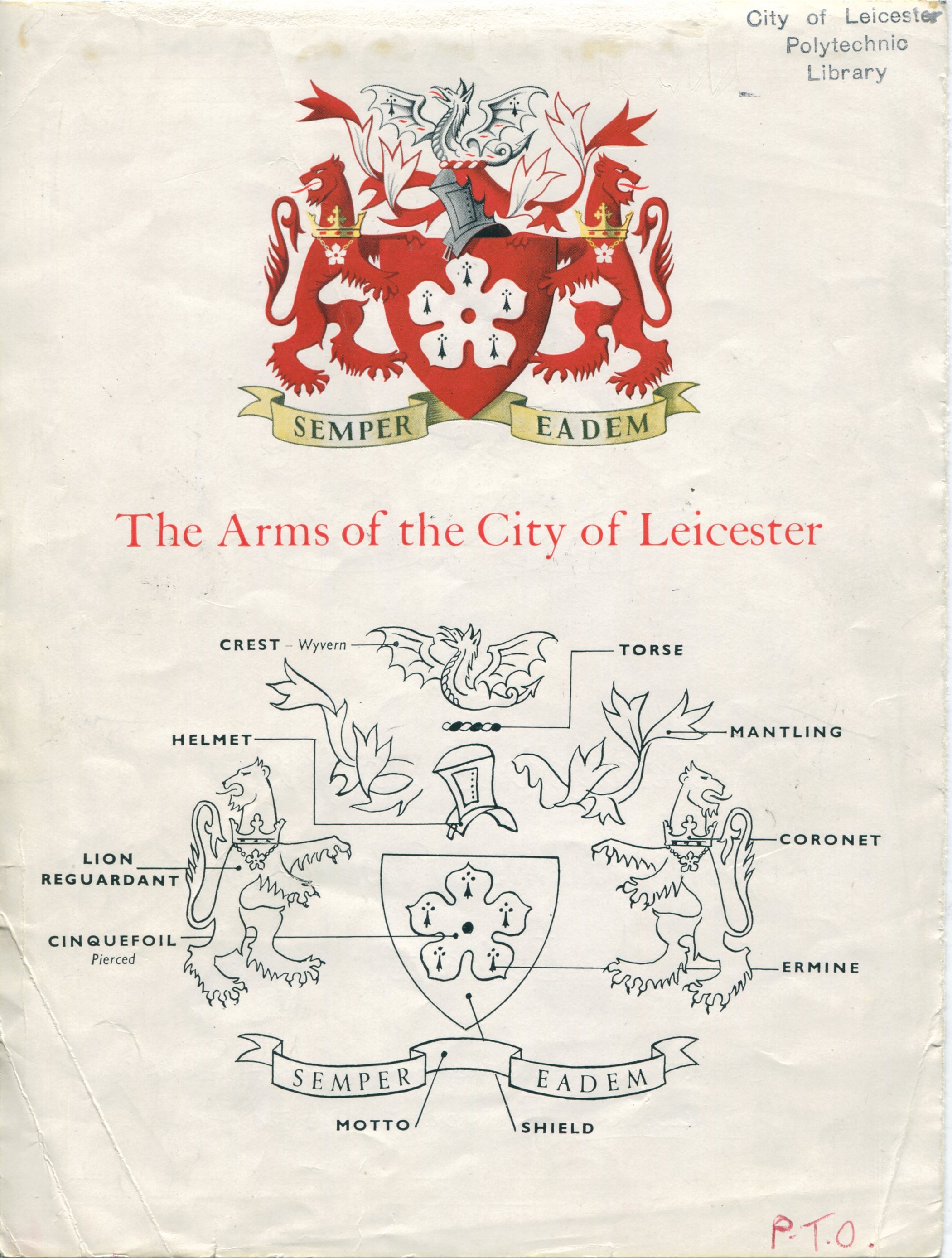 When the school transitioned into a Polytechnic, it was given its own coat of arms, which incorporated elements from the old coat of arms including the lion and the cinquefoil. A kestrel was added and the motto changed to ‘excellentia et studium’, meaning ‘excellence and zeal’.

At the creation of DMU in 1992, a new logo was designed but still maintained continuity with the old coat of arms. Therefore a lion was chosen, with the cinquefoil embedded in his mane, echoing the previous logo and the Leicester coat of arms.

Such a fascinating story and one that has developed over the years to include animal descendants one of which is our very own Kimberlion – the lion mascot for the Kimberlin Library.

This entry was posted in Archives, DMU History, Explore Your Archive, Special Collections. Bookmark the permalink.