To kick off this year’s #FolkloreThursday then we have the theme of #Beginnings and what better way to start than by having a brief foray into one of the founding myths of the city of Leicester.

Browsing through our local history section reveals that Leicester’s origins are often associated with the writings of medieval chronicler, Geoffrey of Monmouth who claimed that King Leir (Lear) founded Leircester aka Leicester in 800 BC. 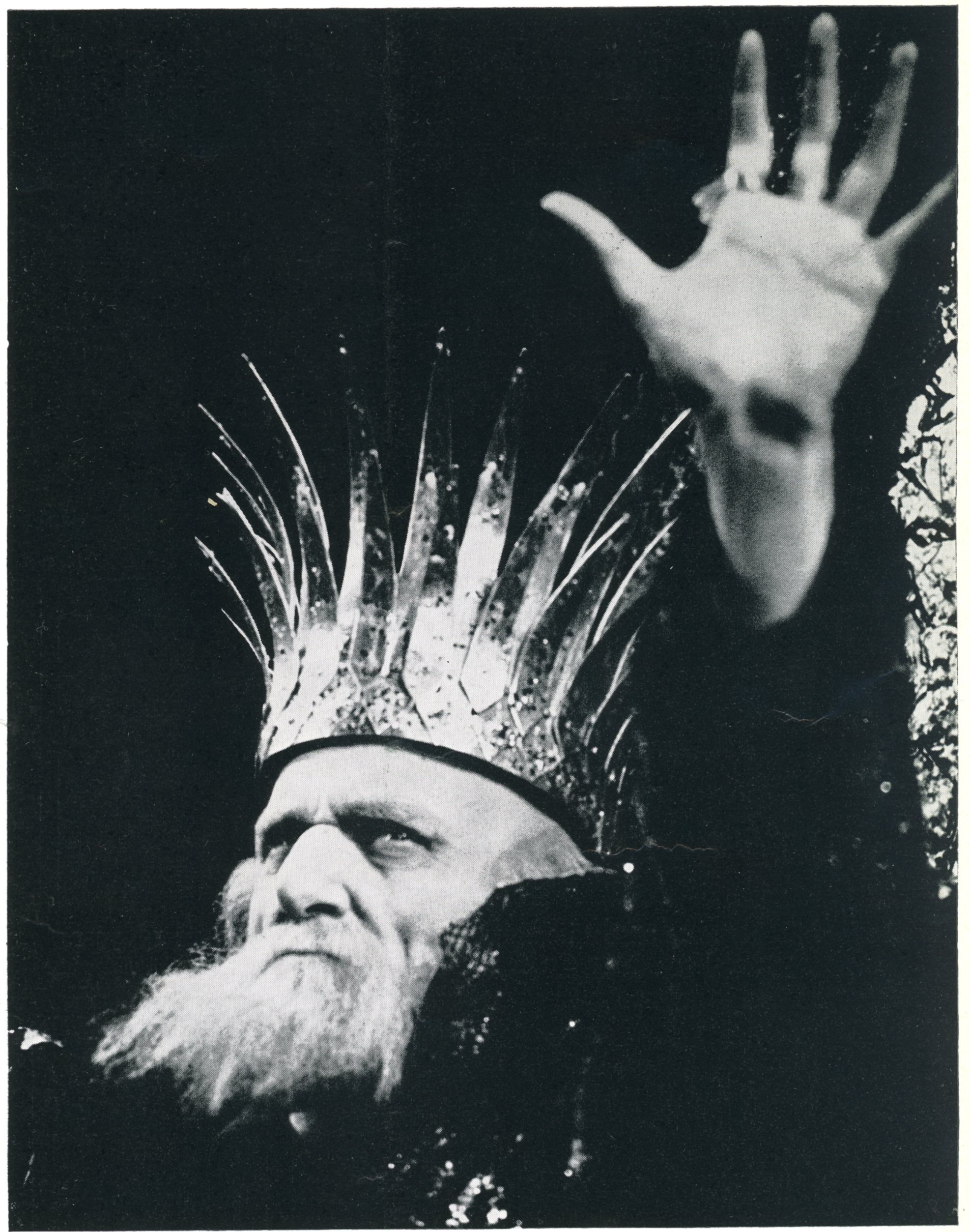 Eric Porter as King Lear in a 1968 programme of a Royal Shakespeare Company production. From our Theatre Archive Project collection.

While this is not really taken seriously by any self-respecting historian it is referenced as a part of the mythology of the area in James Thompson’s History of Leicester (1849), and Mrs Fielding Johnson’s Glimpses of Ancient Leicester (1906).

King Lear, has of course been immortalised as the tragic king in Shakespeare’s play whose descent into madness and death also brings about the death of his beloved daughter, Cordelia.

Lear with his three daughters, Goneril, Regan and Cordelia

A part of the mythology of the story suggests that Lear was buried close to the edge of the River Soar,  once known as the River Leir, where the remains of the Roman bath, Jewry Wall, can be seen today:

With such a literary flavour to our city’s history it seems only fitting to mention our Theatre Archive Project collection featuring many Shakespeare related programmes and playbills: 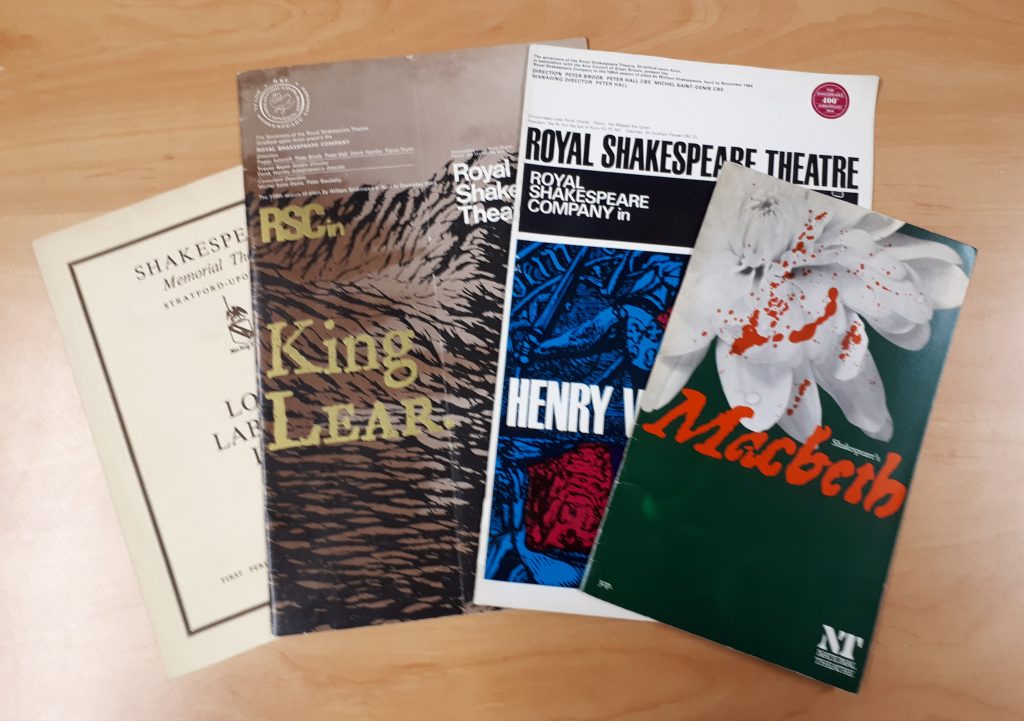 And the Briggs-Blake-Zurbrugg Memorial Library that comprises a range of Shakespeare criticism: 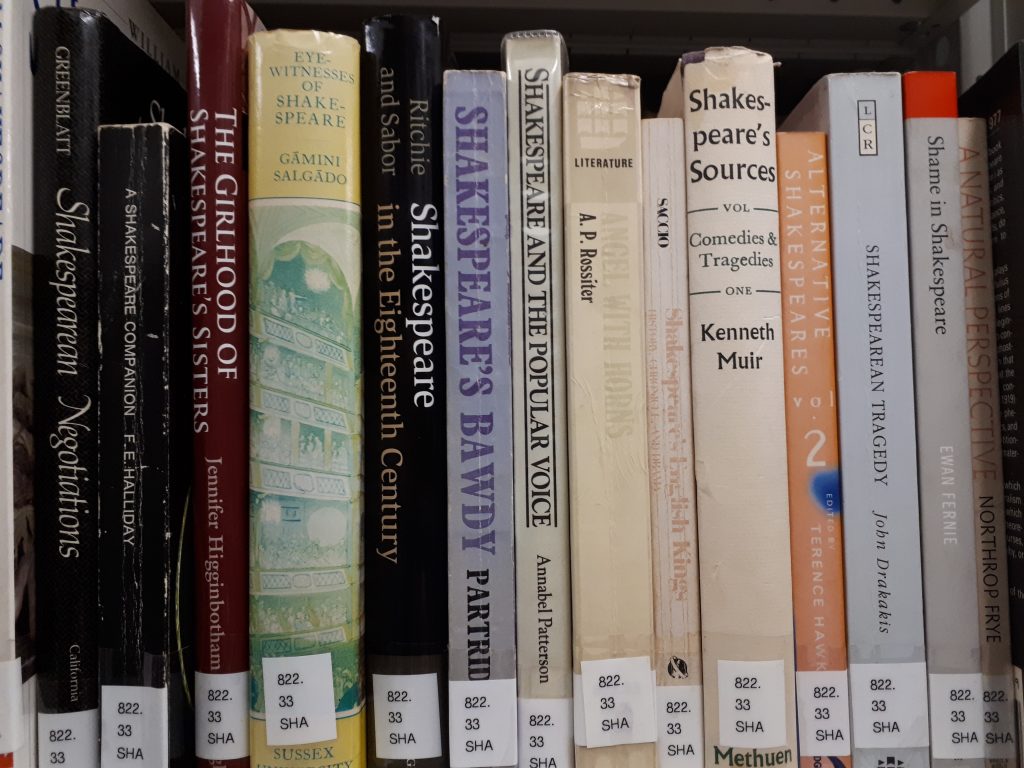