Today is International Women’s Day and as a way of showing our support for the campaign to make a more inclusive gender equal world we wanted to showcase one of our collections that we felt reflects this year’s theme #Beboldforchange: the Papers of Bryony Lavery.

Feminist playwright, Bryony Lavery was awarded an Honorary Doctor of Arts from DMU in 1998 and she donated her papers to the archive in 2011. Associated with feminist and socialist theatre groups such as Monstrous Regiment and  The Women’s Theatre Group she has also been artistic director for Gay Sweatshop and Female Trouble. 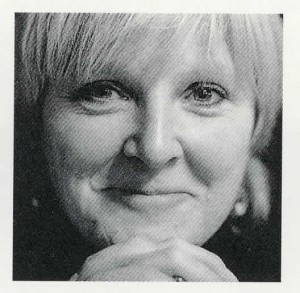 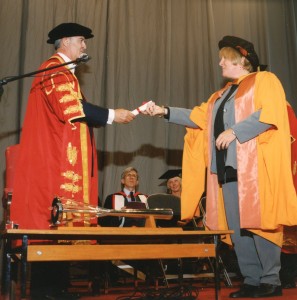 Lavery was born in Wakefield, Yorkshire, in 1947. To date, she has written over 60 plays, many of which have all-female casts and include feminist and queer themes. Some of her most well-known works include Origin of the Species (1984), Peter Pan (1991), and Frozen (1998). The latter won the TMA Best Play Award and was nominated for 4 Tony Awards when it appeared on Broadway. 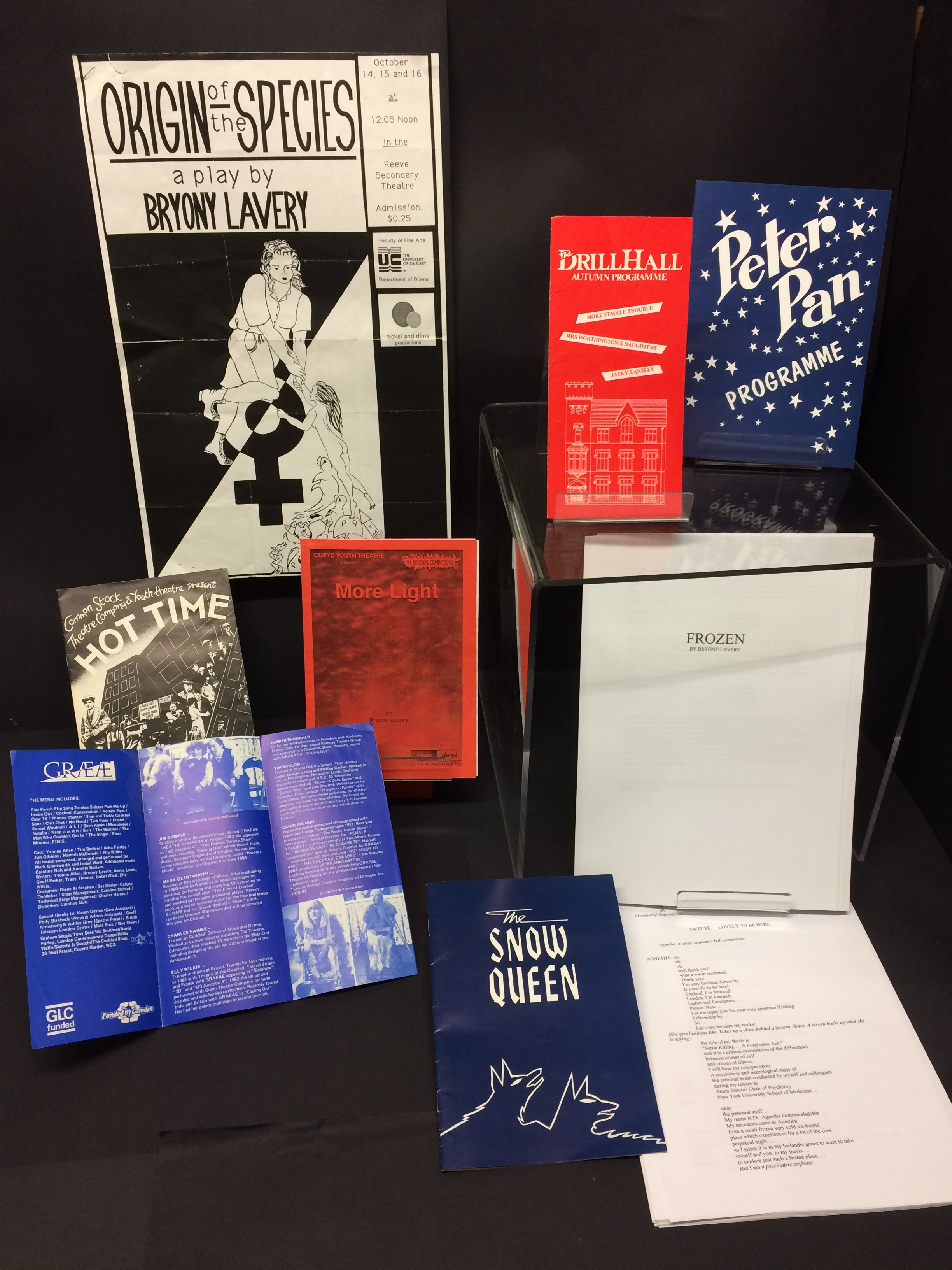 A selection of material from the collection including theatre programmes, posters, flyers and scripts.

Much of Lavery’s work can be considered from an adaptation perspective as she draws on historical events and well-known literary works and films for inspiration and as a means of challenging patriarchal and gender norms in narratives as well as in real life.

Examples include,Witchcraze (1985) , a masked play with only three actors that charts the history of witches and witchcraft across the centuries, encouraging us to consider how women who do not conform become societies’ scapegoats or “witches”: 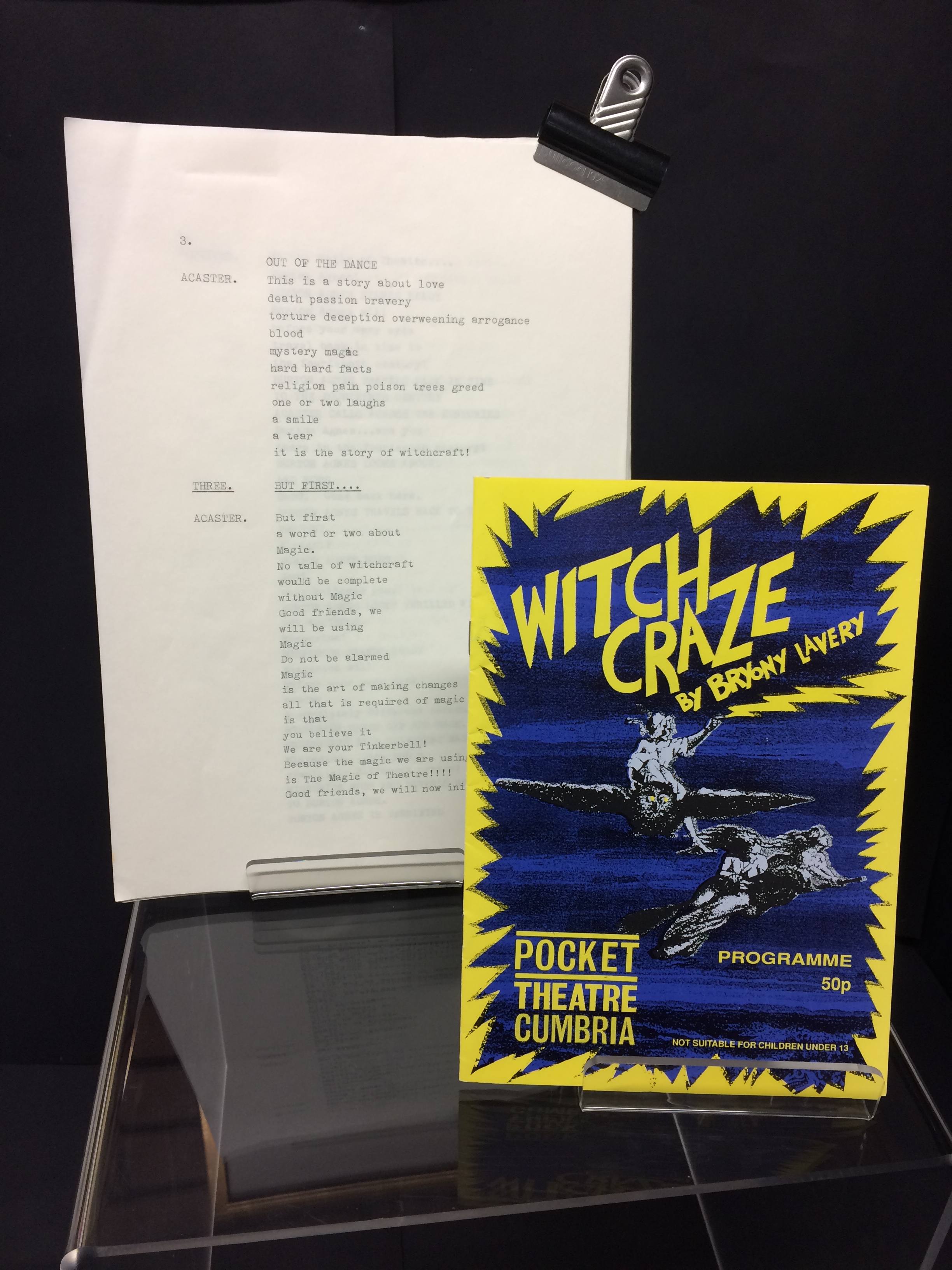 Theatre programme and script for ‘Witchcraze’

Her Aching Heart (1992), a Gothic lesbian romance and pastiche of the Mills & Boon genre: 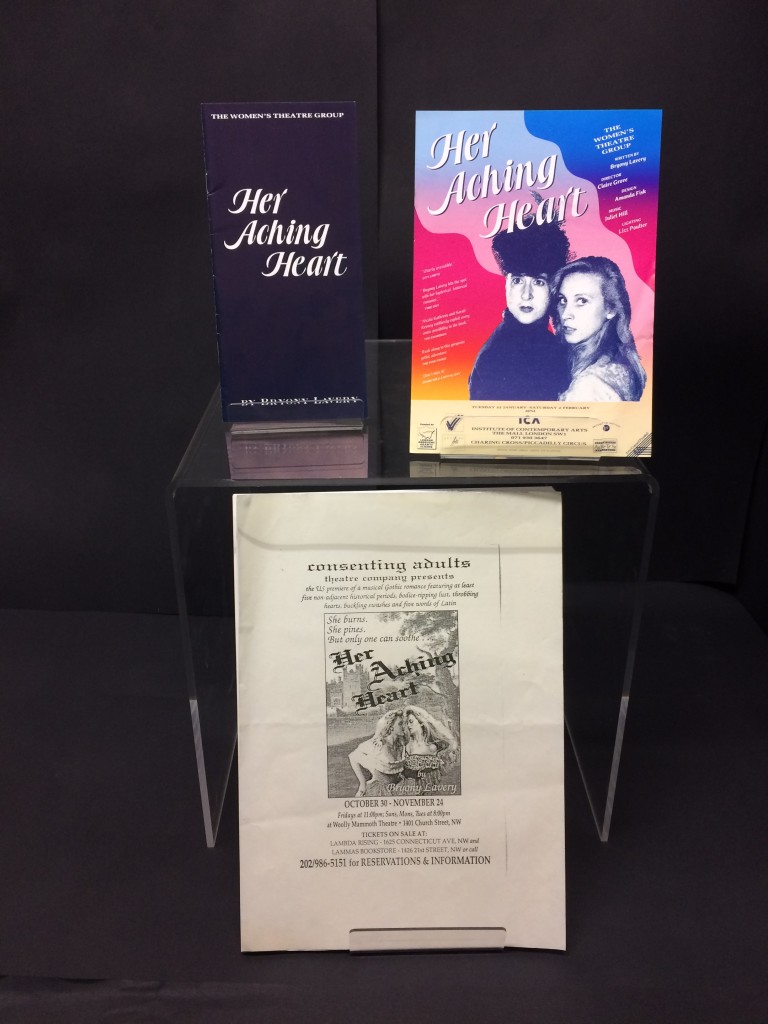 Promotional material for ‘Her Aching Heart’

and Ophelia (1996), a retelling of Hamlet from the perspective of its traditionally tragic heroine: 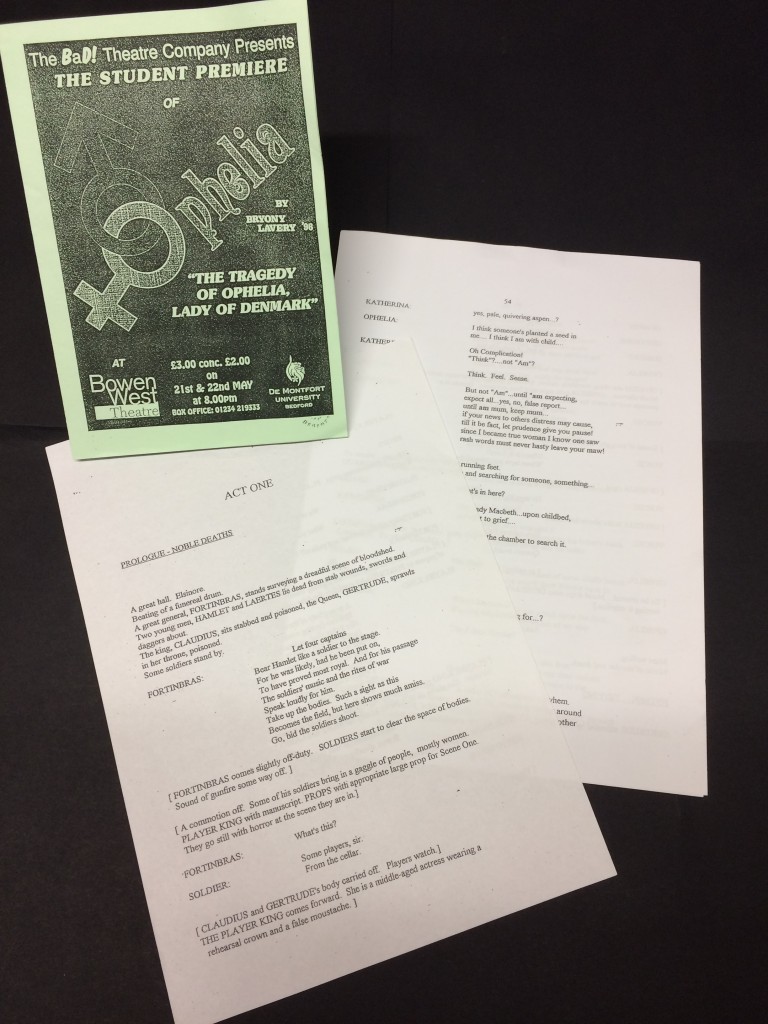 The collection includes a diverse range of materials, including play scripts, sound recordings, reviews, playbills, proposals for radio and television dramas, and project files. As well as writing fictional works, Lavery has also been involved in many other creative projects, producing educational sketches and courses that raise awareness about gender issues and promote gender equality. Materials in the collection that refelct this work include drafts of plays and workbooks on family planning, ‘Developing Women Managers’, challenging the glass-ceiling, and sexual harassment in the work place. 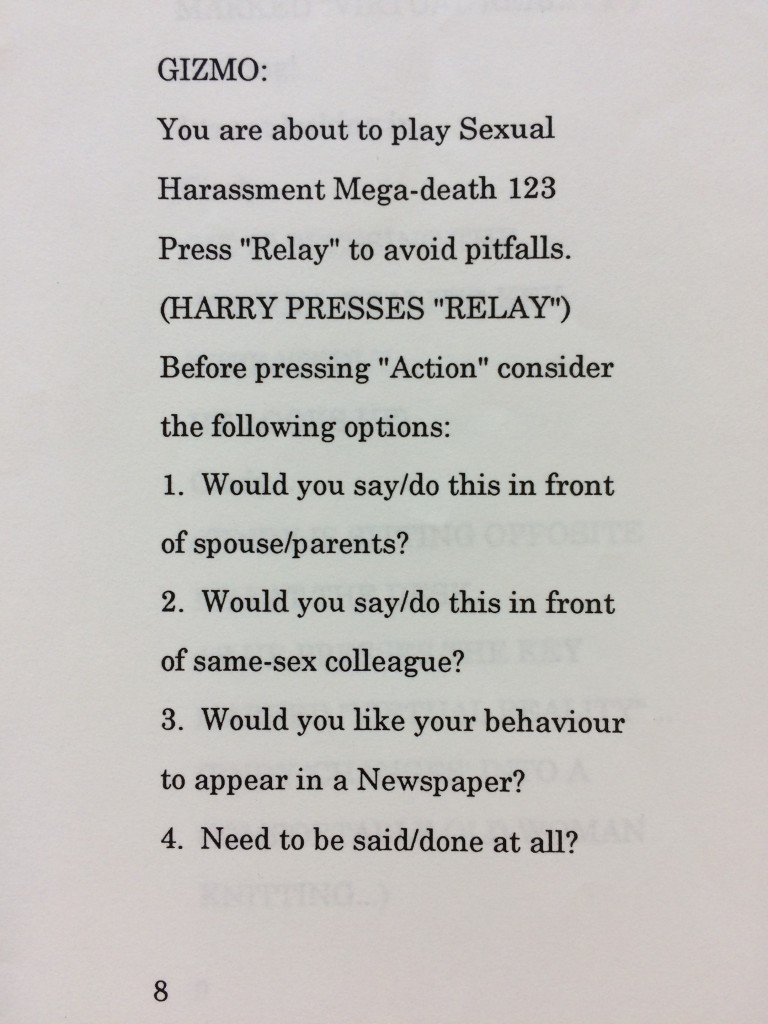 How to identify if an action constitutes sexual harassment. From the vignette, ‘Everyday Encounter’ which includes characters Cindy and Harry the Harasser c. 1995.

Bringing humour and wit to some serious and challenging issues Lavery’s creative take invites us all to “be bold” and to strive for change to accelerate gender parity.

This has to be one of my favourite collections in the archive!