In anticipation of DMU’s latest #Loveinternational event scheduled for tomorrow, we thought we would show our support by highlighting how DMU and its predecessors has always had an international outlook that actively promotes tolerance and compassion.

On this day in 1980, the Leicester Mercury reported on how DMU and its students  took action to help refugees: 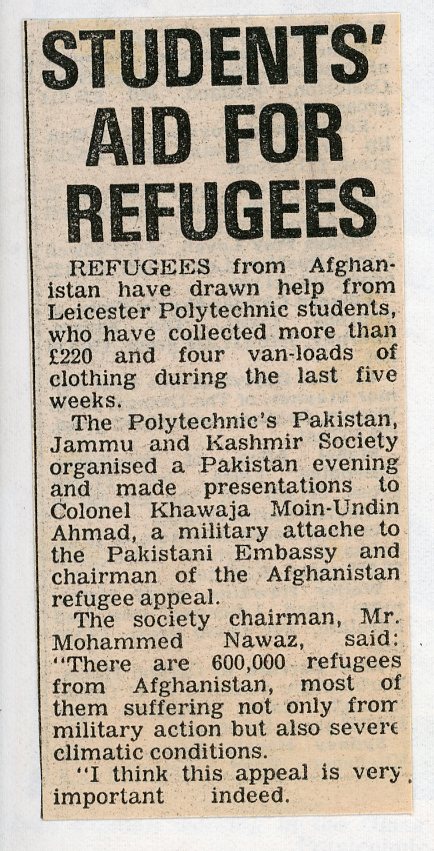 Tomorrow’s event will feature the unveiling of an installation created by art graduate, Marcus Dove, in the Vijay Patel Building. This will be followed by a speech from the Vice Chancellor, Dominic Shellard who will then lead a march to Welford Road for the inaugural men’s and women’s rugby fixtures.