The Archive was a hive of activity last week as we delivered a seminar and tour of our holdings and how to access the DMU Special Collections, to the MA Sport History students.

With the latest acquisition of the England Boxing Archive, formally the ABA, we set to work at showcasing a few of the items in a mini Pop-Up exhibition. The historical objects and ephemera are from a number of events including the Commonwealth and Olympic Games. 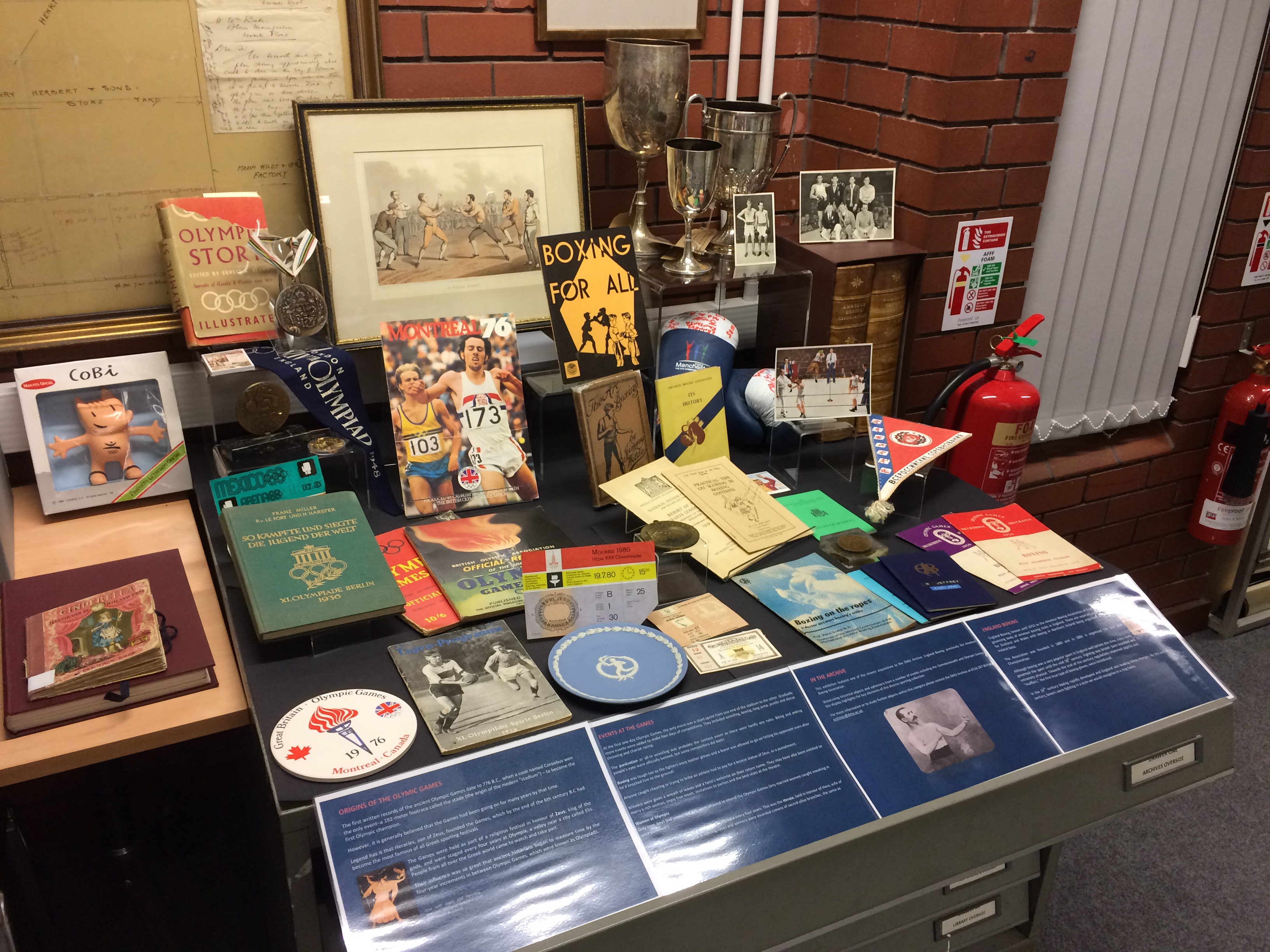 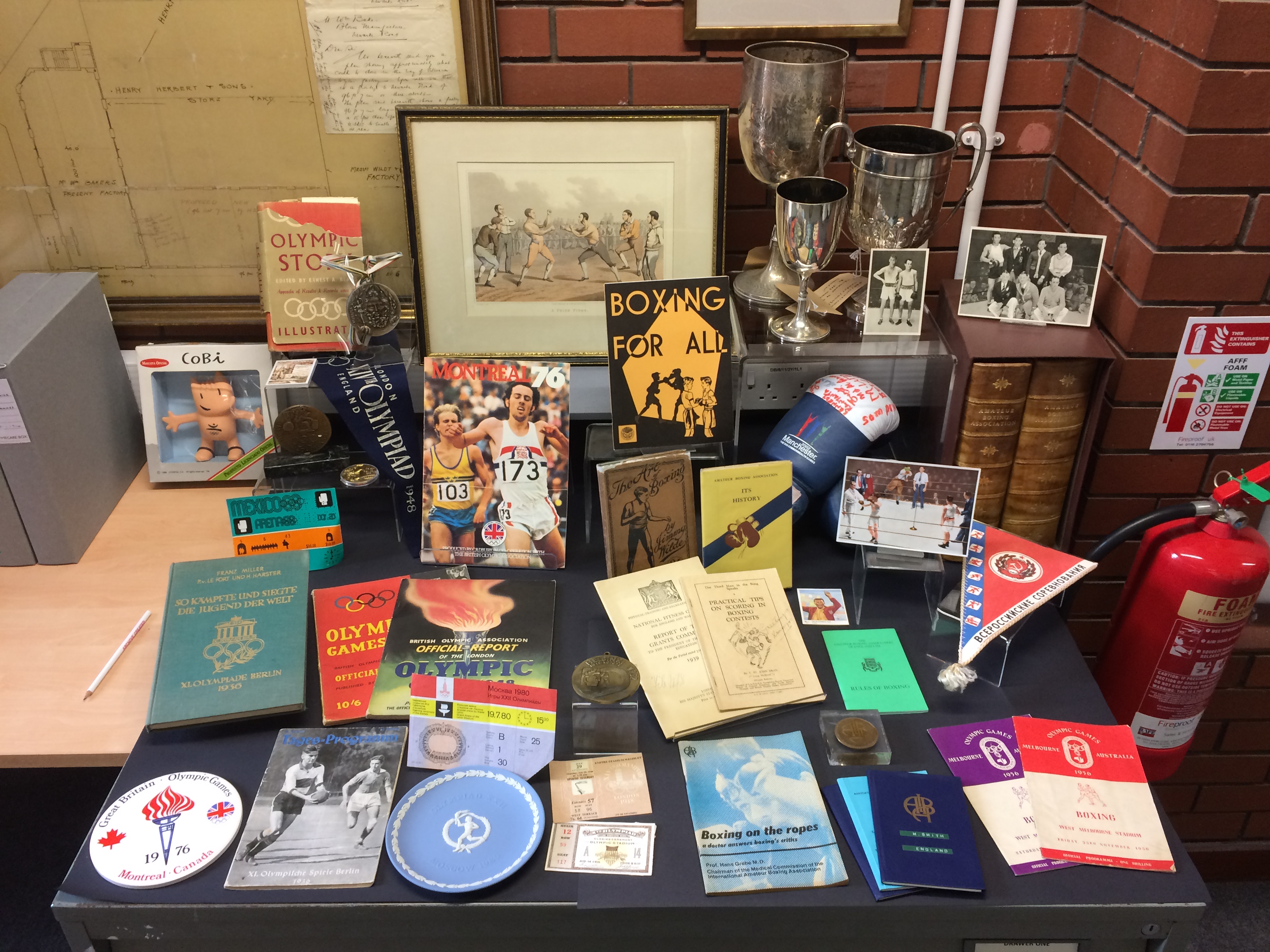 England Boxing, was known until 2013 as the Amateur Boxing Association of England. The ABA is the governing body of amateur boxing clubs in England. There are separate organisations for Scotland and Wales with boxing in Northern Ireland being organised on an All-Ireland basis.

The Association was founded in 1880 and in 1881 it organised the first ABA Championships.

Although boxing was a very popular sport in England well before this time, rules rarely governed the sport until the mid 18th century. Fighting was bare knuckled and extremely physical. Towards the end of the century regulations improved slightly and, “mufflers,” the first true type of boxing gloves, were introduced.

In the 19th century boxing rapidly developed and England was leading these changes. By the end of the century, boxers were fighting in a style we would recognise in a ring today. (text courtesy of the Heritage Centre based in the basement of the Hawthorn Building 00.34) 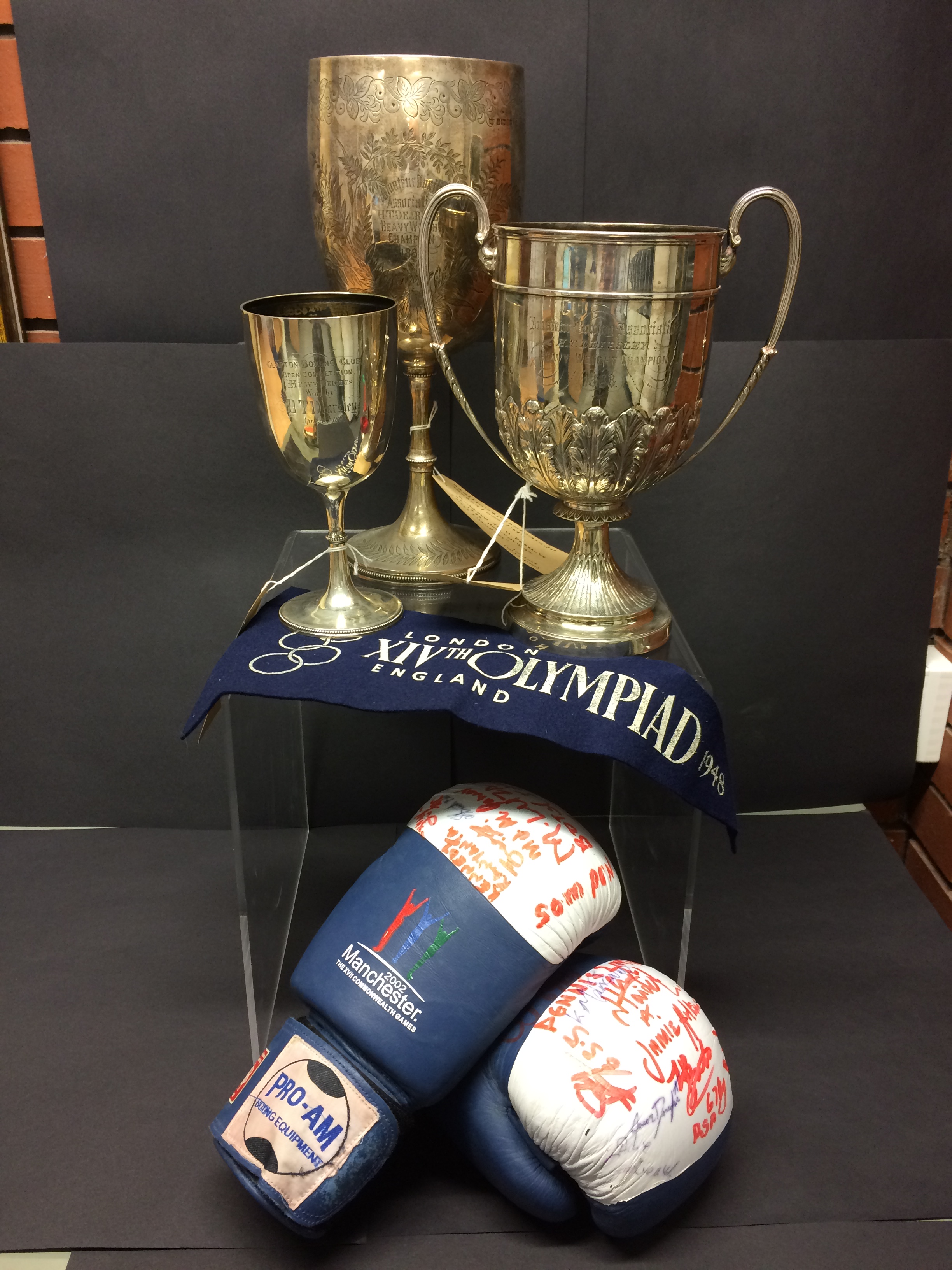 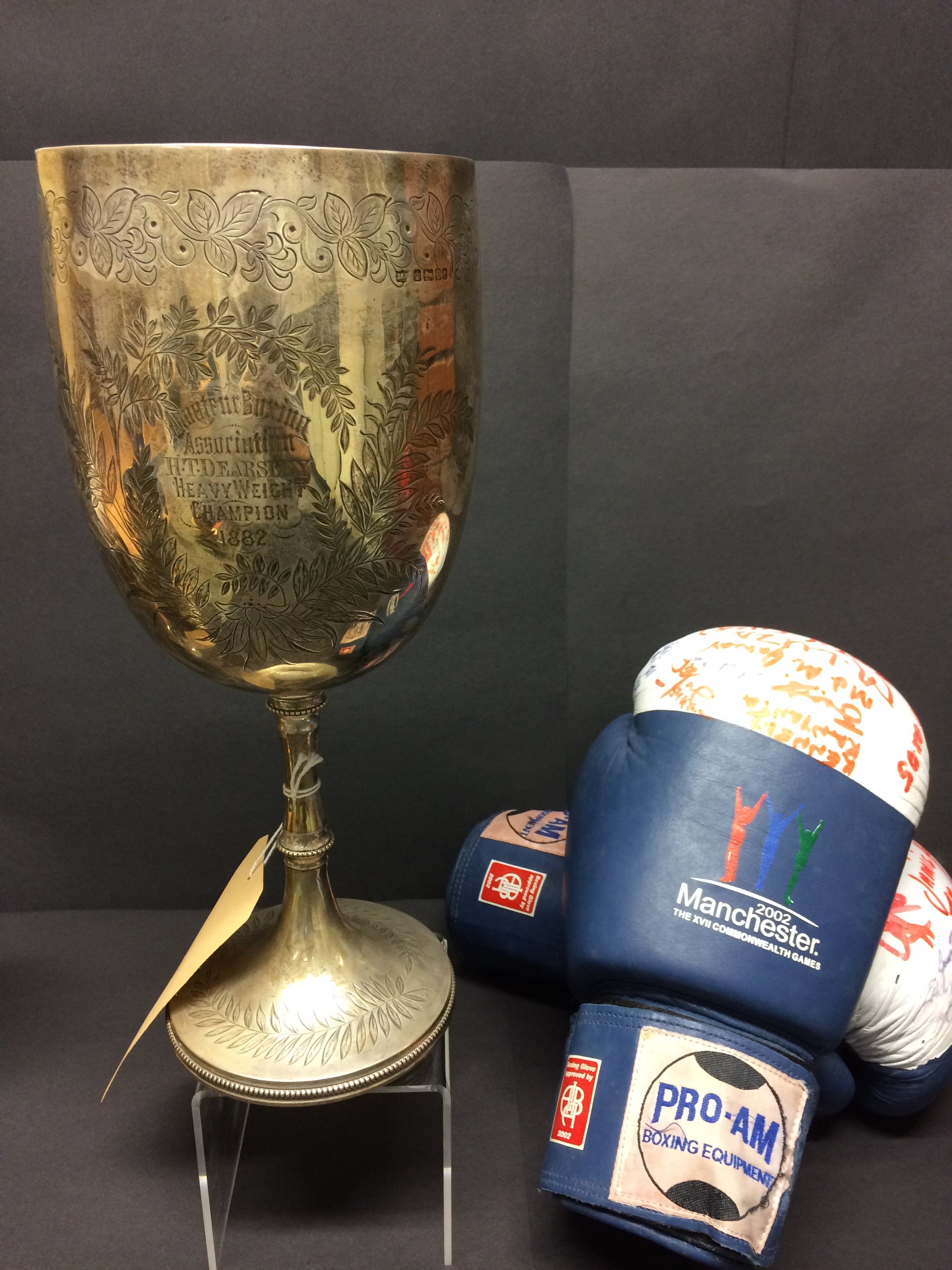 The silver engraved 1882 ABA Senior Championship Cup is one of only four produced. The event began in 1881 and is the oldest known ABA trophy. 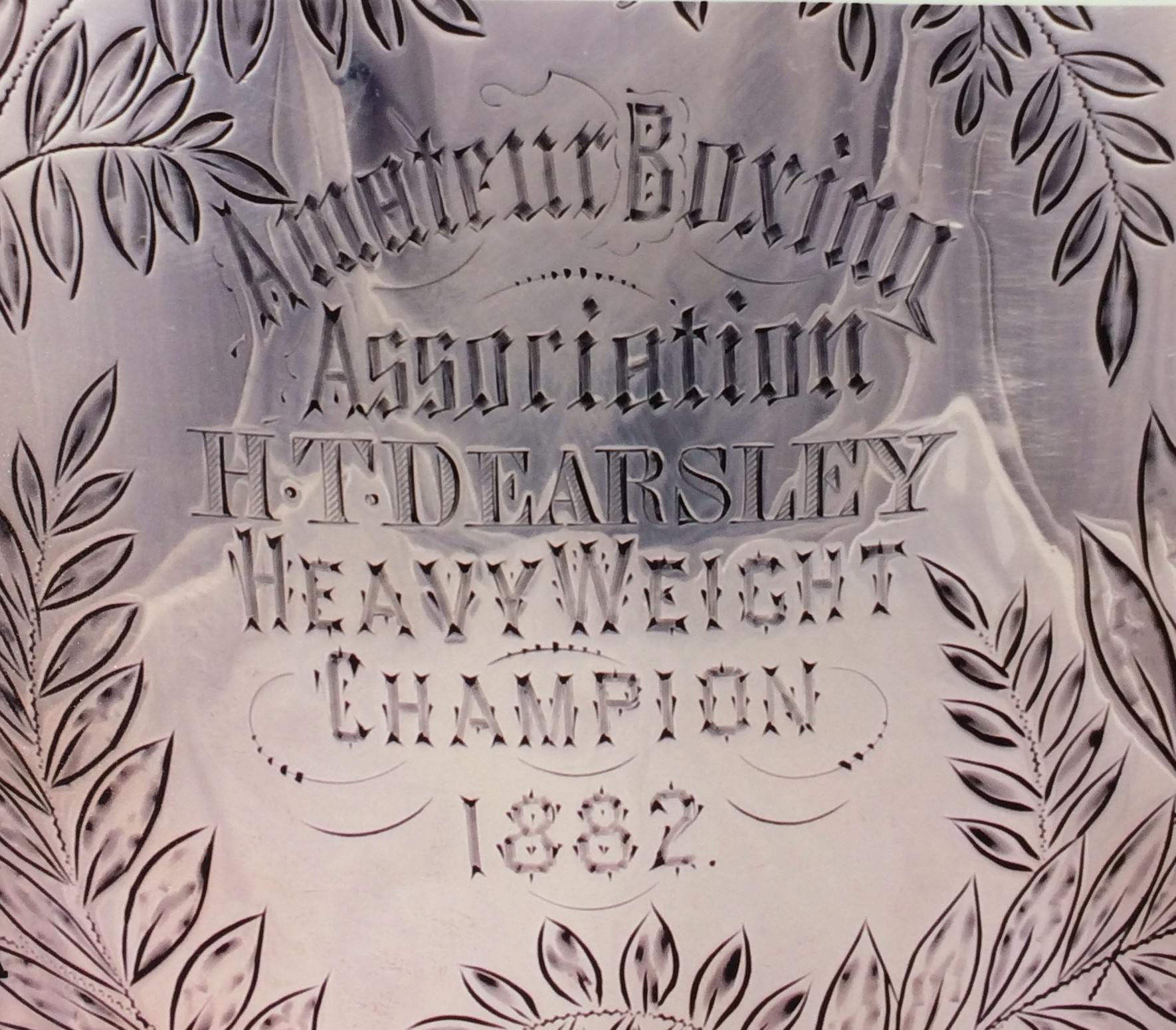 The heavyweight trophy was awarded to Henry Dearsley (sometimes documented as Harry Dearsley) of the Thames Rowing Club ABC. 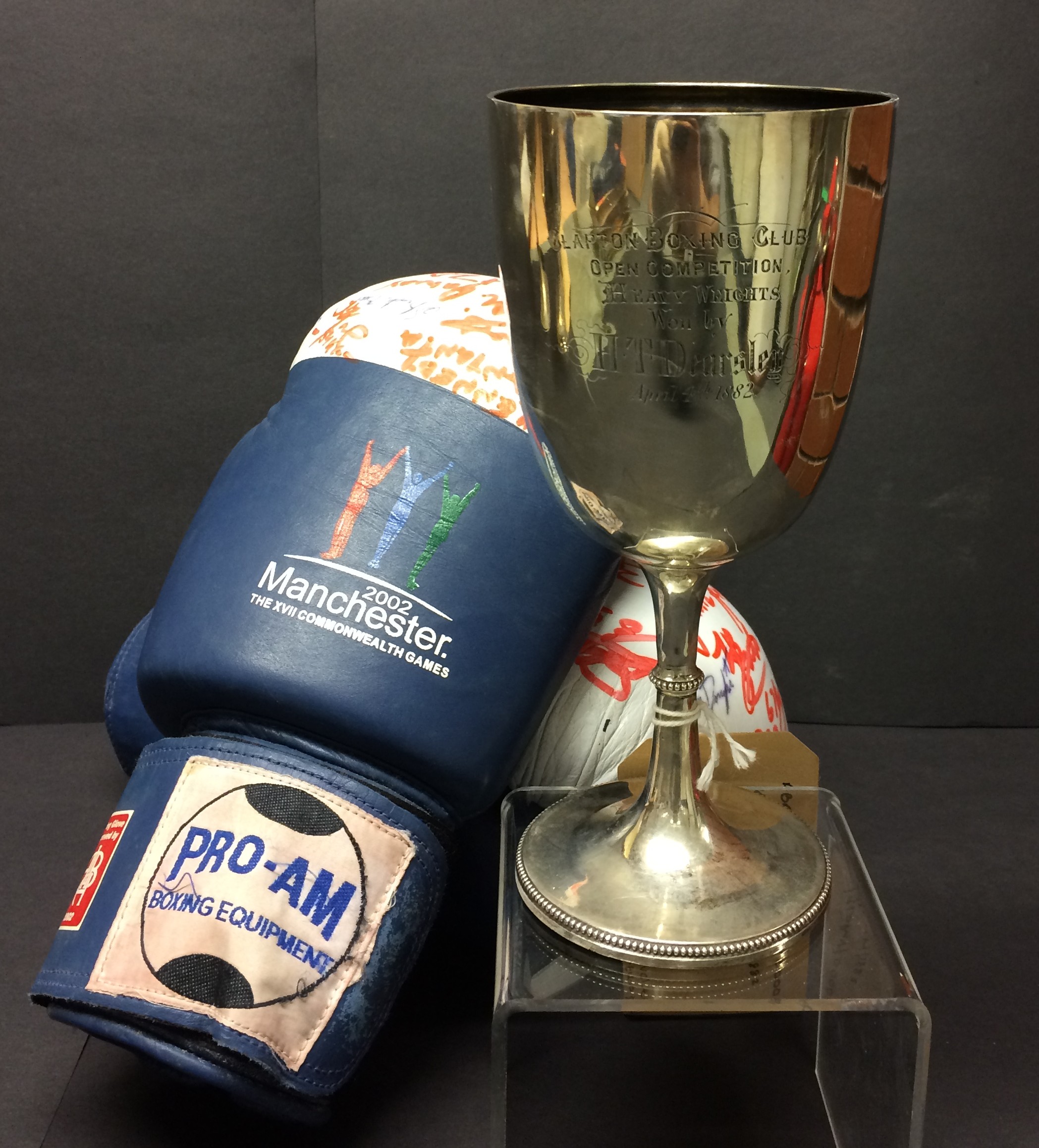 Silver goblet trophy for the Clapton Boxing Club ABC, a founding club of the ABA. The “open” competition, in its day, was a very high profile event. 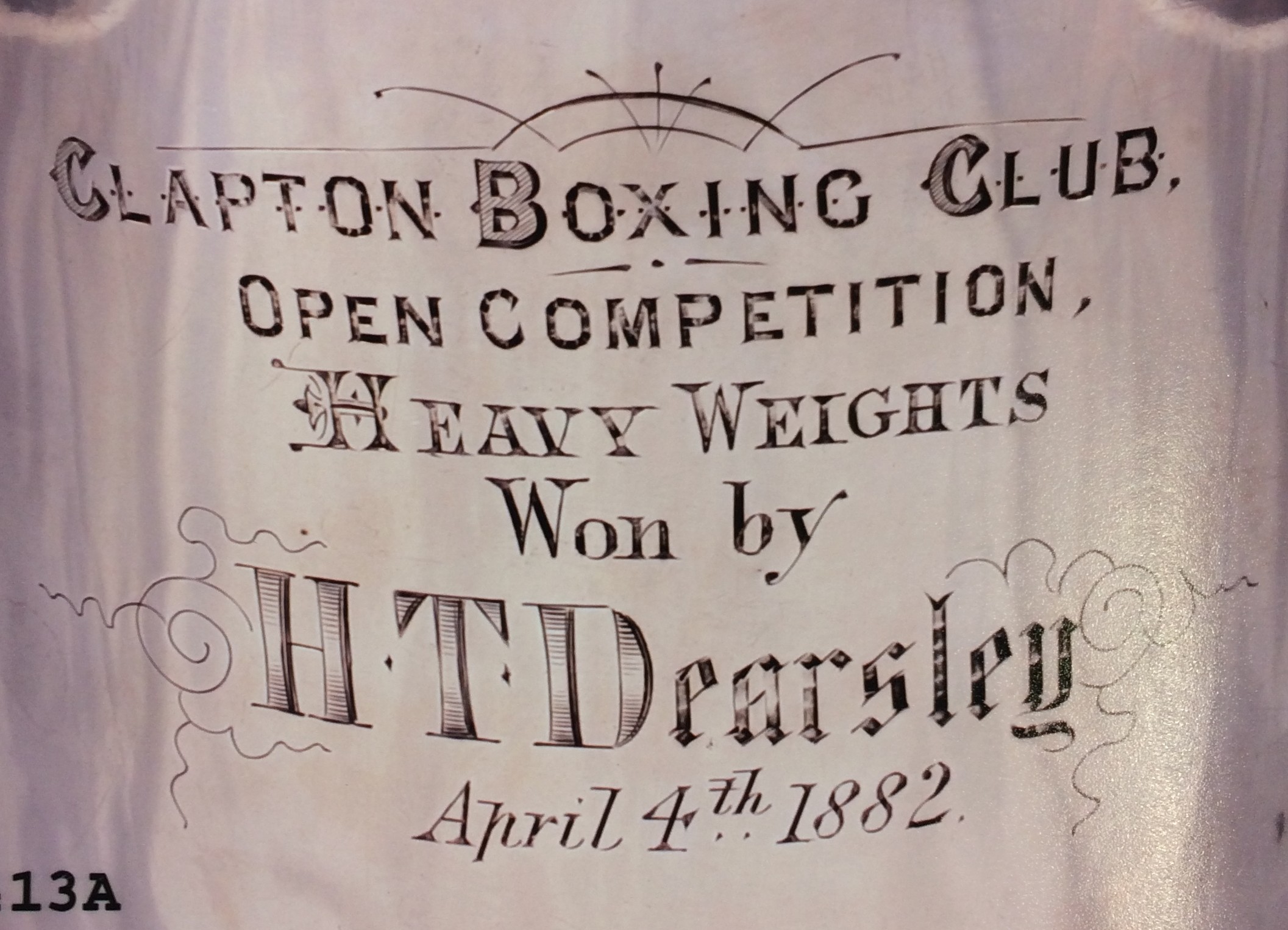 Awarded to Henry Dearsley in 1882. 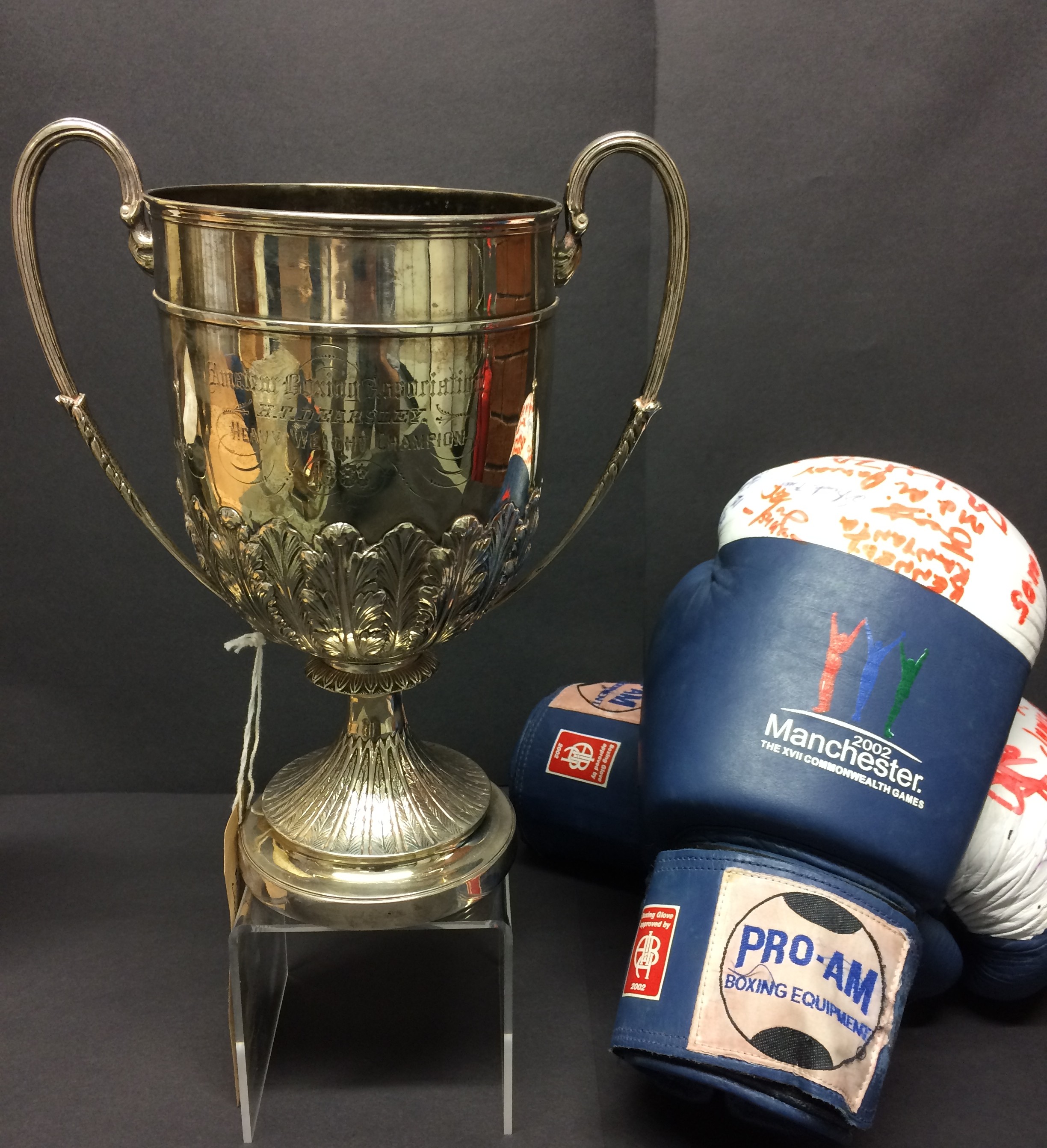 The award for the third ABA National Championships of 1883 was this two handed solid silver cup, decorated with repousse acanthus leaf. 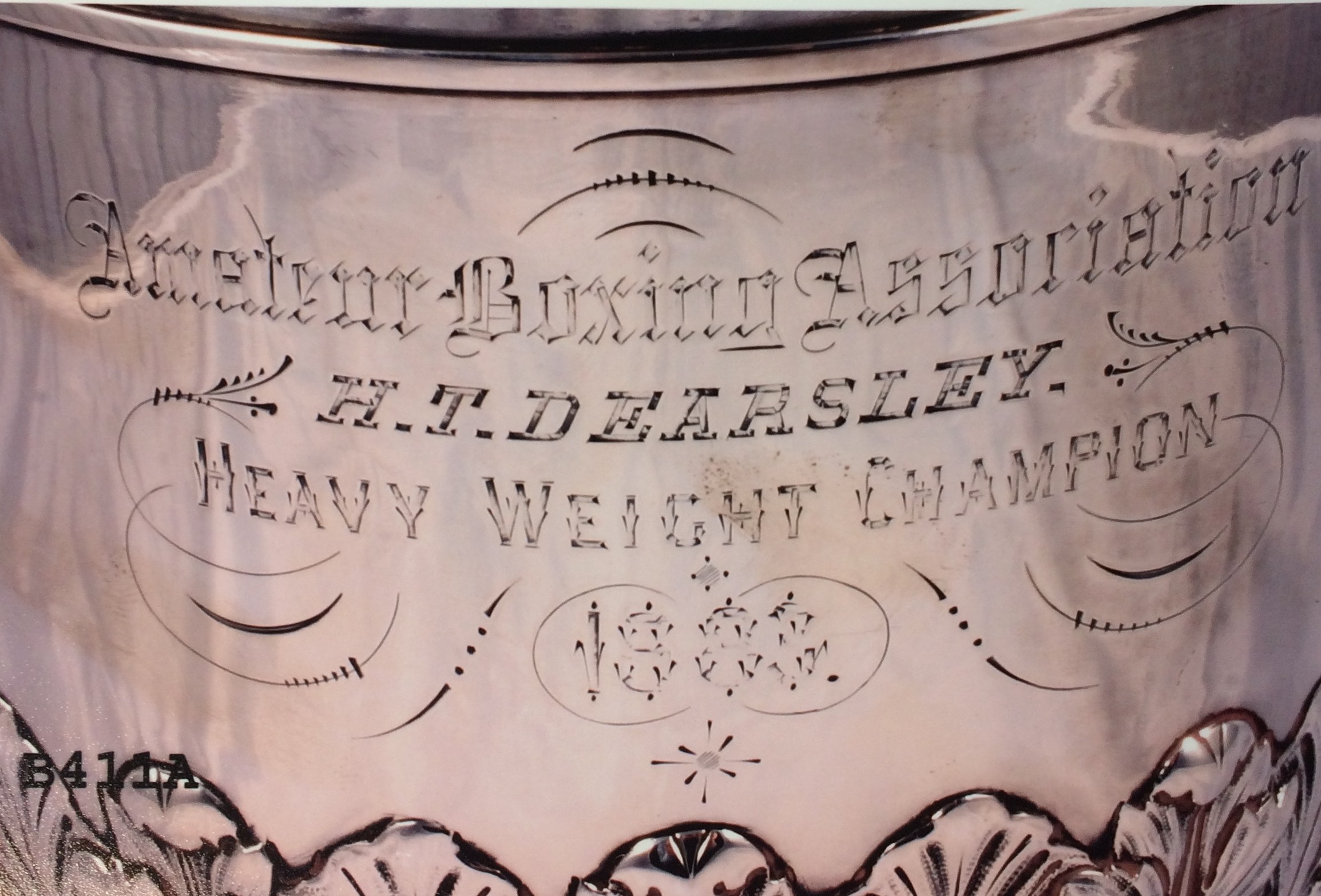 It was awarded to Henry Dearlsey, weighing in at 91kg. 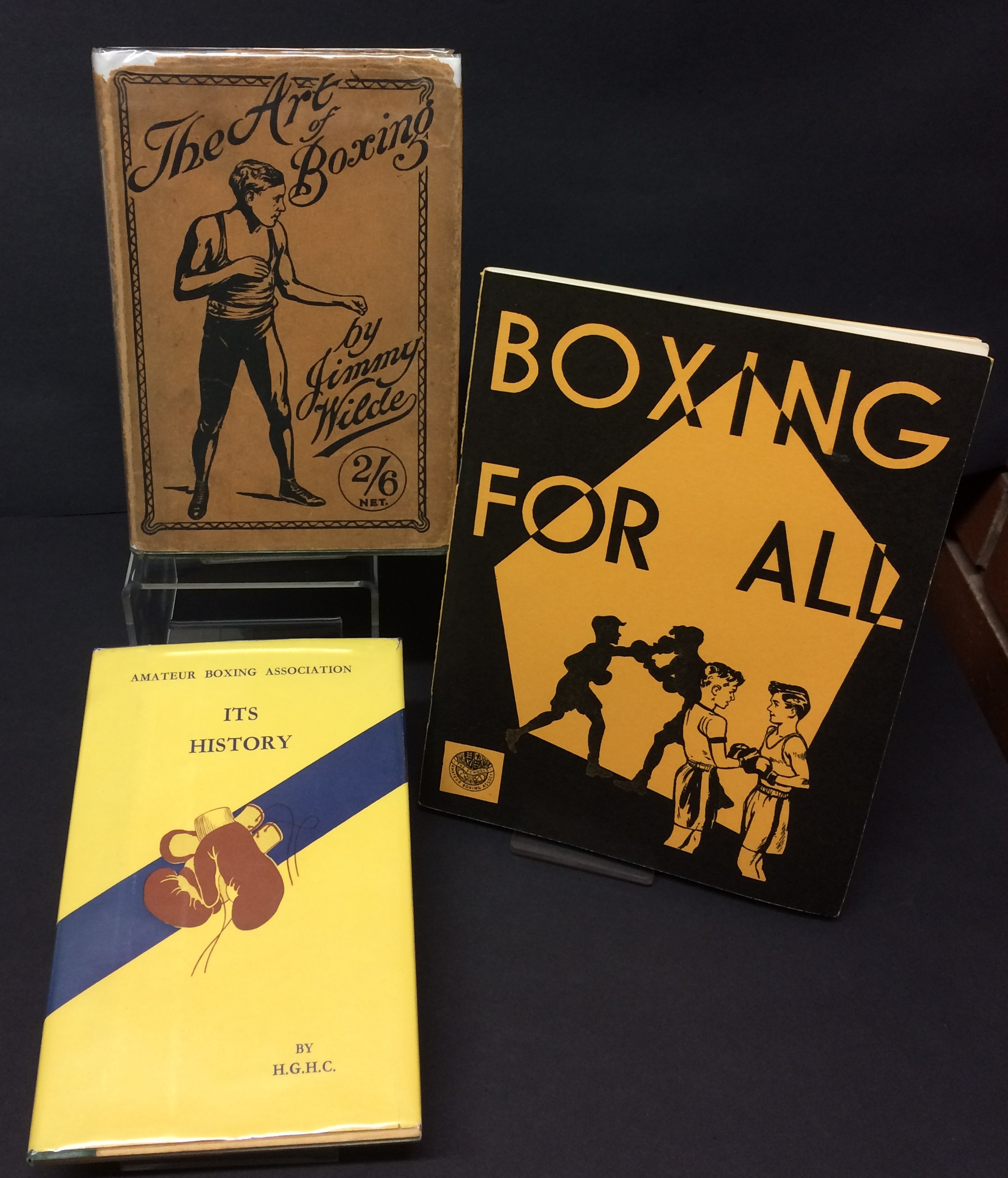 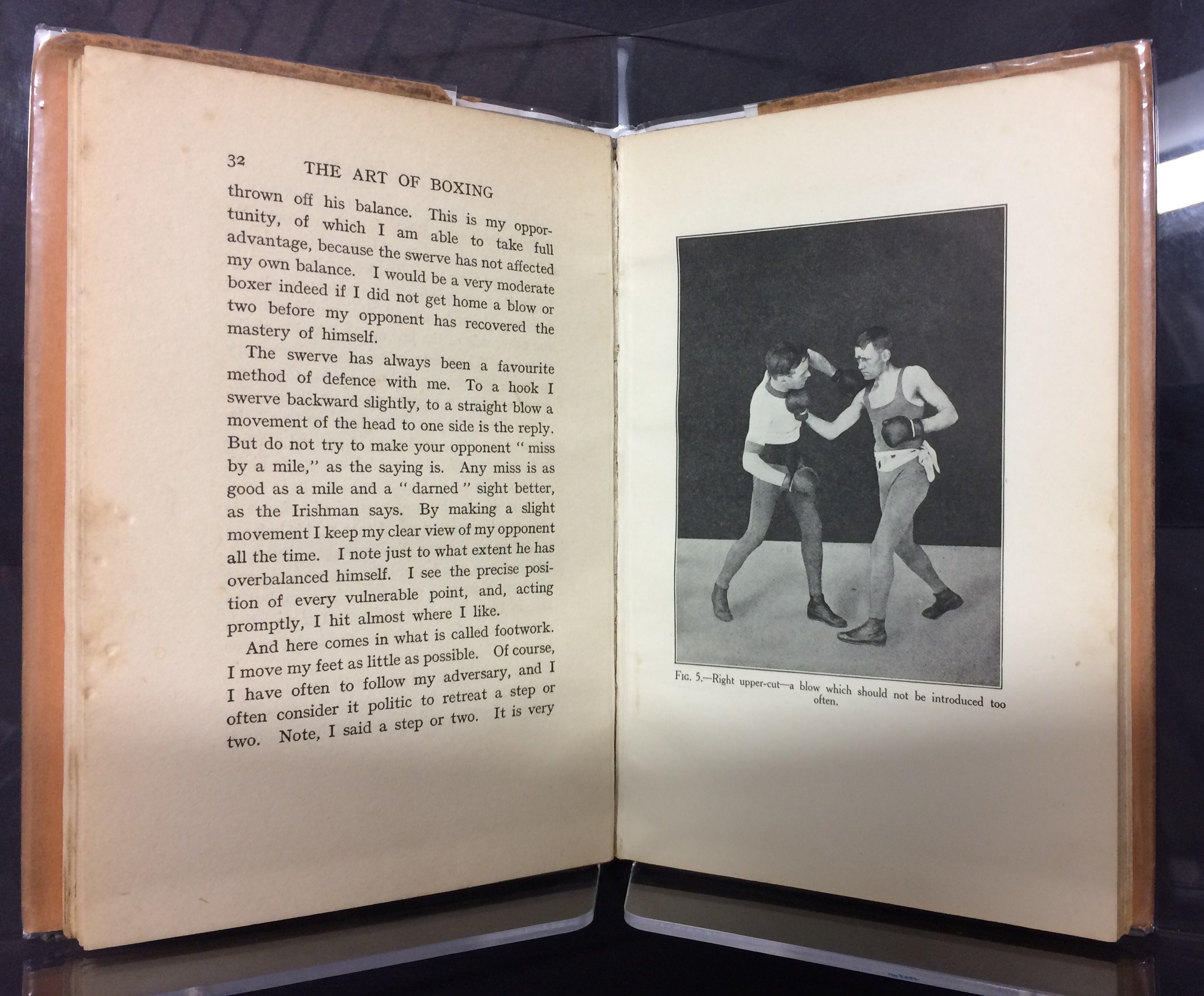 A look inside the Art of Boxing by Jimmy Wilde, 1923. This was a boxers favourite up contemporary magazine. Publications such as this helped the reader to learn and practice boxing. Jimmy Wilde, won the British Flyweight Championship in 1916 from Joe Symonds. 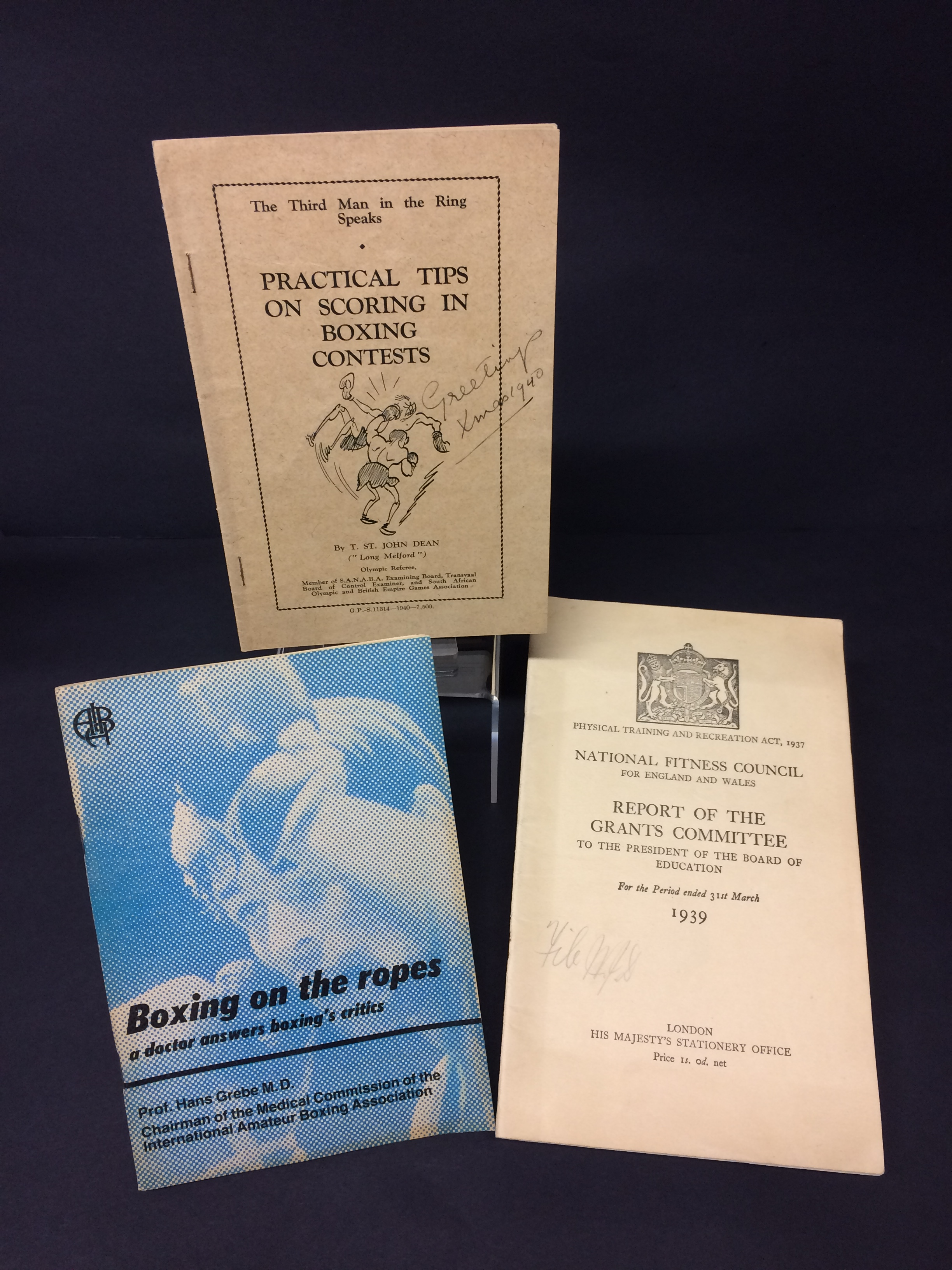 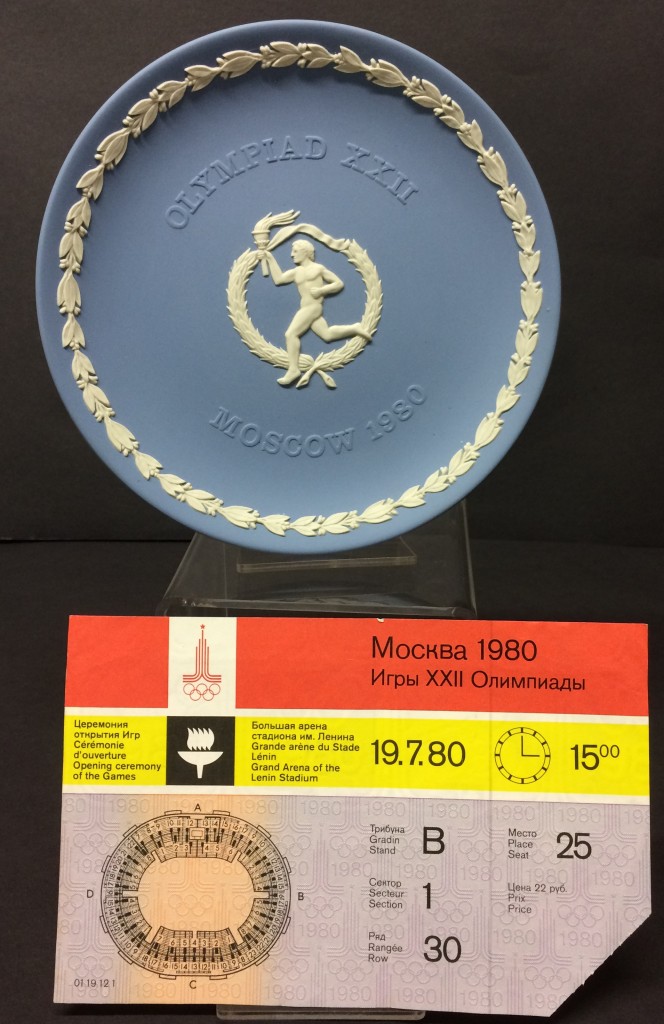 A ticket for the 1980 Moscow Olympic games and a commemorative plate likely given to a boxing entrant of the games. 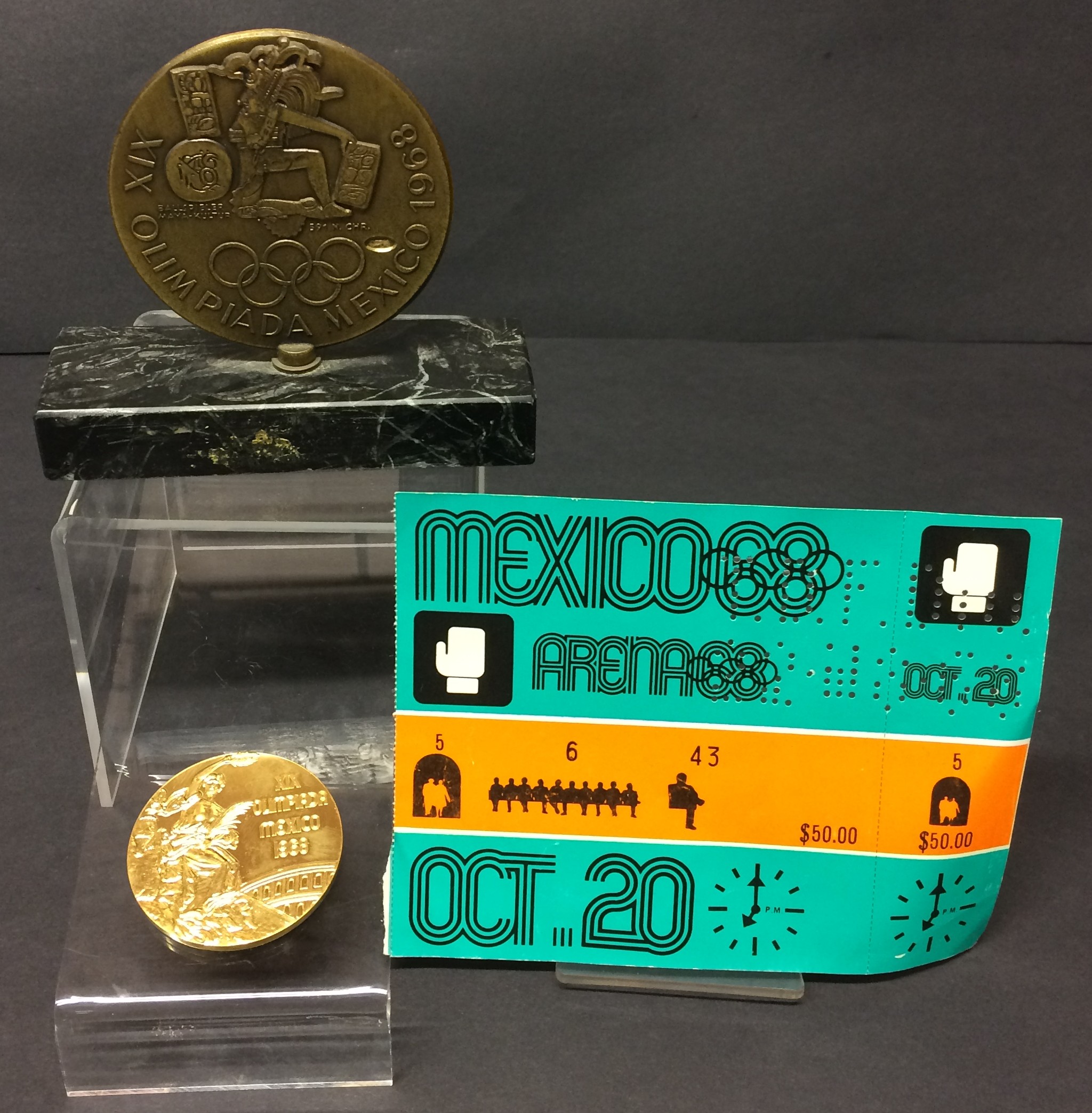 Two commemorative medals for the 1968 Mexico Olympic games and one ticket to the October 20th day of events. 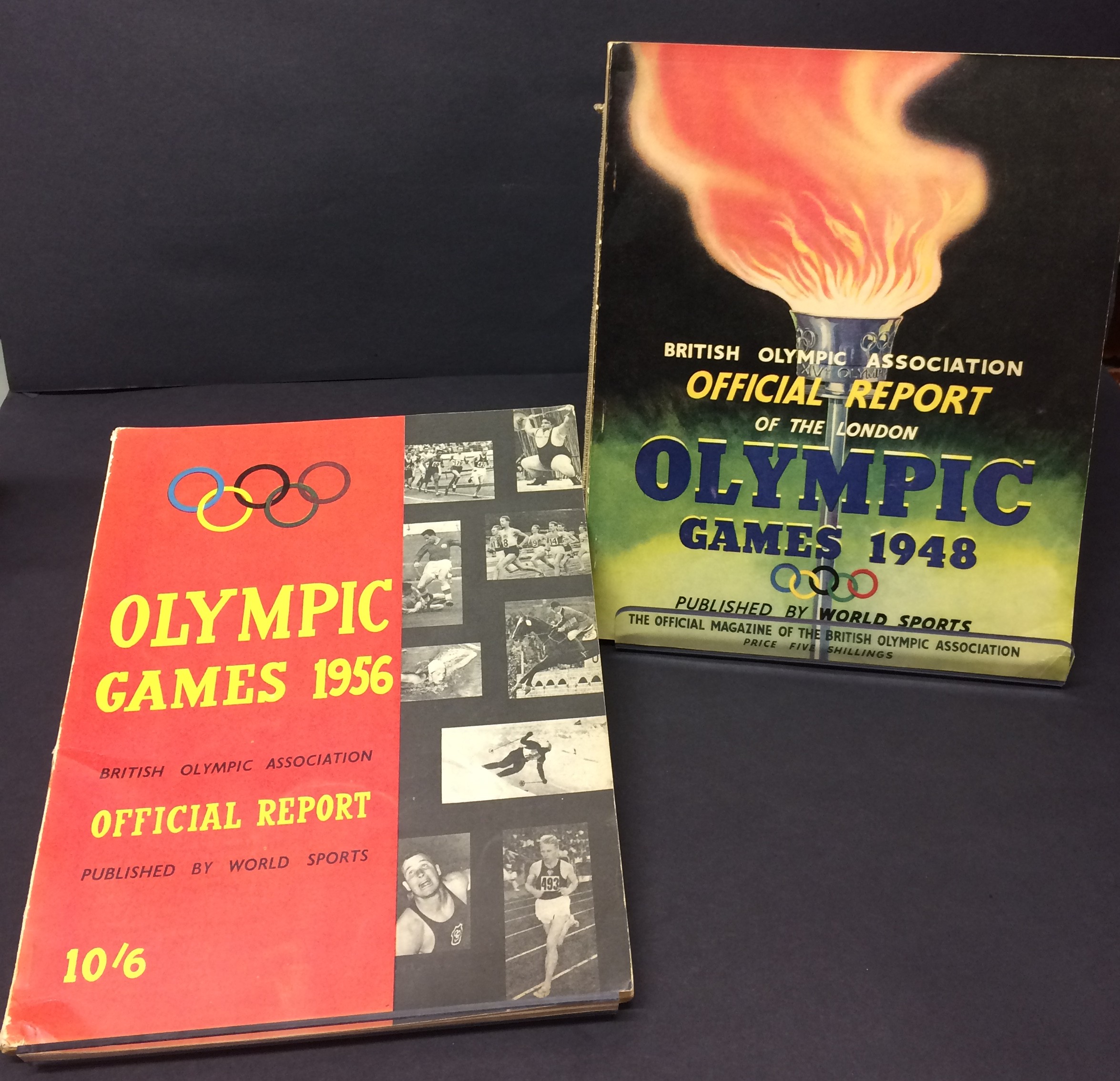 The collection of England Boxing includes a range of The British Olympic Associations Olympic Games Official Reports that offer a rich insight to the prestigious games.

If you would like to see any of the items within the collection please email archives@dmu.ac.uk to set up an appointment.