Special Collections is sad to hear that former Fine Art lecturer and landscape artist Michael (Mike) R. Hoar A.R.C.A. passed away on the 11th of October 2017. The news comes some eighteen months after the death of his wife, Lulu Hancock. 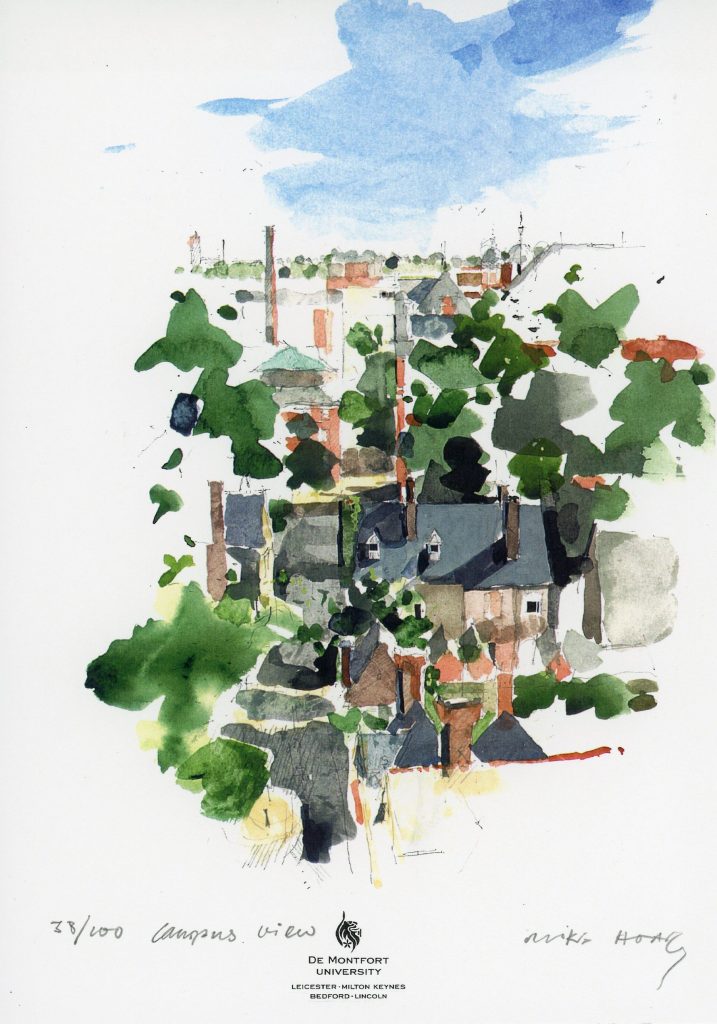 Mike graduated from the Royal College of Art in 1964 and subsequently taught at DMU until 2003. Exhibitions of his work have been held throughout Europe and Britain as well as a few on the DMU campus. 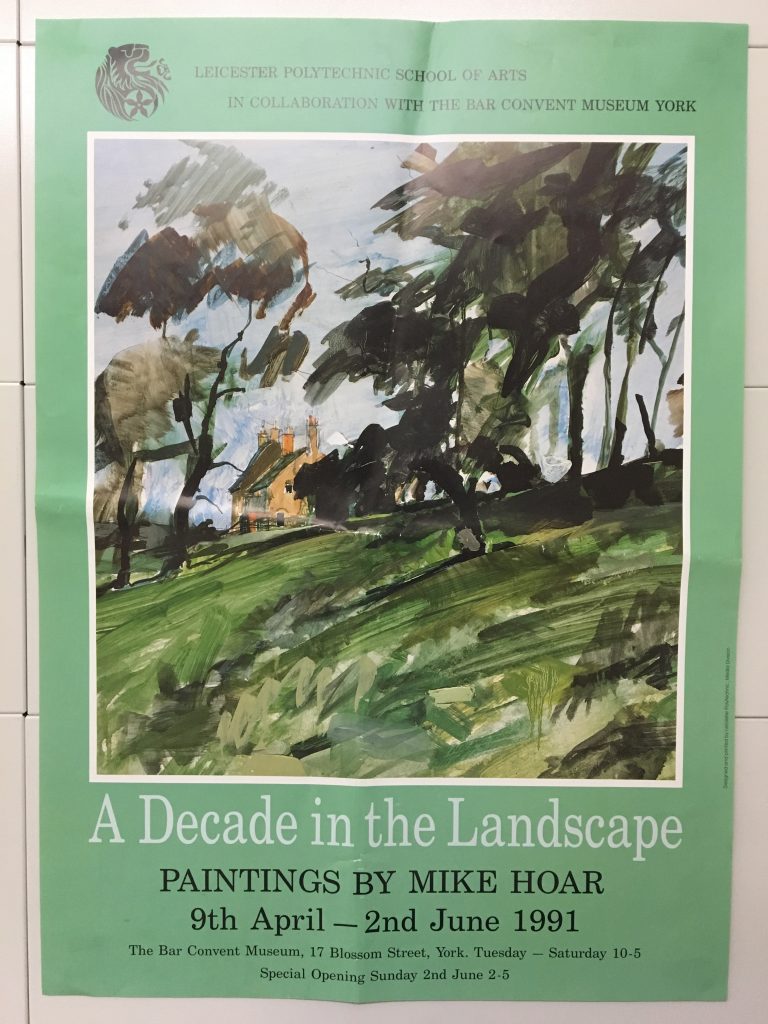 His Saatchi Art profile notes that: “working from the Landscape, Mike Hoar has documented extensively his previous place of residence, Leicestershire. Initially producing small observational paintings on site within the landscape, larger works are created in his studio. This practice he has applied to landscapes/ sky-scape/ urban-scape through-out Spain, Japan and now France. Analytical and expressionistic drawing, sense of place, vibrancy of colour are but a few words to describe the sometimes abstracted, sometimes representational works created.”

The archive holds some materials on Mike, including images of campus, two posters and exhibition brochures. 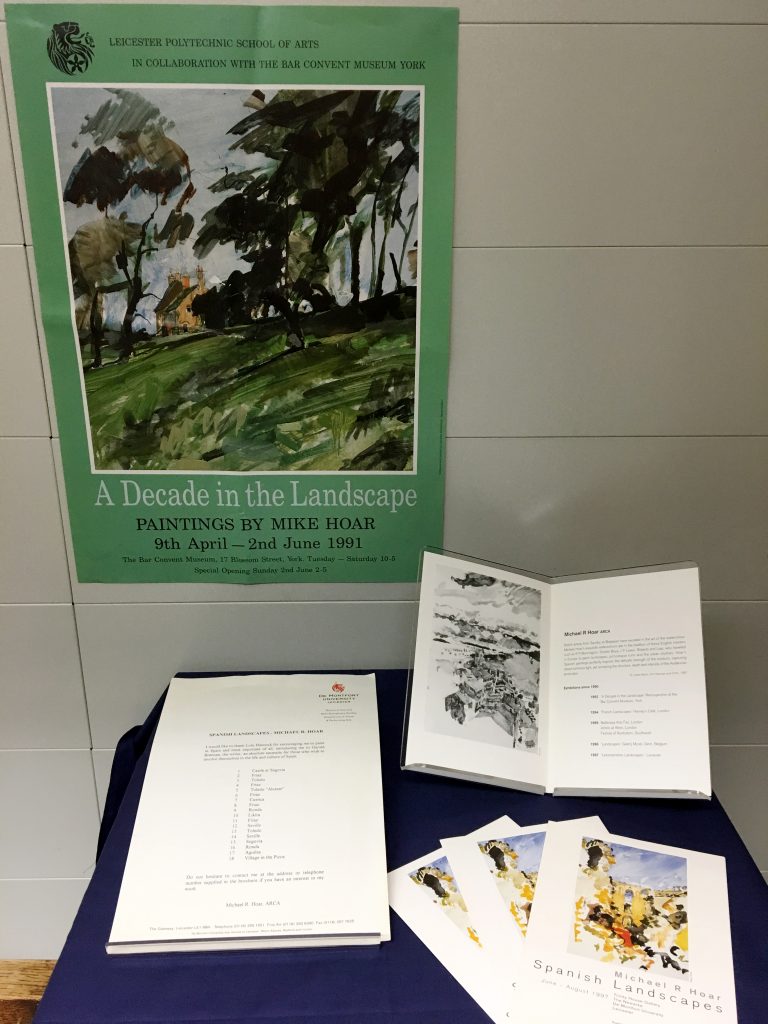 Exhibition poster for “A Decade in the Landscape” by Michael R. Hoar, letter by Hoar and an exhibition brochure of “Spanish Landscapes” by Hoar.

Letter of thanks written by Michael R. Hoar regarding his “Spanish Landscapes” exhibition, 1997. 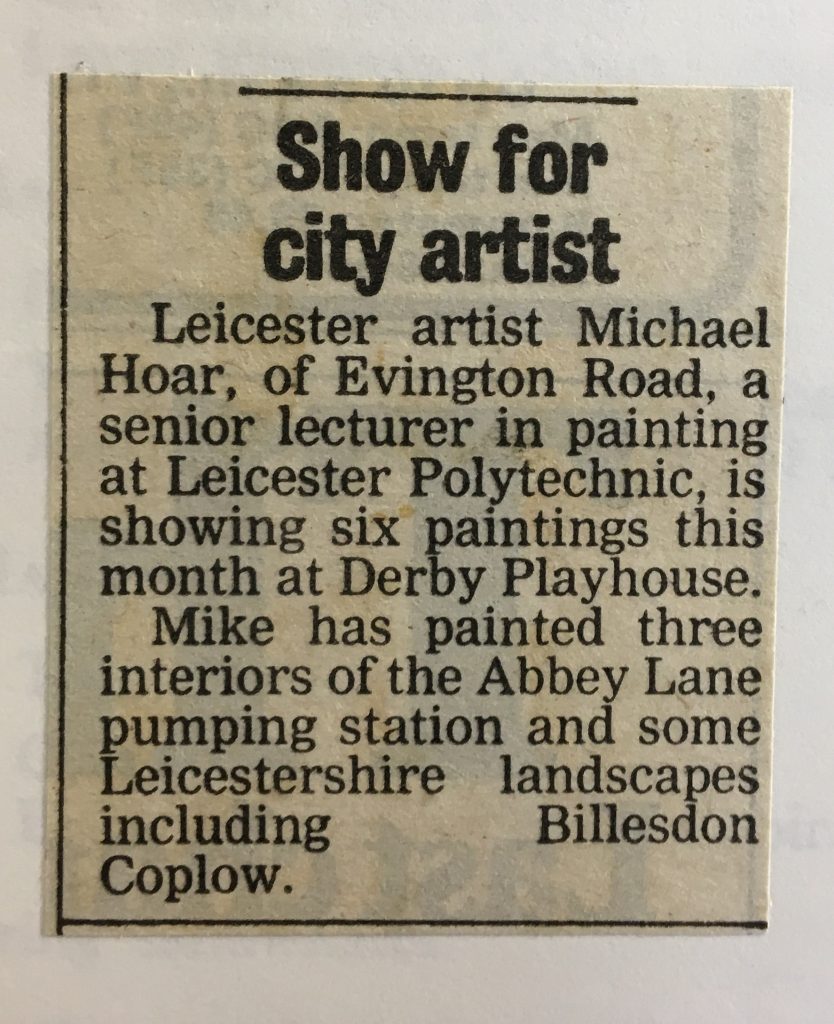 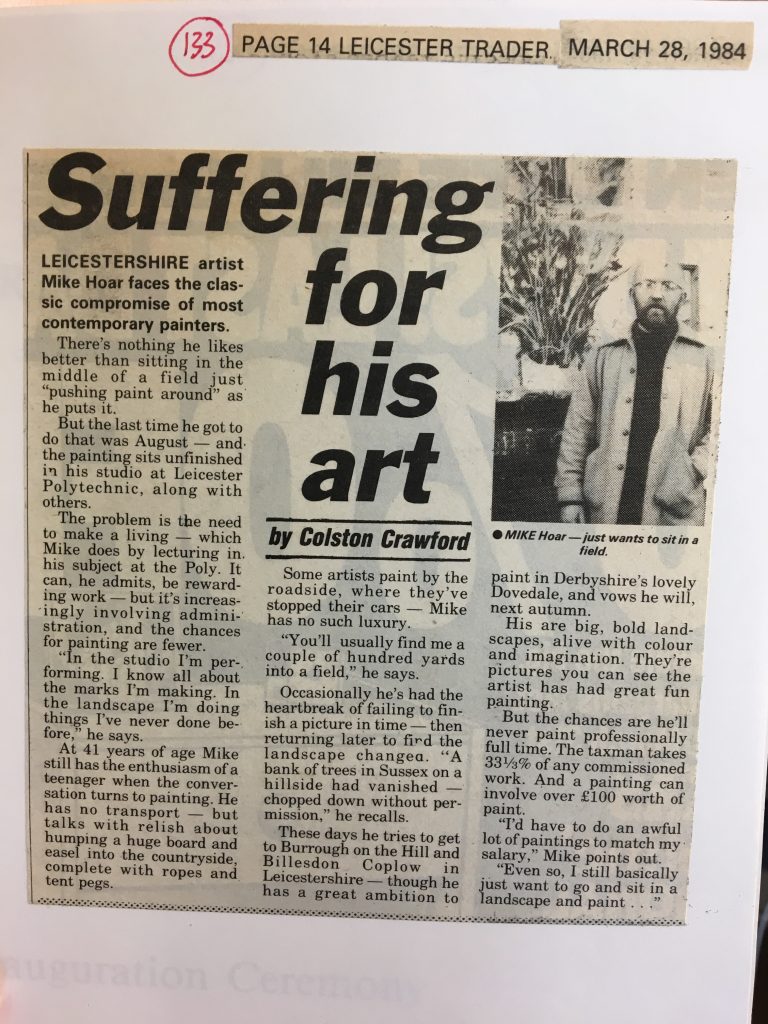