Thanks to the sterling efforts of Gursharan, our Graduate Champion, we have eight new catalogues live on the Archives Hub this month! They are a wide ranging selection of items relating to the history of DMU, fashion, and art.

L/011: Brochure for the Royal Visit to the city of Leicester, 1958, when the Queen and Duke of Edinburgh visited the city to open a new building at the University of Leicester. The brochure was designed by Leicester College of Art staff.

D/071 portrait photograph of Queen Elizabeth II from 1992, gifted to the University to commemorate two visits by The Queen in 1993 – one in March to open the Milton Keynes campus and one in December to open the Queens Building

D/069: Ephemera relating to the visit of The Queen to De Montfort University in 2012 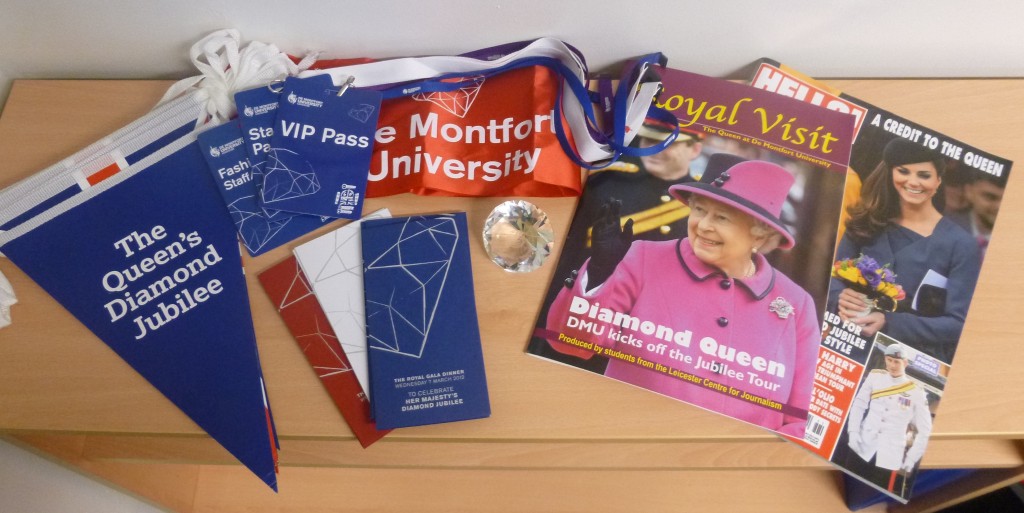 A/08: Engravings after paintings by Ford Madox Brown, depicting scenes from Shakespeare: ‘Cordelia’s Portion’ and ‘Romeo and Juliet’

D/073: Cartoon presented to De Montfort University to mark the formal launch of a ‘compact agreement’ with the Sir John Gleed Technology School. The compact system allowed a pupil to study at a designated college, making them ‘compact’ with the university to have automatic entry to a degree course.

F/023: Colour sketches of Bakst designs for ballet costumes, possibly cut out from a publication, and mounted on card. The sketches include designs for plays such as ‘Scheherazade’ and ‘La lampe d’Aladin’

F/020:  Cartoon showing a man looking at four different corsets in a shop window, which remind him of the women he has had in his life 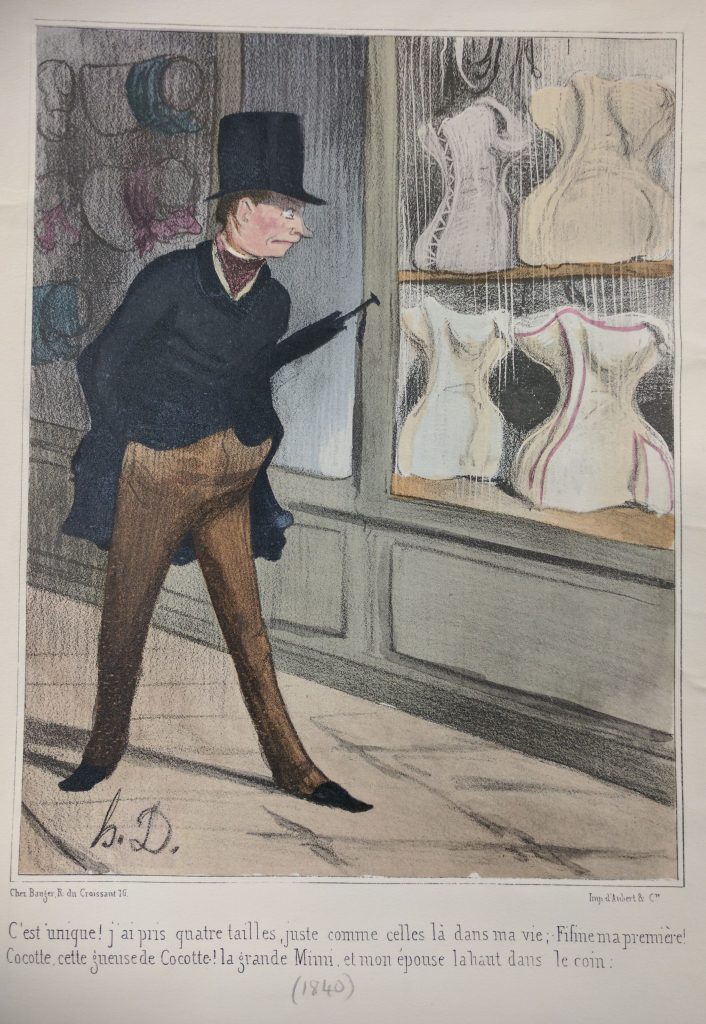 Gursharan is working away on more descriptions so watch this space!

When I was 13 every careers questionnaire I did at school suggested I become an archivist. In rebellion I studied History of Art at Cambridge and the Courtauld Institute before giving in to the inevitable and undertaking a qualification in Archives Administration at Aberystwyth University. I worked at King’s College London Archives and the London Metropolitan Archives before becoming the Archivist here at DMU in January 2013. My role is hugely varied: answering enquiries and assisting researchers, sorting, cataloguing, cleaning and packaging archival material, managing our environmentally controlled storage areas, giving seminars, talks and tours, researching aspects of University history, liaising with potential donors and advocating for the importance of archives within the organisation. I am one of those incredibly fortunate people who can say ‘I love my job’ and really mean it.
View all posts by Katharine Short →
This entry was posted in Archives and tagged 1930s, corsetry, fashion, queen, royal, Shakespeare. Bookmark the permalink.