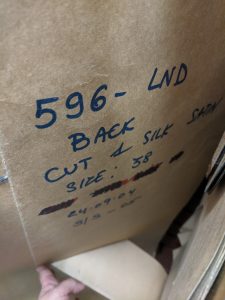 Janet Reger (1935-2005) studied at the School of Corsetry at the Leicester College of Art before going on to found the lingerie brand which made her a household name. This collection dates to 1999-2011 and includes patterns, drawings, advertising material and fabric swatches. 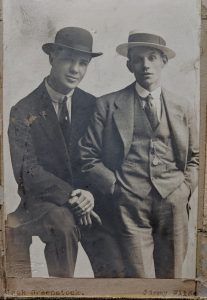 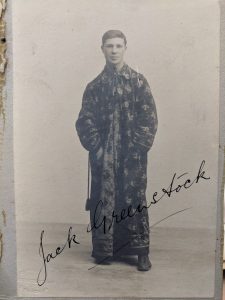 Jack Greenstock (1894-1980) was a boxer, trainer and promoter active in the East End of London. He boxed in matches in the UK, America and Europe between 1910 and 1926 before retiring. He opened his own gym and trained new boxers, promoting tournaments and matches across London and the South-East. The collection contains press cuttings, promotional materials and photographs. 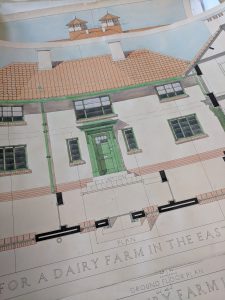 Kenneth Tindall was a trained architect and surveyor, and was head of the Department of Building, Surveying and Land Economy at the Leicester College of Art (later Leicester Polytechnic) between 1955 and 1980. The papers include architectural drawings, press cuttings and photographs.

When I was 13 every careers questionnaire I did at school suggested I become an archivist. In rebellion I studied History of Art at Cambridge and the Courtauld Institute before giving in to the inevitable and undertaking a qualification in Archives Administration at Aberystwyth University. I worked at King’s College London Archives and the London Metropolitan Archives before becoming the Archivist here at DMU in January 2013. My role is hugely varied: answering enquiries and assisting researchers, sorting, cataloguing, cleaning and packaging archival material, managing our environmentally controlled storage areas, giving seminars, talks and tours, researching aspects of University history, liaising with potential donors and advocating for the importance of archives within the organisation. I am one of those incredibly fortunate people who can say ‘I love my job’ and really mean it.
View all posts by Katharine Short →
This entry was posted in Archives, diversity and inclusivity, sports and tagged architecture, boxing, lingerie. Bookmark the permalink.