Yesterday, 9th May 2019, saw the official opening of the Stephen Lawrence Research Centre on campus. The opening ceremony itself included speeches from the Centre’s director, Kennetta Hammond Perry, the Vice Chancellor Professor Andy Collop and Baroness Doreen Lawrence who went on to cut the orange ribbon before leading a tour around the Centre.

@DLawrenceOBE cutting the ribbon on the @SLRC_DMU. Special Collections staff, especially @KatharineES, have been working on the Centre and the archive since 2016 so today is very exciting 😊 pic.twitter.com/dulV9cwZ2v

The Centre features a seminar room and communal study space as well as a permanent exhibition telling the story of Stephen’s life and murder and the legacy of Doreen Lawrence’s tireless work to achieve justice for her son by challenging the racially prejudiced frameworks inherent to the UK’s social infrastructure and criminal justice system. 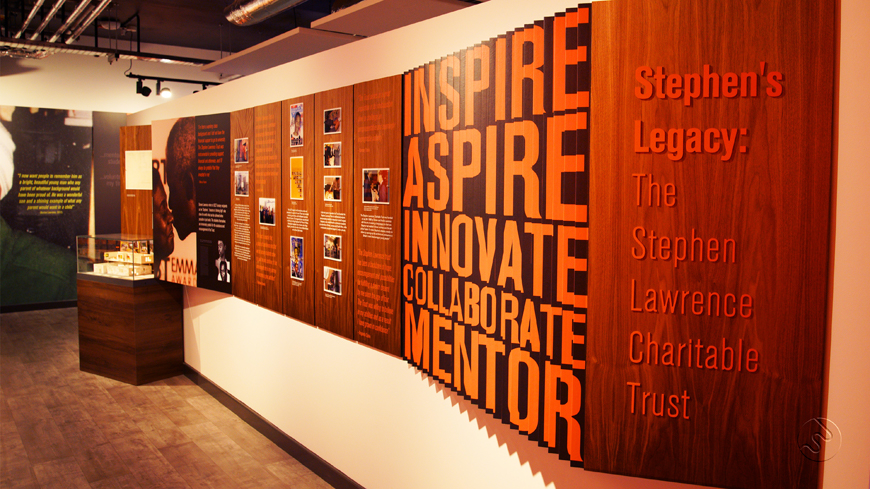 Open to the public and featuring items from the archival collection, the work of the Centre aims to “drive forward conversations that will shape and influence how we think about race and social justice. It intends to honour the enduring legacy of Stephen Lawrence’s life and his family’s ongoing pursuit of justice by asking new questions, debating critical issues, raising awareness, and advocating to bring about positive change.”

And with that in mind, the evening progressed with a panel discussion including special guests Afua Hirsch, writer, broadcaster and barrister, Jack Straw politician and Home Secretary (1997-2001) who launched the Inquiry which led to the publication of the Macpherson Report, and Benjamin Zephaniah writer and poet. 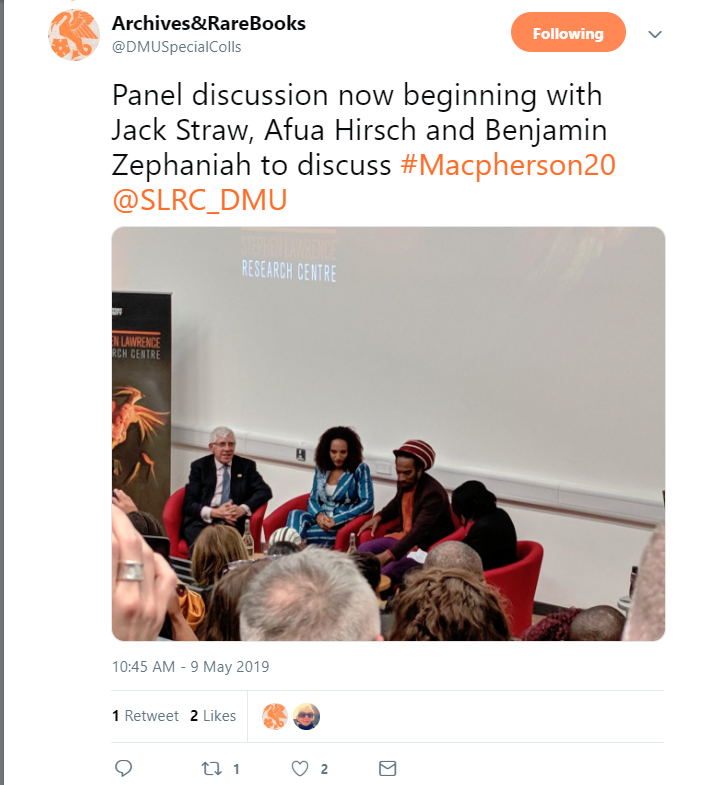 It was a real privilege to listen to the panel discuss issues and experiences surrounding race and representation, the problems with language and the current use of BAME and its homogenizing othering effect, the challenges facing young black people today in terms of opportunities and attainment and the great deal of work still needed to build an equal society without racial prejudice.

The panel was followed by the opportunity to talk further during the reception which included food, a steel band, and the DMU Gospel Choir 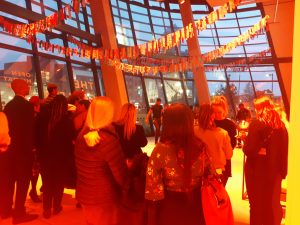 Crowds gather for the steel band 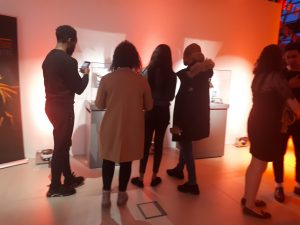 Guests looking at the archival display 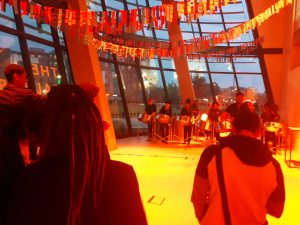 The steel band gets underway

Through the generosity of Baroness Lawrence in depositing her papers and materials relating to the Stephen Lawrence case at DMU in 2016, Special Collections was able to contribute to the opening by creating 3 exhibition cases for guests to see further items from the archive. 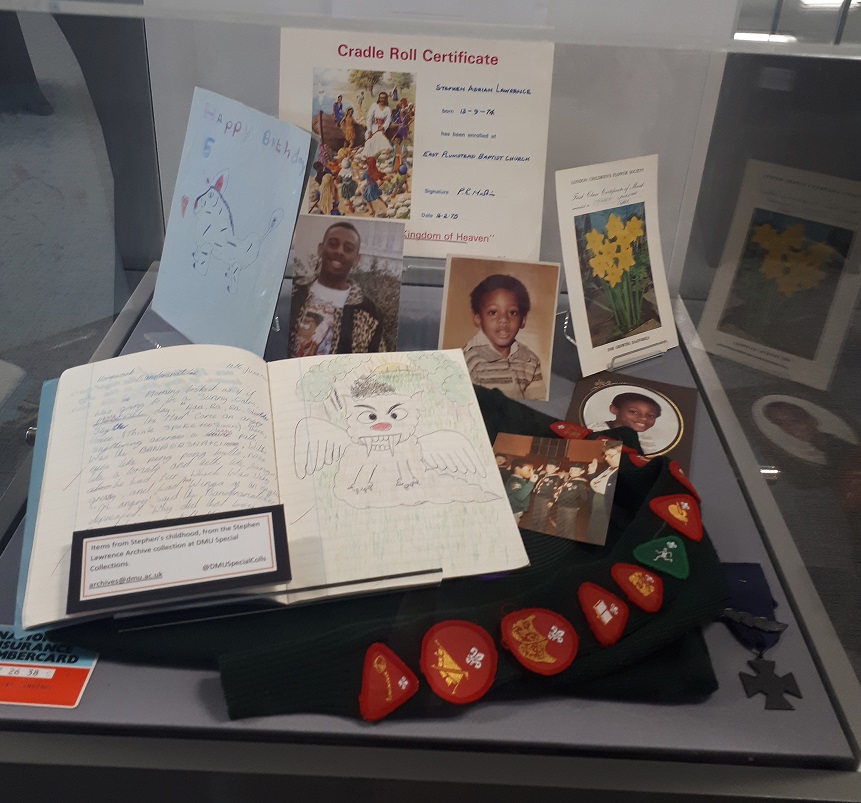 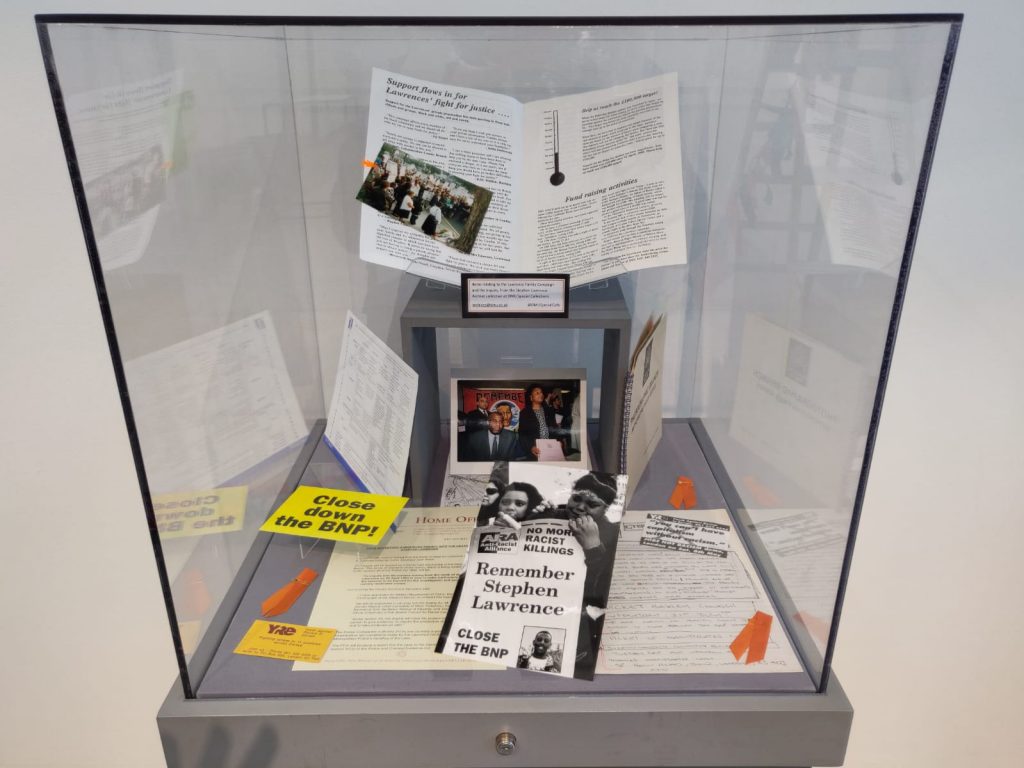 Items relating to the Family Campaign 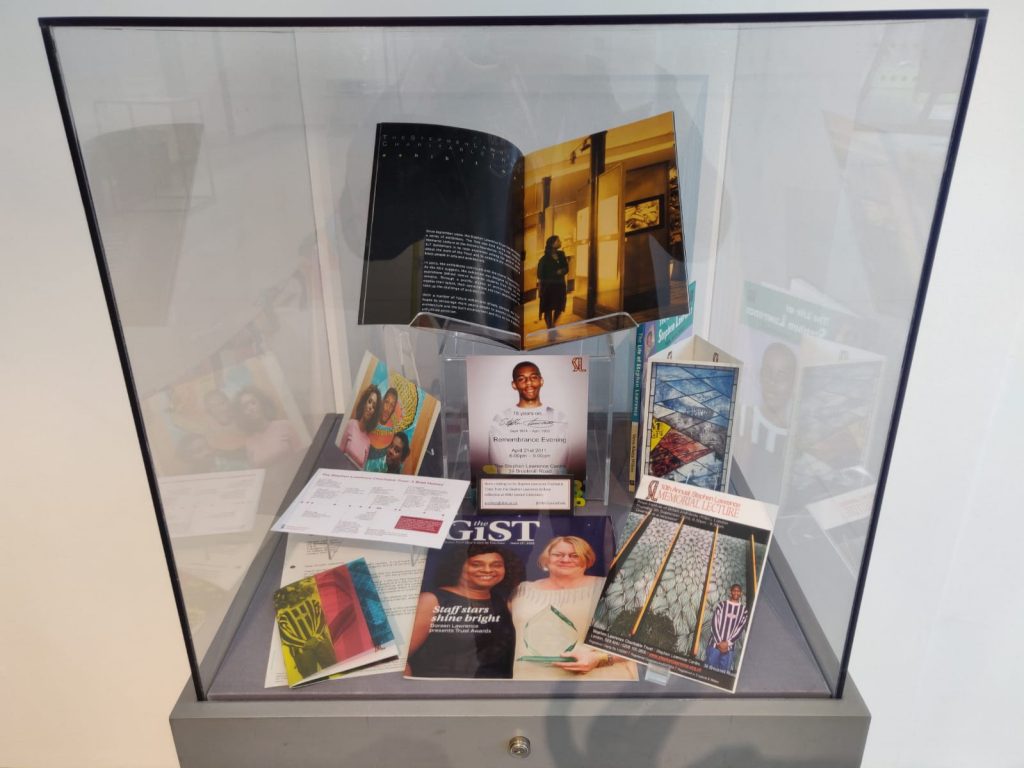 Items relating to the work of the Stephen Lawrence Centre

It was a proud moment for our Archives Manager, Katharine, and the Special Collections team to finally see the launch of the Centre.

https://t.co/2ilCkUNDwy Very proud that yesterday was the formal launch of @SLRC_DMU I have been working hard on this project for 3 yrs inc planning, researching, writing and installing an exhibition using #archive materials Doreen Lawrence has deposited with @DMUSpecialColls

The archival catalogue is currently closed but it is hoped access arrangements will be finalised over the summer and the collection made available to the public at Special Collections at DMU and through our online catalogue.

The opening of the Centre is a historical moment for DMU and its commitment to the legacy of Stephen Lawrence in the ongoing struggle for equality and social justice which at Special Collections we are very proud to be a part.