On This Day: the execution of Edith Cavell, 1915

To accompany our posts on students who gave their lives during World War I, I thought it appropriate today to exhibit materials we have relating to Edith Cavell, the British nurse who is known to have helped save the lives of injured soldiers on both sides of the conflict without discrimination. 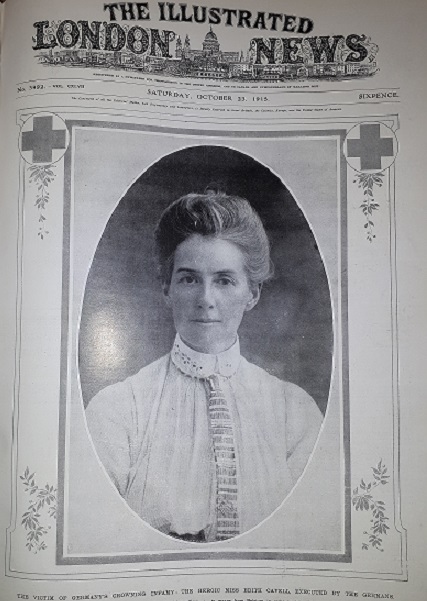 Having been arrested by German forces for assisting with the escape of over 200 injured allied soldiers from Belgium, Cavell was executed by firing squad on October 12th 1915. Her story made front page news and there followed a number of articles and artistic impressions in subsequent editions throughout the war that, as well as celebrating Cavell’s wartime contribution, were also serving as propaganda pieces: 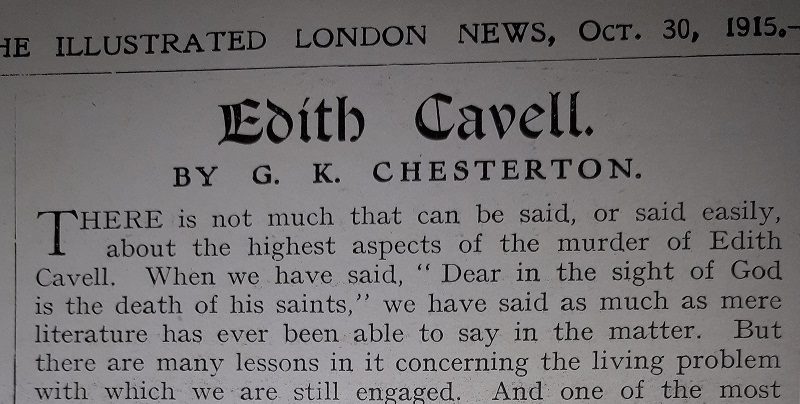 An article by the eminent journalist and novelist, G K Chesterton in the 30th October 1915 edition of ‘The Illustrated London News’ 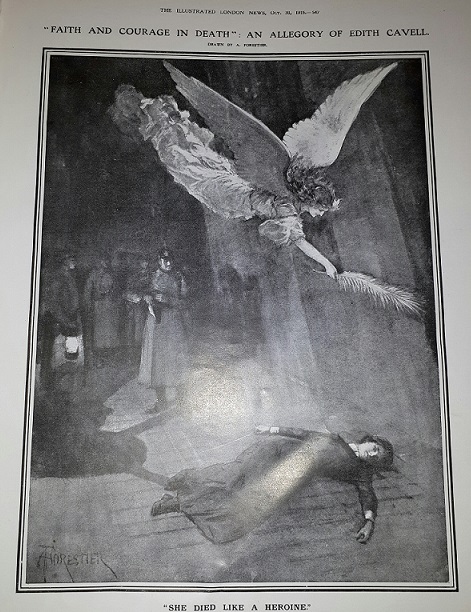 ‘”Faith and Courage in Death”: An Allegory of Edith Cavell’ by A Forestier. As above.

Over the years, her impartial treatment of allied and German soldiers along with her martyrdom have been the source for many biographies and adaptations, with the first film being produced as early as 1916. In our holdings we have one such adaptation, a made for television play by Andrew Davies, titled Happy in War. Broadcast on the BBC in 1977, the programme is one of several biopic projects Davies worked on at the time. 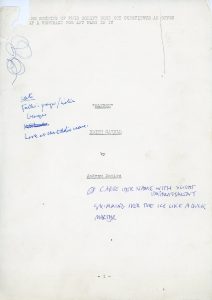 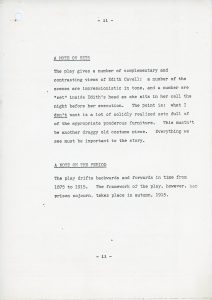 Notes on the sets and desired tone for the adaptation by Davies. 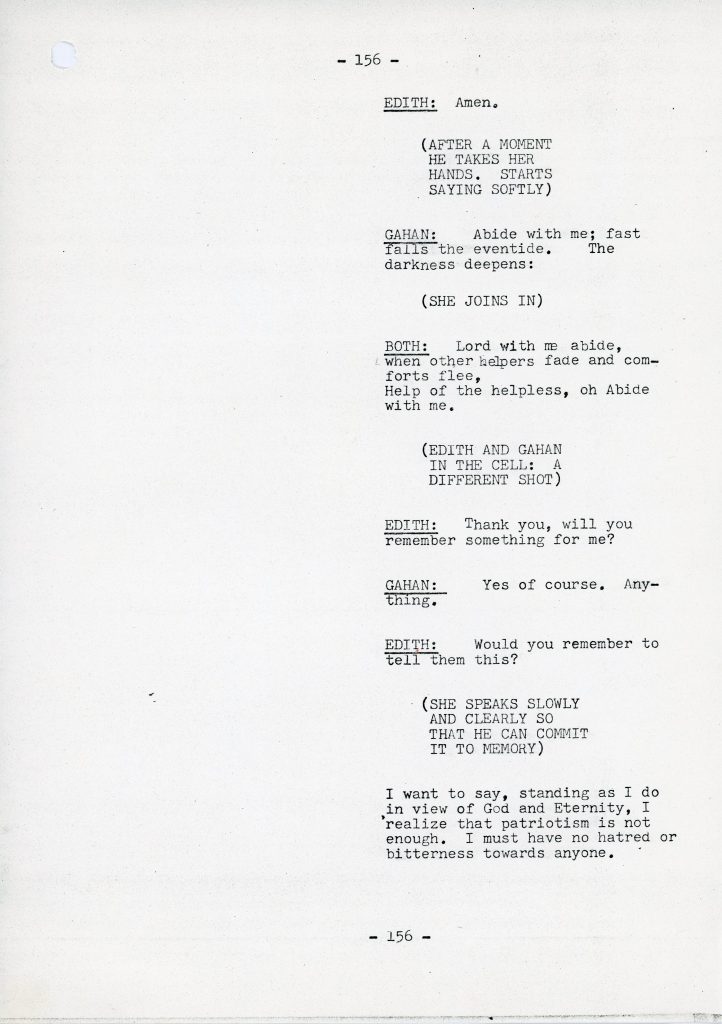 One of the final pages of the screenplay featuring Cavell’s famous last words: ” Patriotism is not enough. I must have no hatred or bitterness towards anyone.”