A ‘world’ war : recognising the contribution of Indian and African troops in the First World War

Recent commemorations have marked 100 years since the end of the First World War. The focus of these events has tended to be on the Western Front and the trenches in France and until recently the racial diversity that comprised troops has been absent from many memorials. DMU’s Special Collections travelling exhibition about the war focused on local impact and those men from Leicester who were killed. Some of the items from that exhibition can be seen here, such as the Roll of Honour produced by the College of Art. This display, however, aims to look beyond that to highlight and include the significant contribution and losses of Indian and African troops during the war.

As the war escalated, Britain, France and Germany experienced unprecedented losses and they soon sought reinforcements from then colonial countries, such as India, Morocco and Tunisia. The colonies were expected to provide manpower both for fighting and associated war work, both in Europe and in Africa where France and Britain looked to seize lands claimed by Germany. Colonial troops were treated badly, often not provided with uniform, and considered to be expendable ‘cannon-fodder’.

The Illustrated London News articles are problematic, using patronising and racist language and promoting an imperialist and colonial perspective. The article on troops from Fiji, for example, is a ‘Science and Nature’ feature which reduces the Fijian people to stereotypes about cannibalism. Other articles include images of Indian princes who are romanticised for their exotic contribution, the text heavy with stereotypes about Eastern riches and orientalism.

The Special Collections team does not condone the way Indian and African peoples are presented in these articles, but we believe that it is important to expose how their contributions were presented to the audience in Europe and the UK in a way that enforced stereotypes and acted as colonial propaganda. In creating this display, we hope to acknowledge the bravery of all troops forced into a futile and bloody conflict. While it is important that each nation is permitted space to mourn according to custom it is also worth considering the universal experience of grief and the power of remembrance. 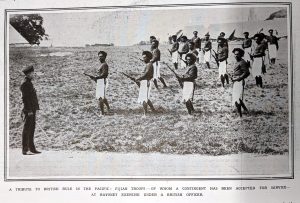 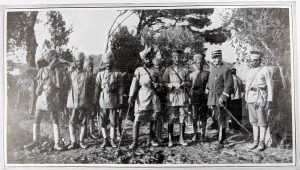 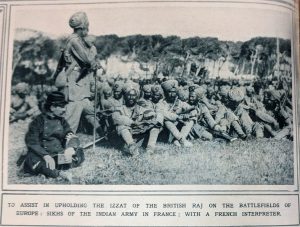 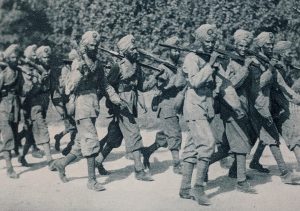 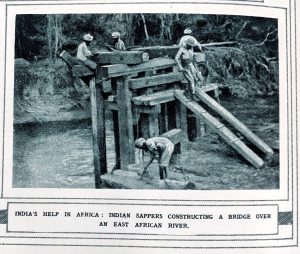 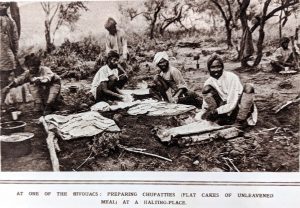 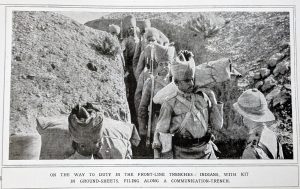 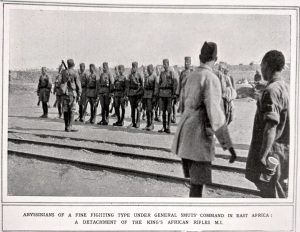 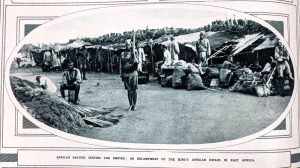 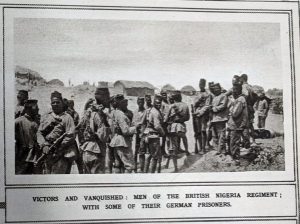 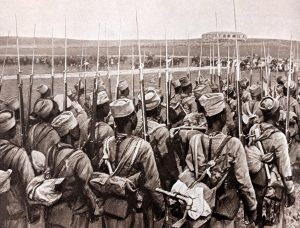 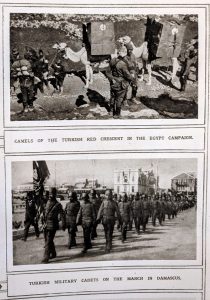 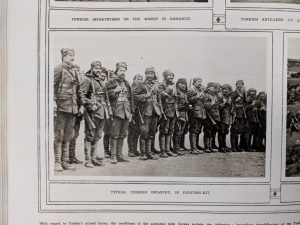