Remembering World War I: students who gave their lives

This Sunday, 25th September, marks the 100th anniversary of the death of George Edward Usher. Like his comrades, Bostock and Rollinson, he is commemorated on the Thiepval War Memorial and died during the Battle of the Somme.  Usher served with the 6th Battalion, Leicestershire Regiment and was a student at Leicester Art School (DMU) between 1911-1915. He is frequently mentioned in the press cuttings albums for passing a number of exams and receiving several commendations. 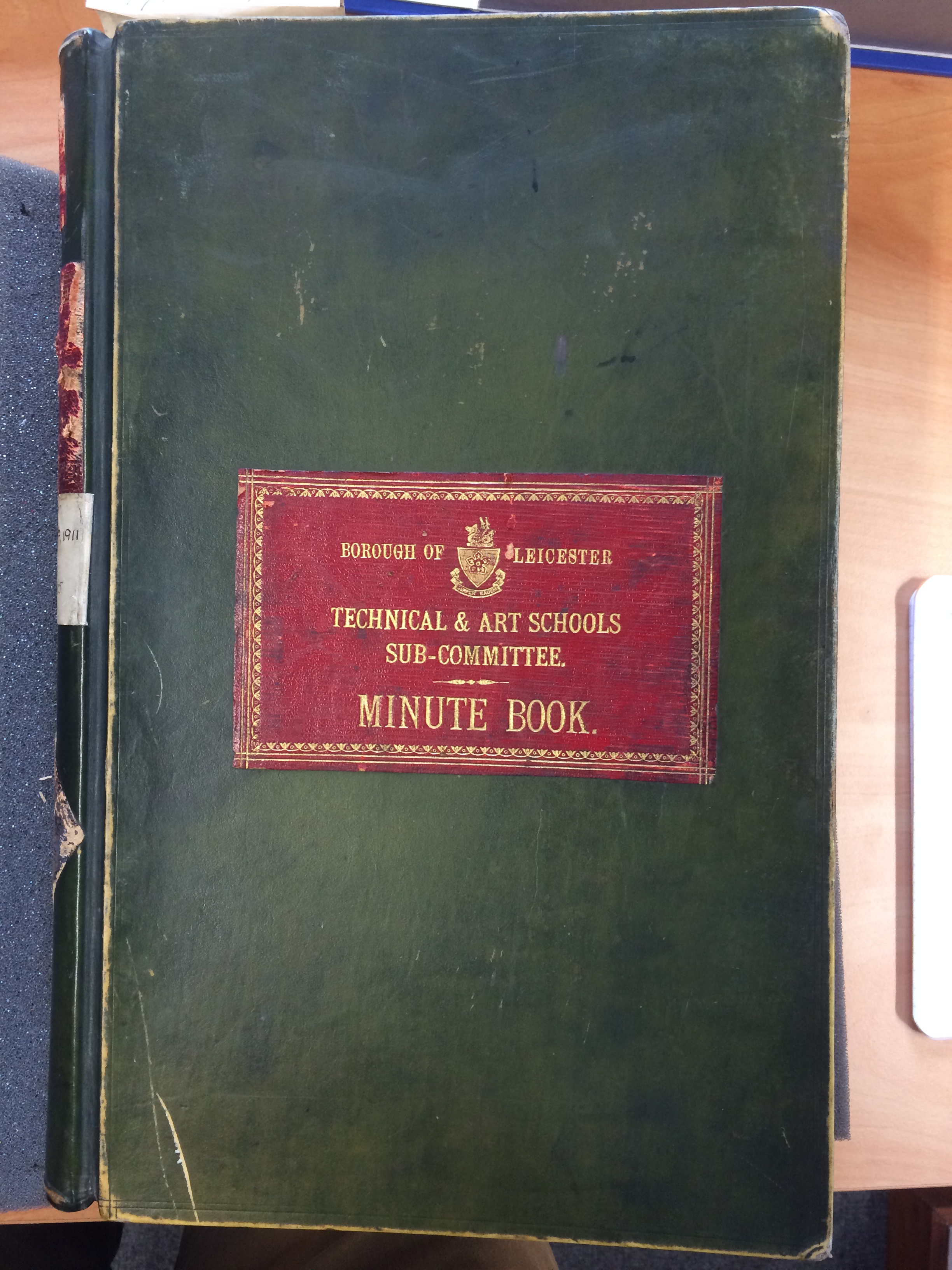 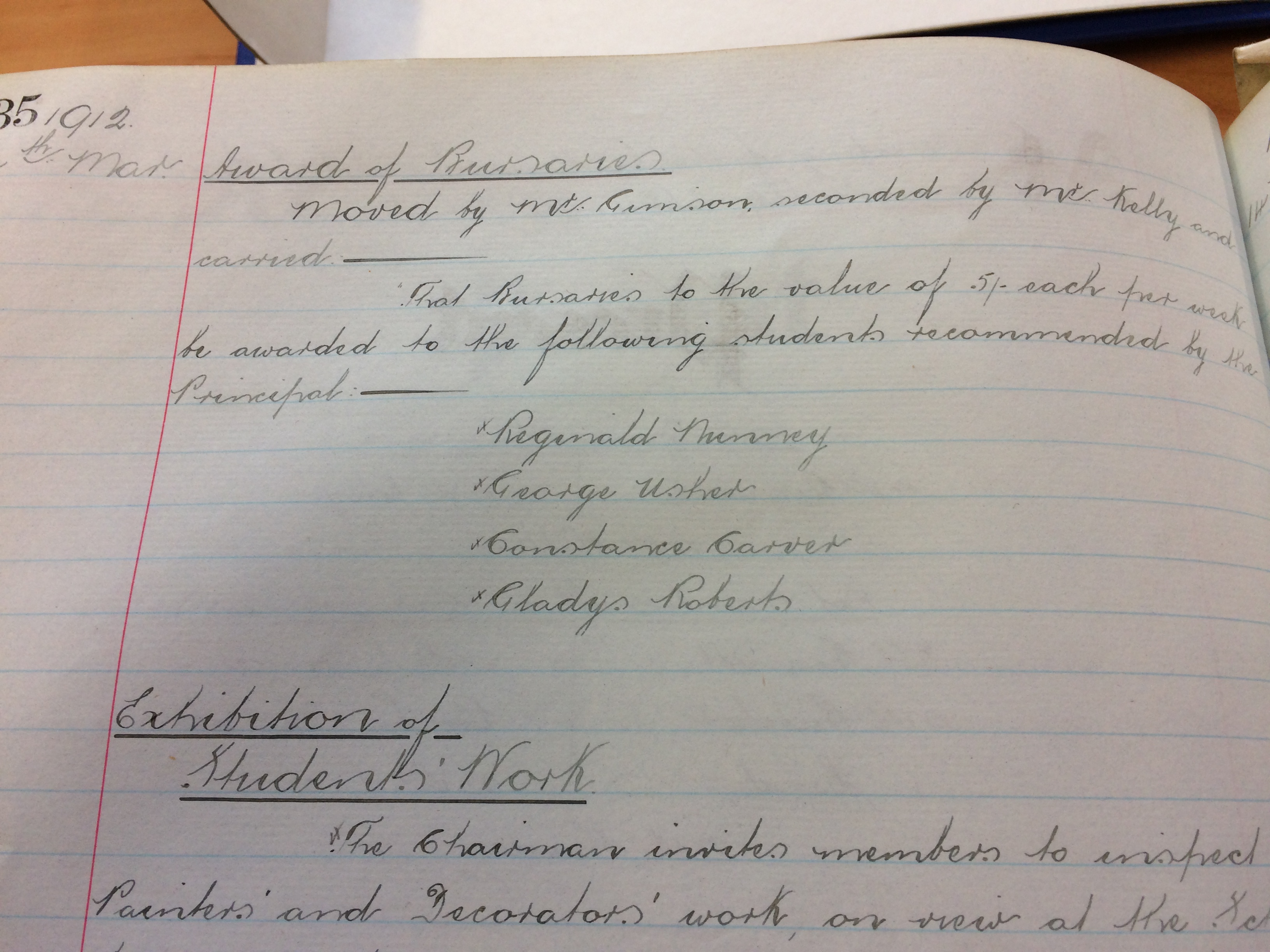 By recommendation of the Priniciple, George E. Usher is awarded a bursary of 5p per week, 12th March 1912. 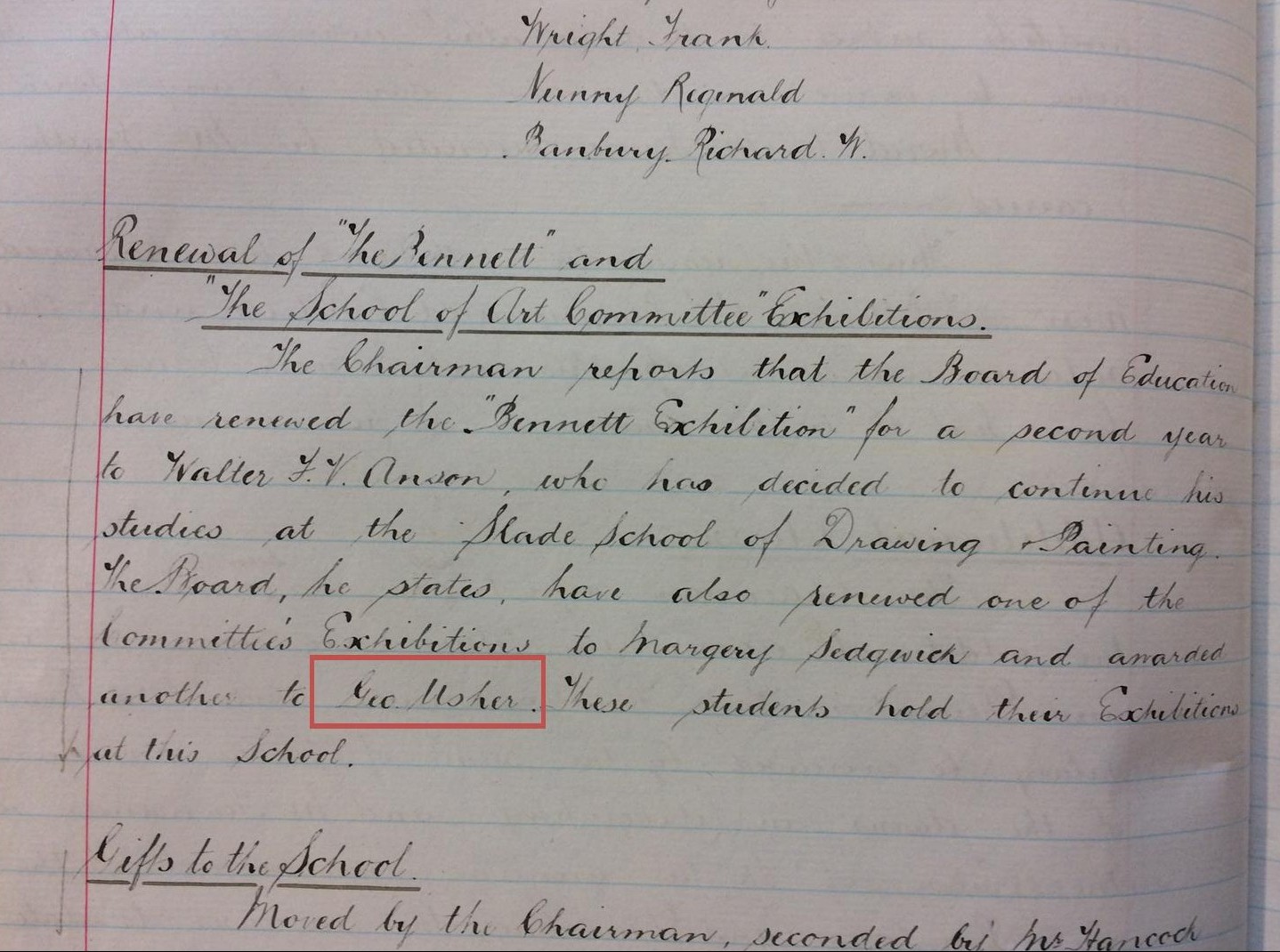 At a board meeting George E. Usher is designated an exhibition of his work, 10th October 1912. 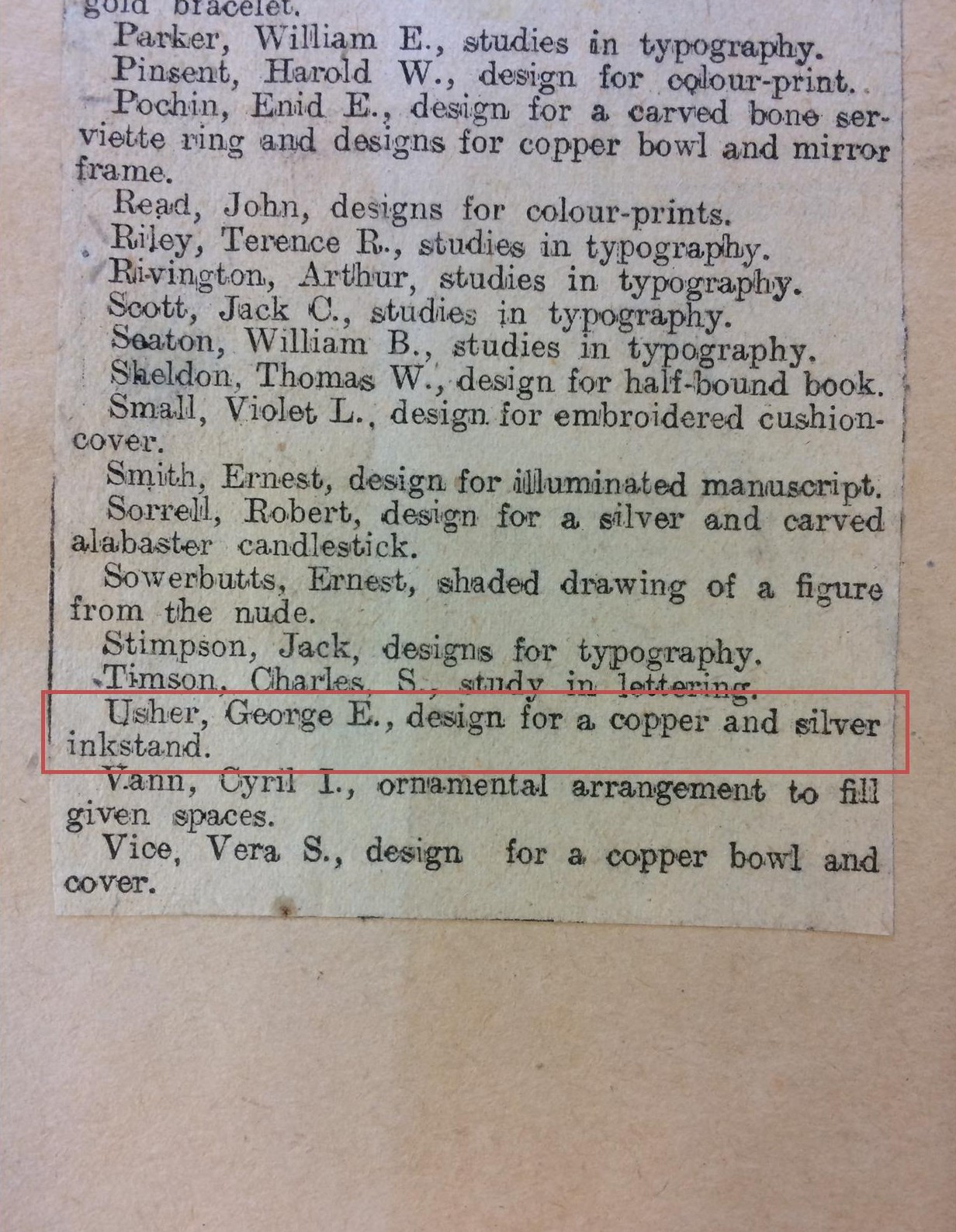 In 1915 Usher was commended for the design of a copper and silver inkstand.