Remembering World War I: students who gave their lives

July 2016 commemorates 100 years since the Battle of the Somme began, and to accompany our online exhibition, ‘The Impact of the Great War’, we will remember the fallen students from the Leicester Municipal Technical and Art School (a predecessor of DMU) with a series of individual blog posts, reflecting on a previous student’s contribution, the context of the War, and how the School coped.

On 15th July 1916, one hundred years ago, Lance Corporal W Cundall of the 16th Battalion, King’s Rifle Corps died. He was later buried at Delville Wood Cemetery, Longueval, France. The Battle for Delville Wood was a part of the wider Somme offensive with the majority of the heavy fighting taking place between the 14th and 20th of July 1916. Cundall is recorded as passing the City and Guilds Grade 2 Typography exams in 1914 and is listed in the Printing Trades Classes Roll of Honour as well as the School of Arts and Crafts Roll of Honour. 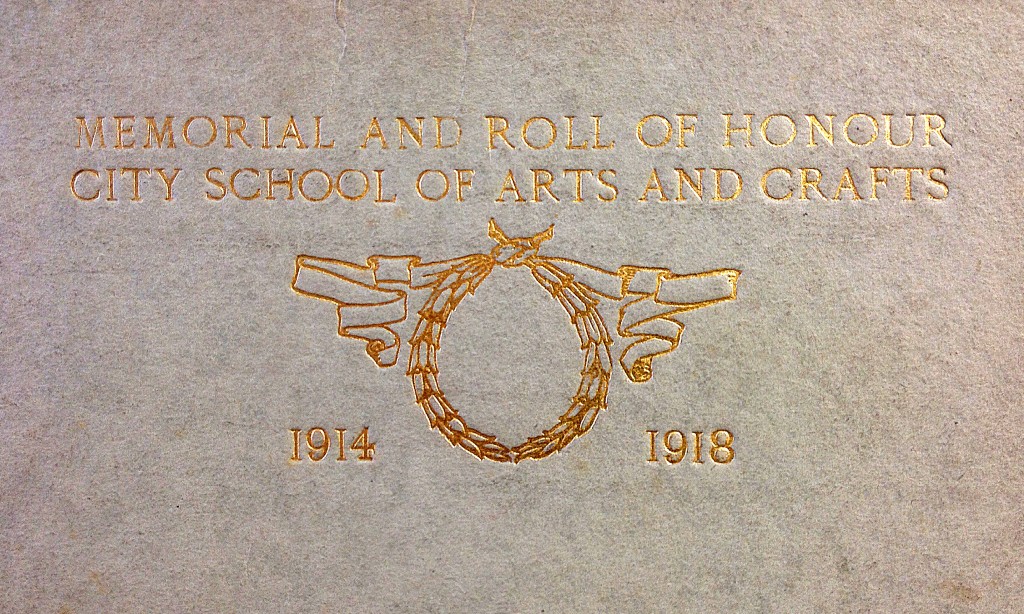 Detail of the front cover of the Memorial and Roll of Honour produced by City School of Arts and Crafts, 1914- 1918”. This dates it to post 1919 as the Municipal Technical and Art School changed its name to the City of Leicester School of Arts and Crafts and the City of Leicester School of Technology in that year. It lists 177 staff and students who served in the forces, including 20 men who were killed. 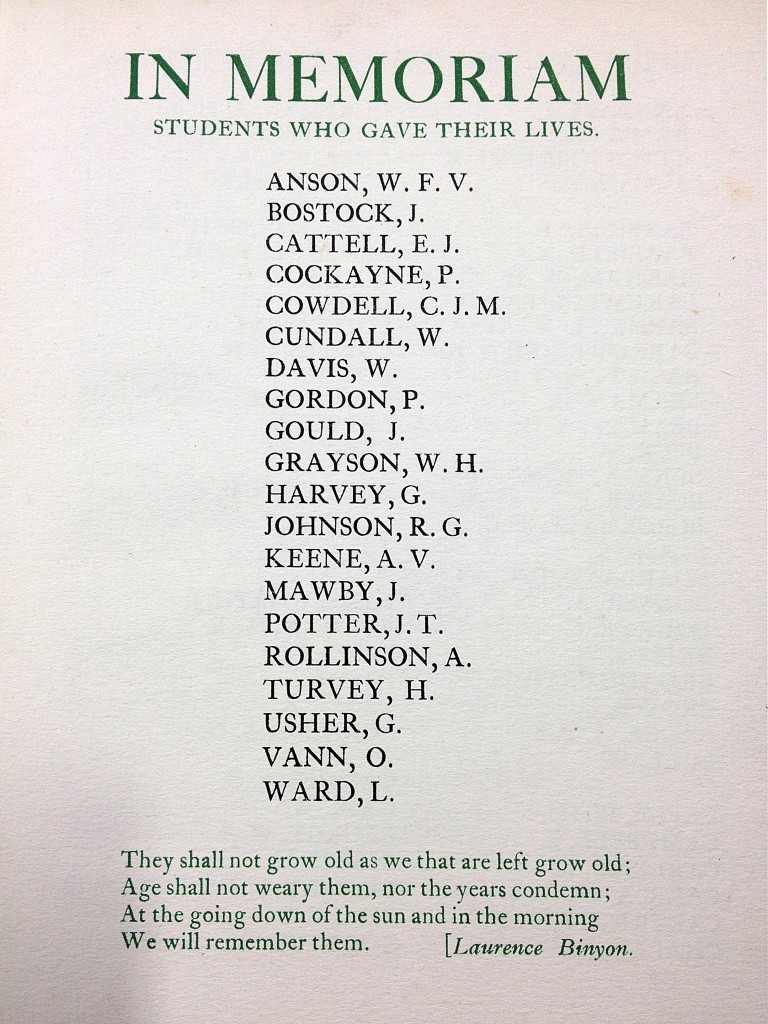 The first page listing students who were killed in the conflict, including Cundall.