This Sunday will be Mothering Sunday, and although not always celebrated on the same date, days have been allotted to the celebration of mothers and motherhood in over a hundred countries across the globe. In addition to their role as mothers, it’s important to remember that all carers are individuals too, with their own interests, careers, and passions.

However, this has not always been recognised, and no where is the historic conventionalising of child-carers more evident than in children’s literature. 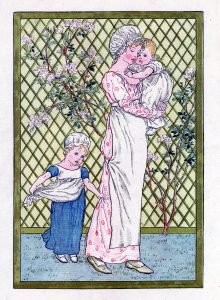 From ‘A Day in a Child’s Life’ 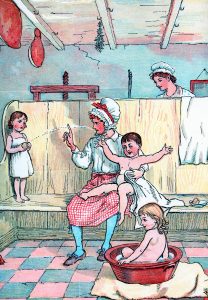 From ‘R. Caldecott’s Collection of Pictures and Songs’

At the turn of the 20th Century, women were beginning to play a larger role in children’s literature, fantasy stories, and nursery rhymes. While from a modern perspective this change was arguably a step forward, the representations of these women were scarcely progressive. 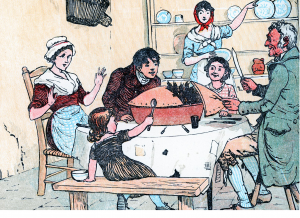 From ‘R. Caldecott’s Collection of Pictures.’ 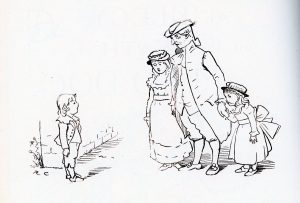 From ‘R. Caldecott’s Collection of Pictures.’

Writing in 1971, Alleen Pace Nilsen referenced a phenomenon she described as a ‘cult of the apron.’ Although writing at a later date, she discovered that of all the books she surveyed, only 25 featured images of women, and for 21 of those women were apron-clad child-carers, and the rest were attending to housework. 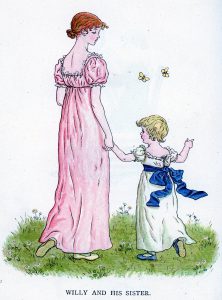 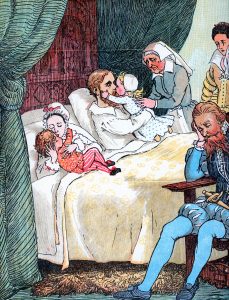 From ‘R. Caldecott’s Collection of Pictures and Songs’ 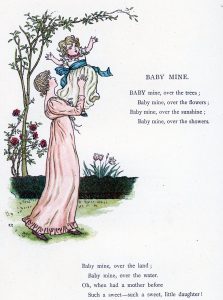 Interestingly, it was frequently only the dour demeanour of maids that separated them from the gentle mother, while mothers and elder sisters often fulfil a similar child-caring role and appear practically indistinguishable. As we approach Mother’s Day, it’s good to remember and celebrate the role of all the women who cared for us during our lifetime, related or not. 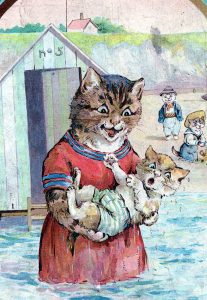 From ‘More Jingles and Jokes.’ 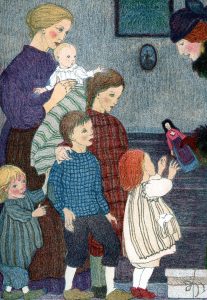 From ‘Christmas Pictures by Children.’

Finally, Mother’s Day is equally a time to celebrate the individuality of those who raised us – our mothers and carers are no longer expected to be the doting, apron-clad women of children’s literature, and we are therefore able to celebrate their lives in full recognition of the traits and qualities that make them special to us.