While in the past we have done numerous posts and exhibitions showcasing some of the amazing Shakespeare-related materials we have in the archive, we could not resist posting something for Shakespeare Week

So, we set ourselves the challenge of trying to find some of the more unusual items in our collections that have not been used before. The following four items are a testament (as if we were ever in doubt) to the fact that Shakespearean culture and references can be found everywhere and in archival collections where you might not expect!

First up is this beautiful slide from the UNESCO World Art Series: Iran. The image shows the titular characters, Laila and Majnun, from the Persian love story written by poet, Nizami Ganjavi in the 10th century. Despite being written before Shakespeare’s play, the poem is often referred to as the Romeo and Juliet of the East. 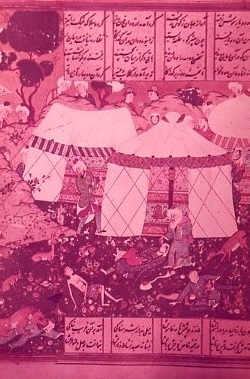 No. 25 ‘Laila and Majnun’ from the National Art Slide Library Collection. Originally housed at the Victoria & Albert Museum, London, the collection came to DMU in the 1990s and includes a number of art and architecture series.

Second, is an extract taken from a book that has only recently come to Special Collections with the acquisition of the Briggs-Blake-Zurbrugg Memorial Library. Eyewitnesses of Shakespeare: First Hand Accounts of Performances 1590-1890 is a fascinating collection of contemporaneous reactions to Shakespeare’s plays and how they were performed, with one nineteenth-century reviewer bewailing the tendency for Juliets to over-act their grief in a violent manner. For variety, the extract below is one of the earliest records of an audience report of Julius Caesar from 1599. 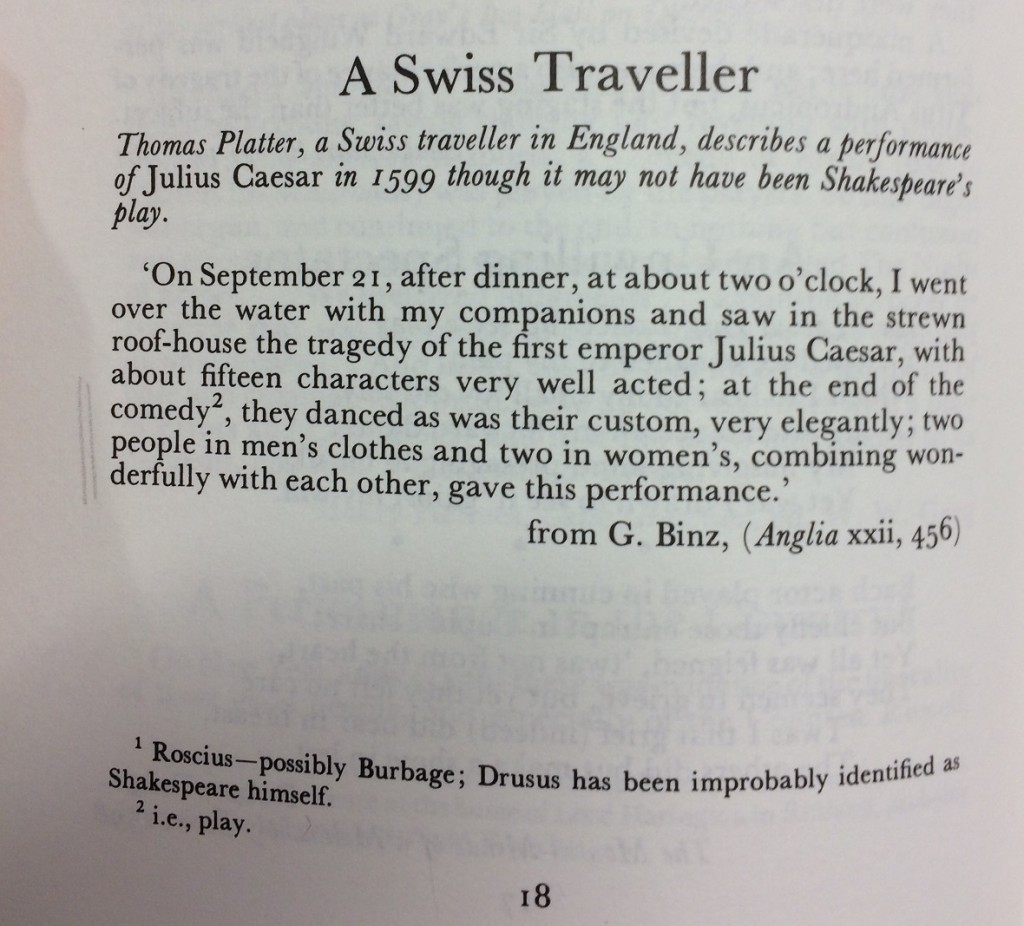 This brief response is a wonderful insight into how one Swiss traveller spent an autumn afternoon in London – dinner followed by a matinee! ‘Eyewitnesses of Shakespeare’ by Gamini Salgado. London: Chatto and Windus Ltd, 1975. pg 18.

Third, is an image from our Vogue collection. In the 1940 August issue this fabulous image of Laurence Olivier (swoon) and Vivien Leigh celebrates their marriage as well as promoting their Broadway performance in Romeo and Juliet which took place during the same year. 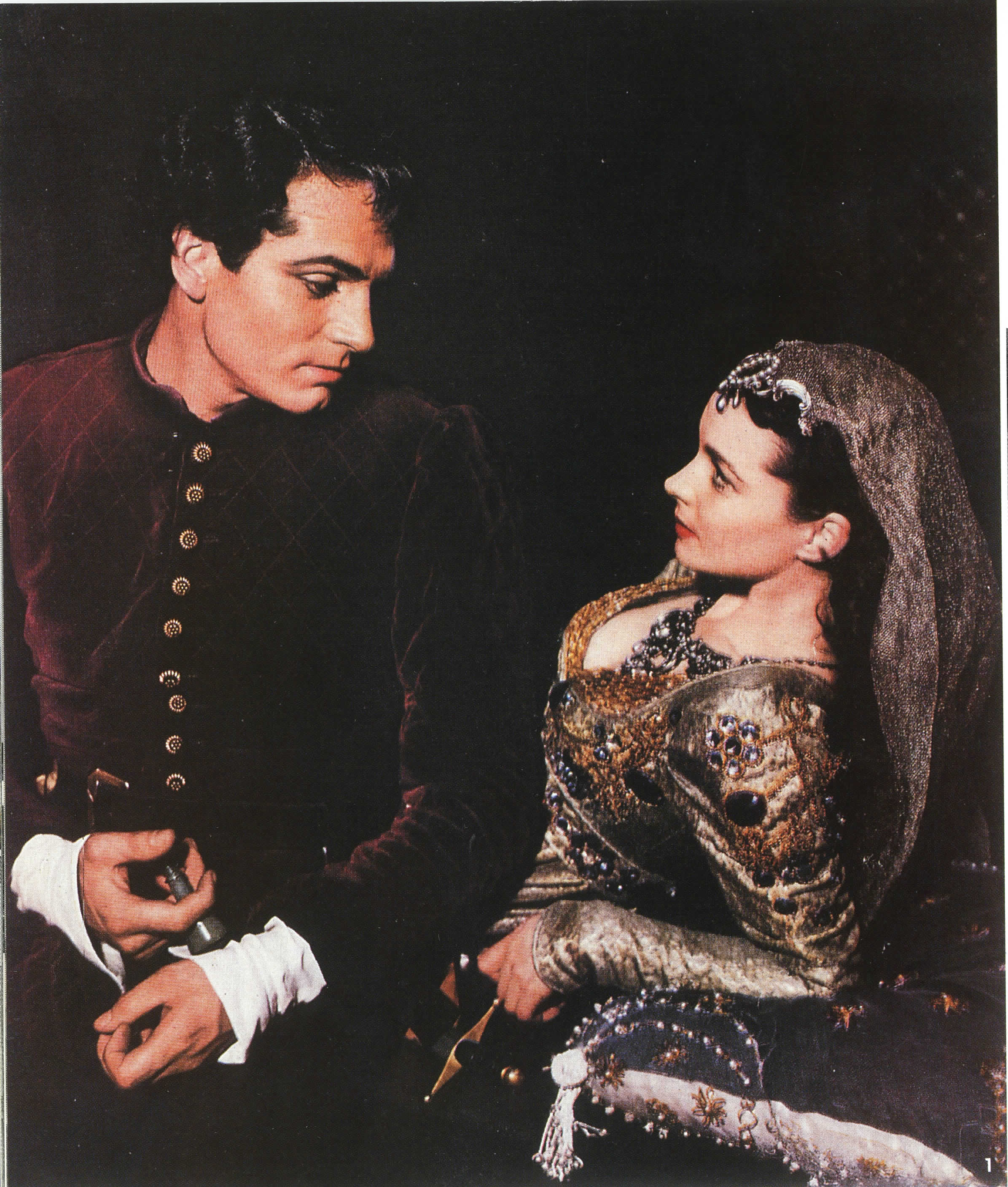 ‘Vogue’ August, 1940 pg 25. The caption reads: “The true-life love story of Scarlett O’Hara and ‘Rebecca’s’ Maxim de Winter was apotheosised in their broadway ‘Romeo and Juliet’. Tepid press notices but a big thrill for their fanatic fans.”

The Vogue Collection spans from 1937-1997 and includes the British, French and Italian publications as well as L’uomo Vogue (Men’s Vogue).

And finally, we have a script taken from the Andrew Davies Collection, Rohan and Julie, sub-titled Romeo and Juliet Today in Northern Ireland. Here we have a contemporary setting and instead of the Capulets and Montagues our vying families are the Caffertys and Morrisons. 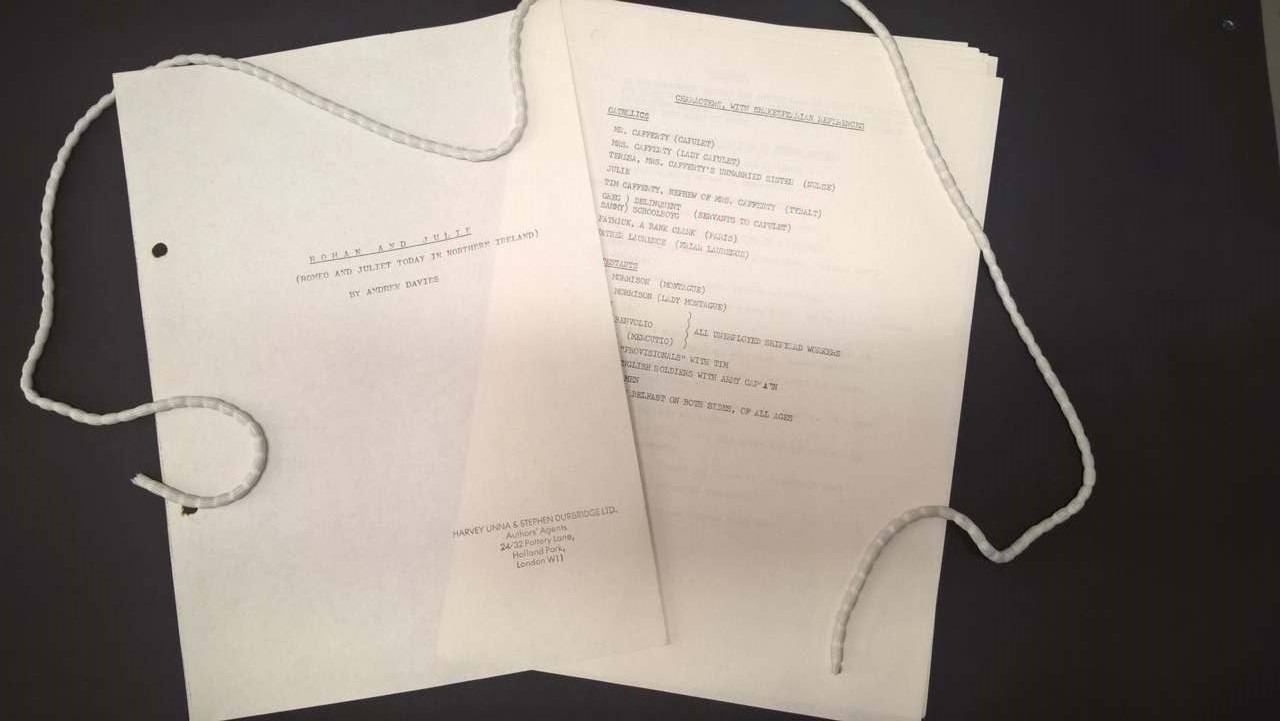 Title page and character list from ‘Rohan and Julie’ first performed in 1975.

Rather unexpectedly, this post has developed a distinct Romeo and Juliet theme. If only I had started earlier in the week  – I could have done a play a day!