This afternoon the Heritage Centre was delighted to host the launch of “Shakespeare’s Cultural Capital: His Economic Impact from the Sixteenth to the Twenty-first Century”. Edited by DMU Vice-Chancellor Professor Dominic Shellard and Dr Siobhan Keenan, the book brings together a collection of essays from international scholars that examine the direct and indirect economic and cultural impact of Shakespeare in the UK and beyond.

Below are some images from the event. 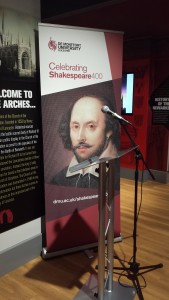 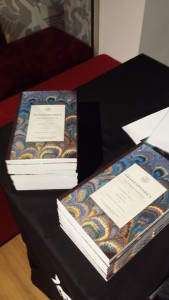 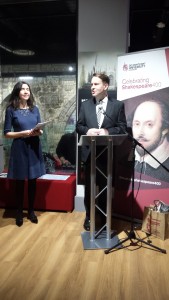 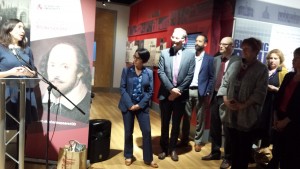 Professor Dominic Shellard and Dr Siobhan Keenan introduced the event, expressing awe at the quick turn around of the book, which was written and published in just 9 months. Speakers included DMU academics who have contributed to the book. Professor Gabriel Egan spoke about the challenges of editing different versions of Shakespeare, pointing out that some of his most famous quotes appear altered in some folios: “Neither a borrower nor a lender boy” and “A rose by any other word would smell as sweet” for example. Professor Deborah Cartmell spoke about film adaptations of Shakespeare, explaining that he was once considered ‘box office poison’ and imagining Shakespeare as a successful movie writer and producer living in Bel Air. Finally Professor Shellard described being inspired by the discovery of the body of Richard III in Leicester to consider the tensions between the Shakespeare version of the King, the historical record and the perceptions of those who wish to celebrate and commemorate him. 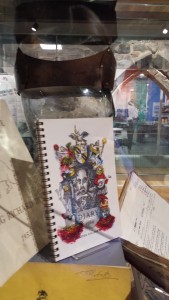 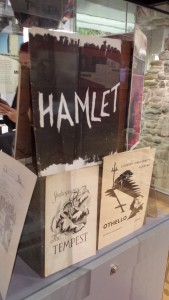 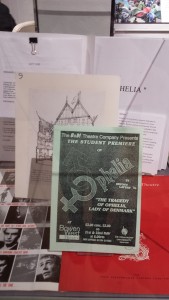 There was much interest in the Shakespeare pop up exhibitions which draws on material from DMU Archives. 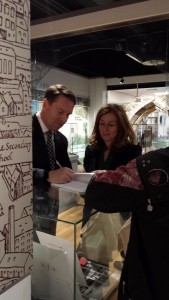 Several people took the opportunity to get their copy of the book signed! 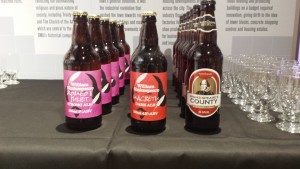 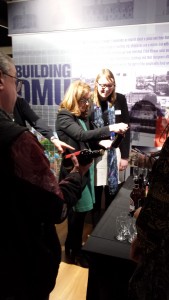 A popular aspect of the event was the opportunity to sample some Shakespeare themed beers! A pint of “Romeo and Juliet” anyone?

When I was 13 every careers questionnaire I did at school suggested I become an archivist. In rebellion I studied History of Art at Cambridge and the Courtauld Institute before giving in to the inevitable and undertaking a qualification in Archives Administration at Aberystwyth University. I worked at King’s College London Archives and the London Metropolitan Archives before becoming the Archivist here at DMU in January 2013. My role is hugely varied: answering enquiries and assisting researchers, sorting, cataloguing, cleaning and packaging archival material, managing our environmentally controlled storage areas, giving seminars, talks and tours, researching aspects of University history, liaising with potential donors and advocating for the importance of archives within the organisation. I am one of those incredibly fortunate people who can say ‘I love my job’ and really mean it.
View all posts by Katharine Short →
This entry was posted in Archives, Heritage Centre and tagged Shakespeare. Bookmark the permalink.

1 Response to #Shakespeare400: Book Launch at the DMU Heritage Centre