“Stand Up and Be Counted”

While the General Election campaign for 2017 has been short it has definitely been eventful. The polls have changed dramatically and more people have flocked to political rallies than they have for years according to some sources. We are proud to say that DMU has hosted 3 events — Be the Change, Be the Change 2 and Be the Change 3 which took place on Tuesday — to promote political debate and exchange and to raise awareness about the importance of voting itself.

So, on this final day of decision-making, June 8th, which also happens to be the 104th anniversary of the death of Emily Wilding Davison, the fearless suffragette who was continuously arrested and eventually killed when she stepped in front of King George V’s horse at the Epsom Derby in her final act of campaigning for Equal Voting Rights, we thought we would share some material to remind us that we should never take our vote for granted or let the media and polls with their predictions of successes or failure stifle our will to vote. 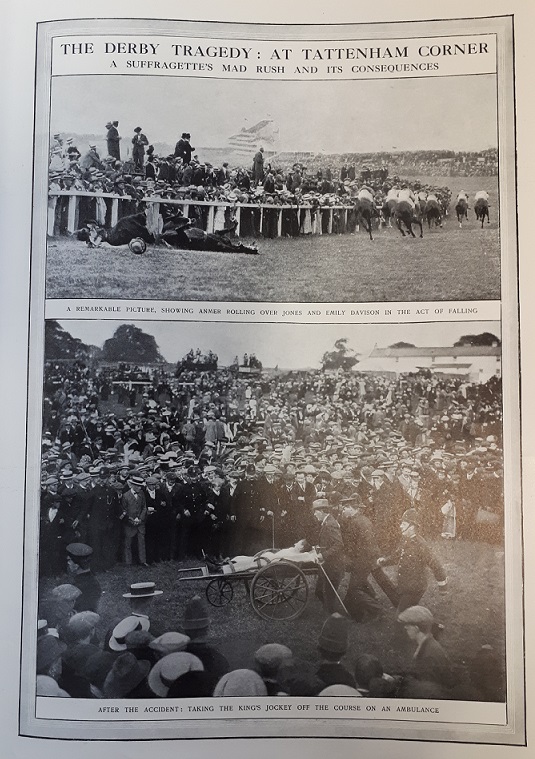 This image from the illustrated newspaper ‘The Graphic’ (4th June 1913) shows the scene at Epsom Derby. While Emily’s hat can be seen tumbling to the ground in the above image the reader is clearly being directed at the crowds and the injured jockey rather than the issues that compelled Wilding Davison to act.

The following images are taken from a collection that belonged to Romola Christopherson which relate to the 50th anniversary celebrations of equal voting rights that took place in 1978. 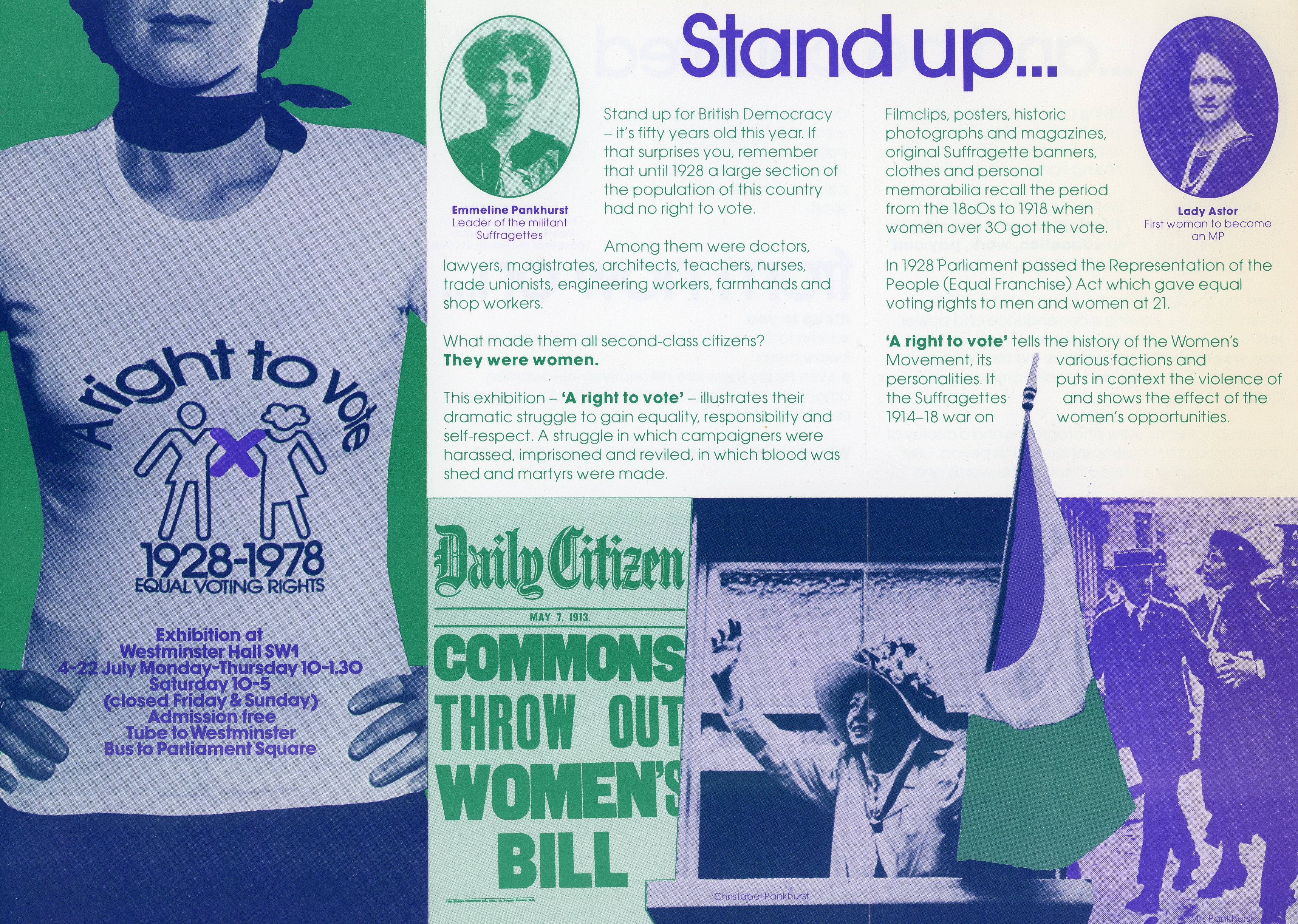 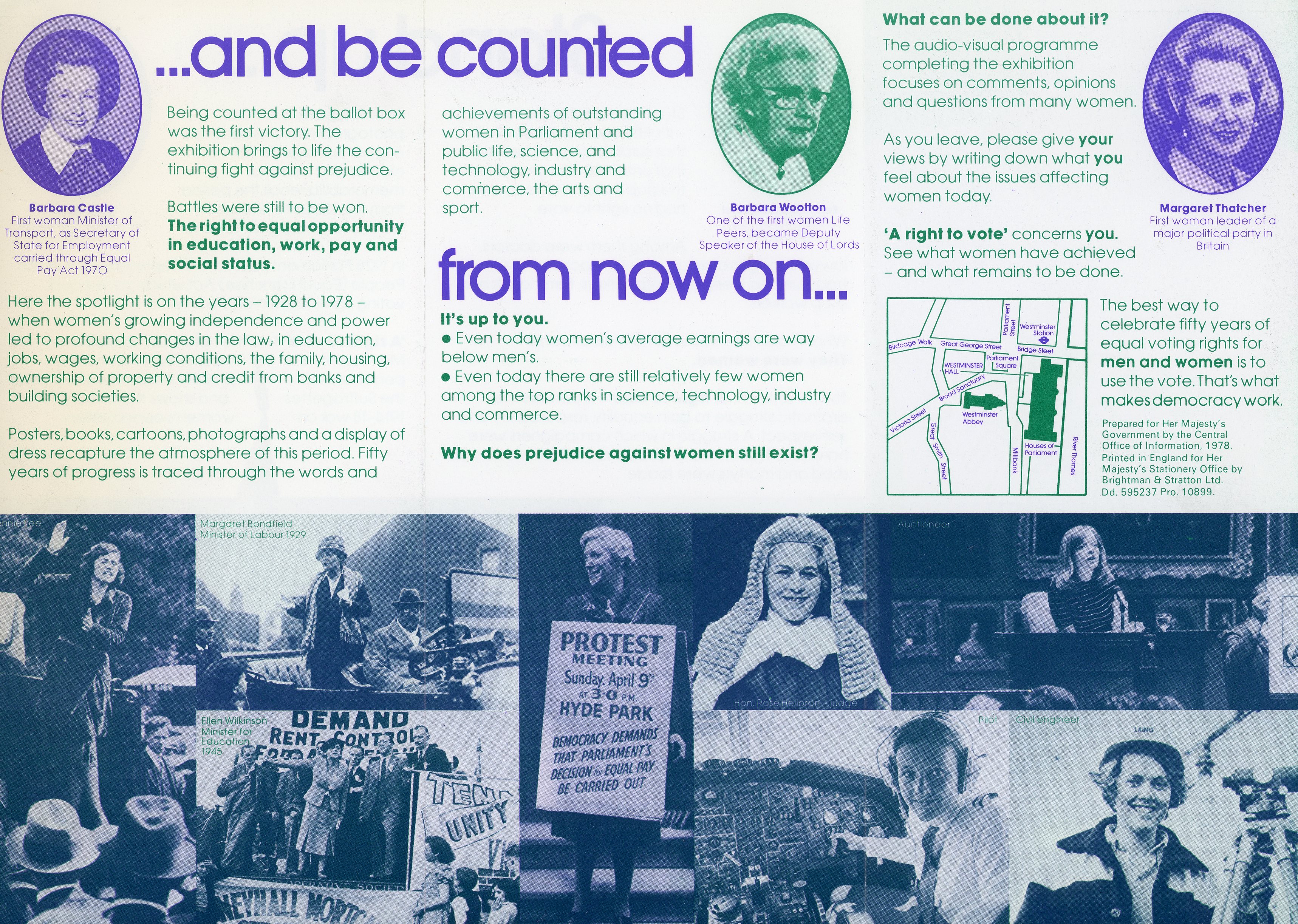 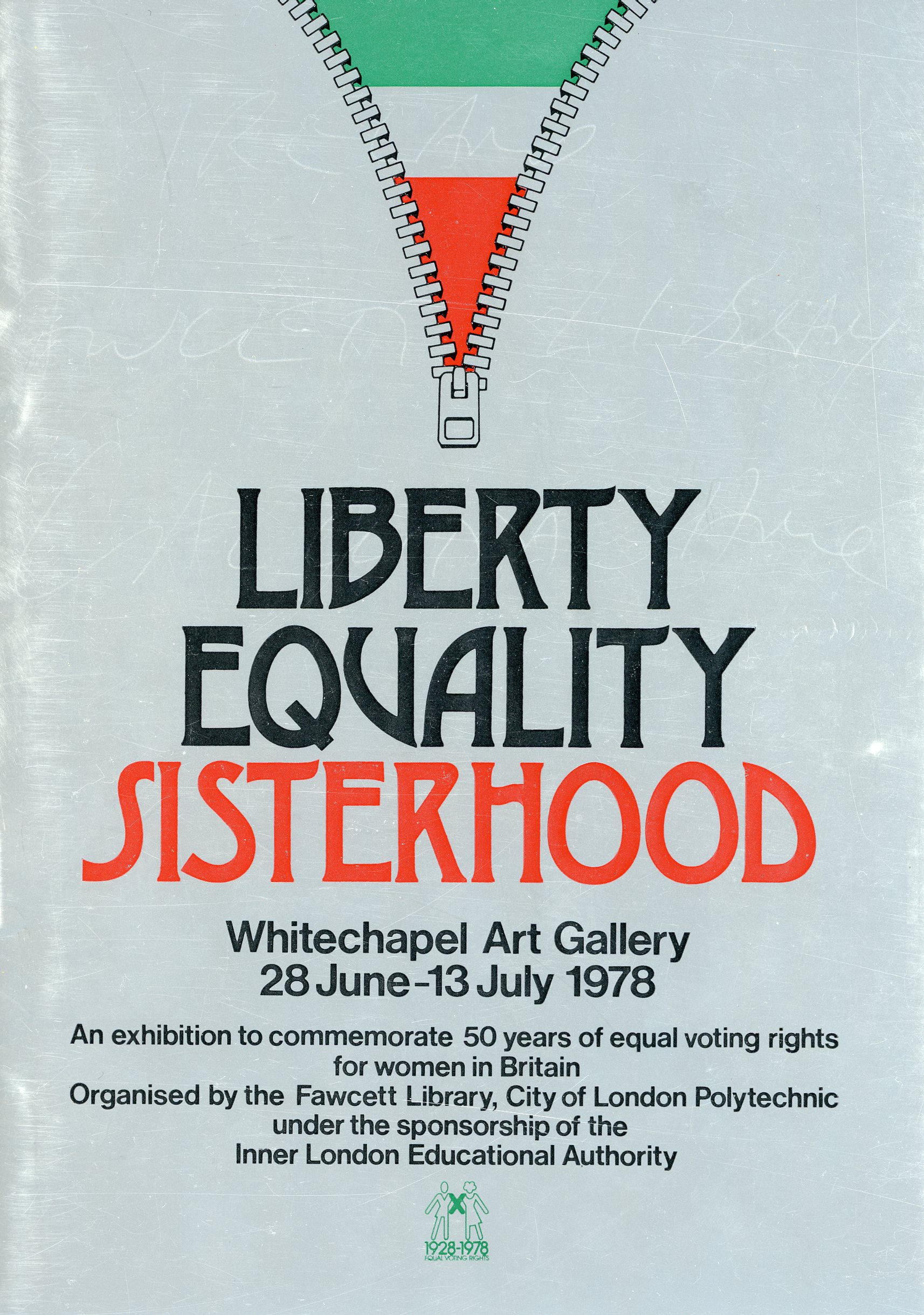 The front cover of this exhibition brochure is a powerful call for solidarity and I am sure it is no accident that through the image of the zip it references Erica Jong’s ground-breaking and controversial novel ‘Fear of Flying’ published in 1973. For all those who do not quite get the reference I won’t spoil it for you but will instead encourage you to read the book – if you do prepare to have your views challenged, even in 2017! 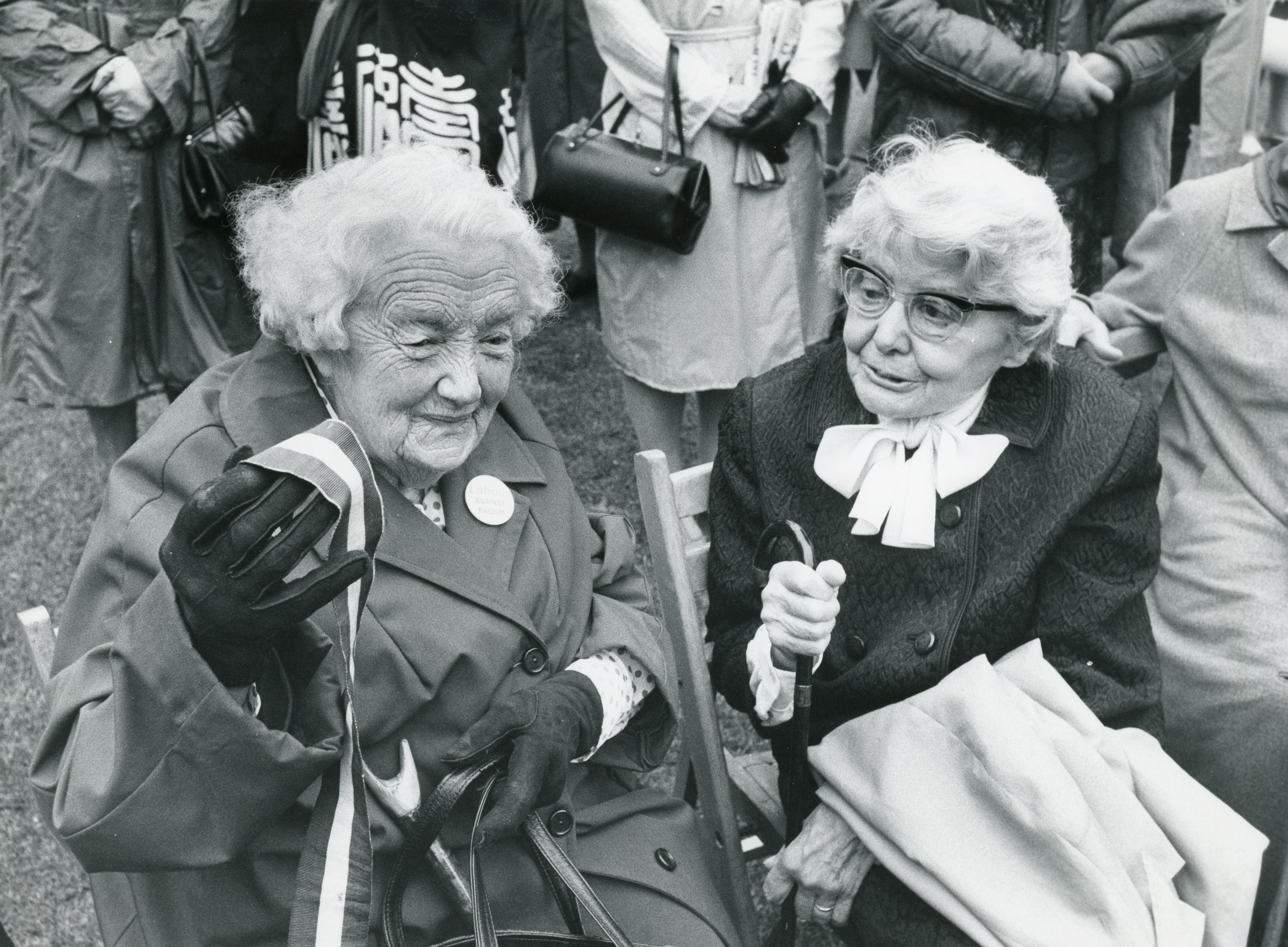 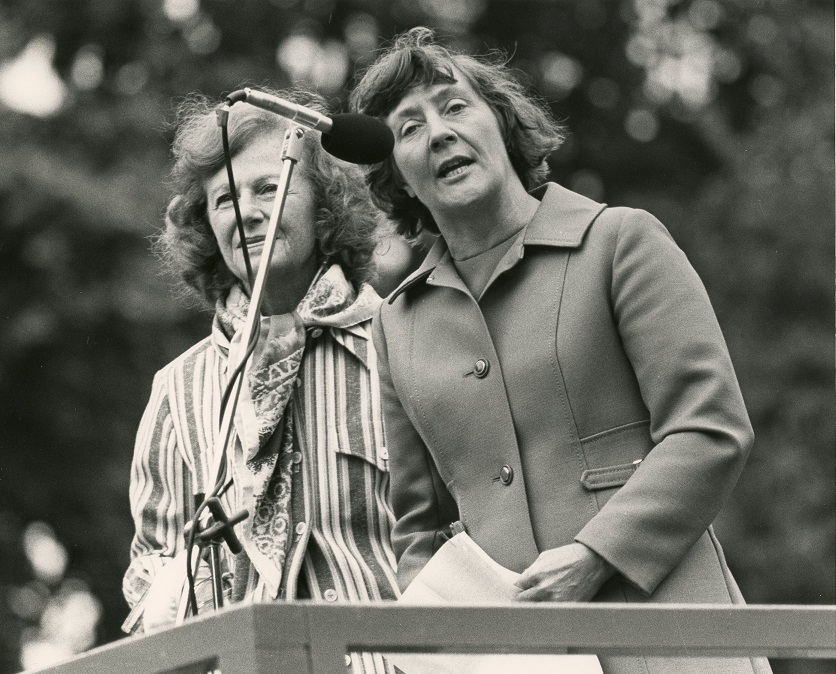 Lady Burke and Shirley Williams deliver a speech at the 50th anniversary of equal voting rights in Tower Gardens, London 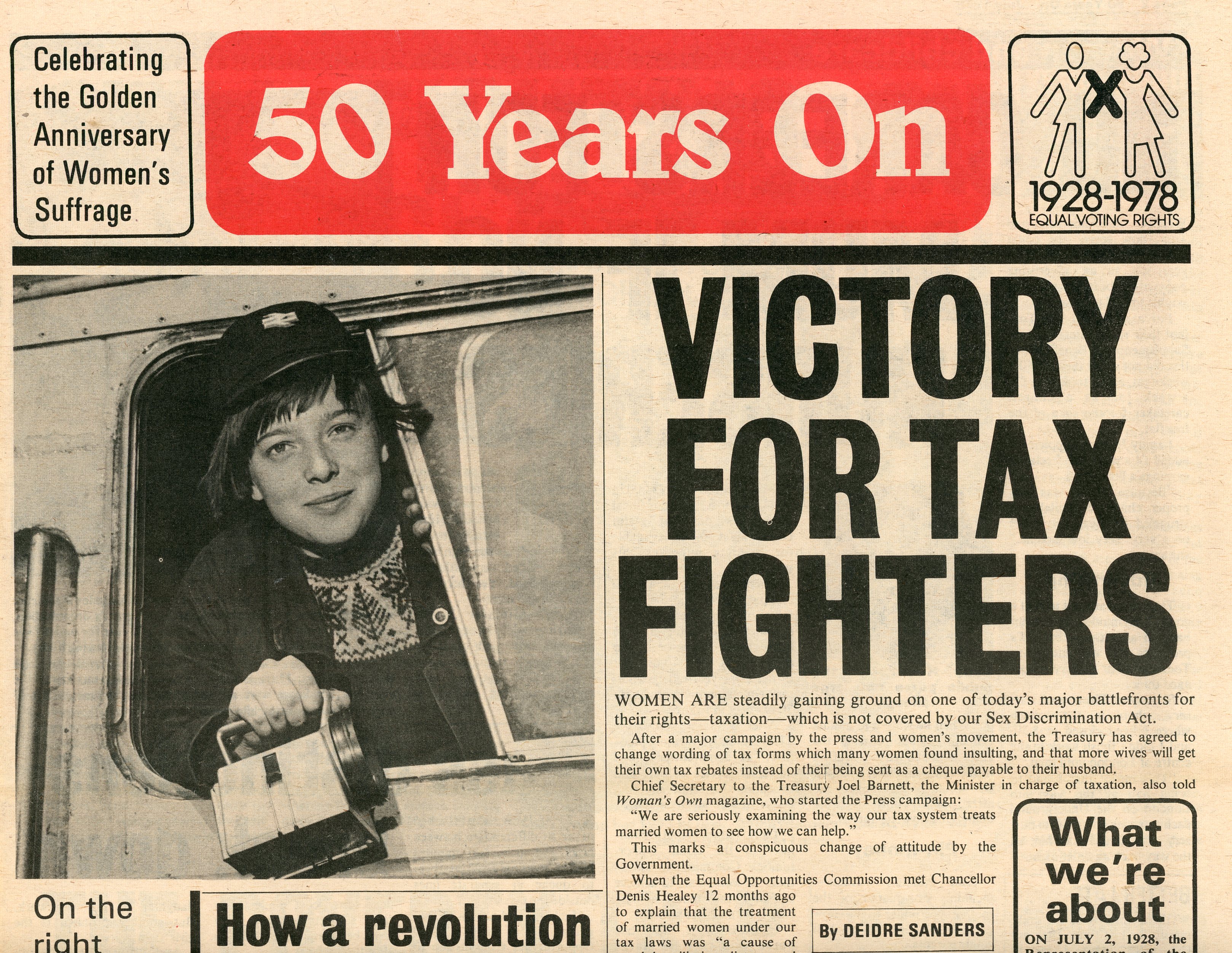 Katie Russell, writing for The Guardian today asks us to think about about why and what women still need to vote for today, and while I completely agree that we need to focus on the future, it is still important to remember the feminist gains of the suffragettes and the 2nd wave feminist movement of the 1970s – you never know their stories might be inspirational!

Whatever your views make your voice heard and vote!!!