The Andrew Davies catalogue description has gone live on the Archive Hub this week and so I thought this would be the ideal moment to showcase some of the materials on the blog, marking the next step in the development of the Andrew Davies Collection. As previously posted, the papers were donated by Davies, the celebrated BAFTA and EMMY award-winning screenwriter, to the Centre for Adaptations at DMU in 2015, and I had the privilege of working alongside Dr Anna Blackwell, as a post-doctoral researcher, where we organised, catalogued, and digitised over 50 years’ worth of papers (scripts, drafts, poems, notes, and correspondence) before transferring them safely to the DMU archive.

The collection is organised into two sections charting Davies’ career as a writer and adaptor through his produced and unproduced work, providing researchers, and Davies enthusiasts, with access to some of his earliest, best-loved, and until now, undiscovered, works.The produced section is catalogued by release date and includes a round of ‘firsts’; his first radio play, The Hospitalisation of Samuel Pellet (1964), his first television play, Who’s Going to Take Me On (1967), and his first adaptation, Charles Dickens’ The Signalman (1976). 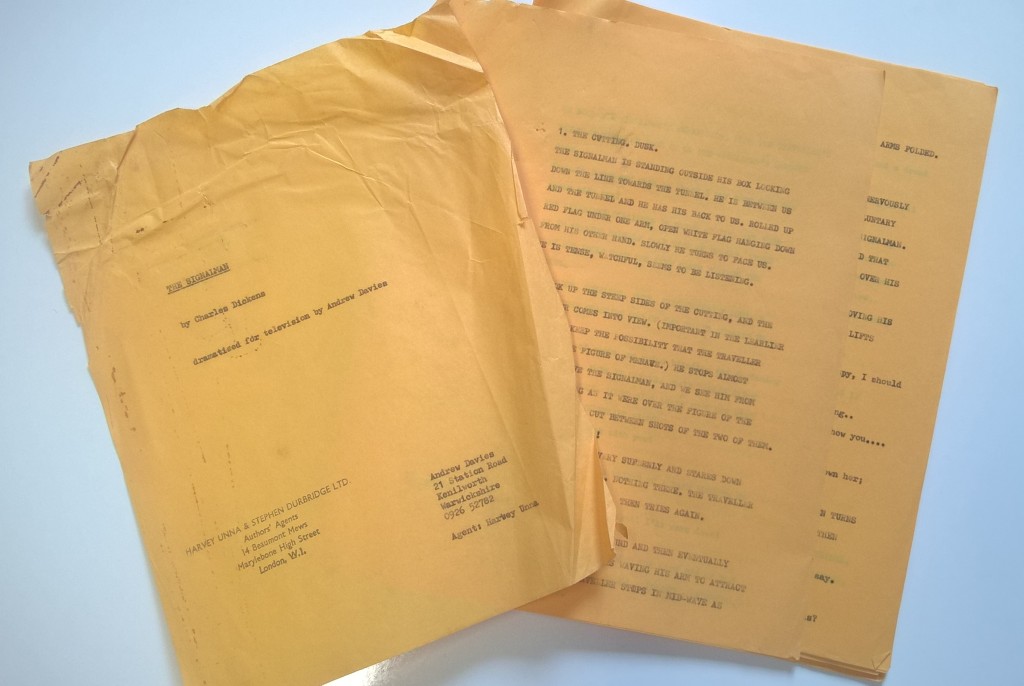 A typed draft of ‘The Signalman’, a dramatisation of Charles Dickens’ short story published in 1866. It was first aired in 1976 for the BBC’s ‘Ghost Story for Christmas’ series and is often cited as an early indicator of Davies’ talent as an adaptor.

Continuing through the 70s, 80s and early 90s, the Collection also includes draft screenplays and correspondence regarding productions that would bring him recognition and esteem within the television industry, such as the original works, the Marmalade Atkins Series (1979-1996) and A Very Peculiar Practice (1984-86), and the adaptation, House of Cards (1990-1995), the latter of which offers a Shakespeare-inspired exploration of a corrupt Tory government. Notably, this series has recently been adapted by Netflix for an American audience, starring Kevin Spacey, with Davies as an executive producer. 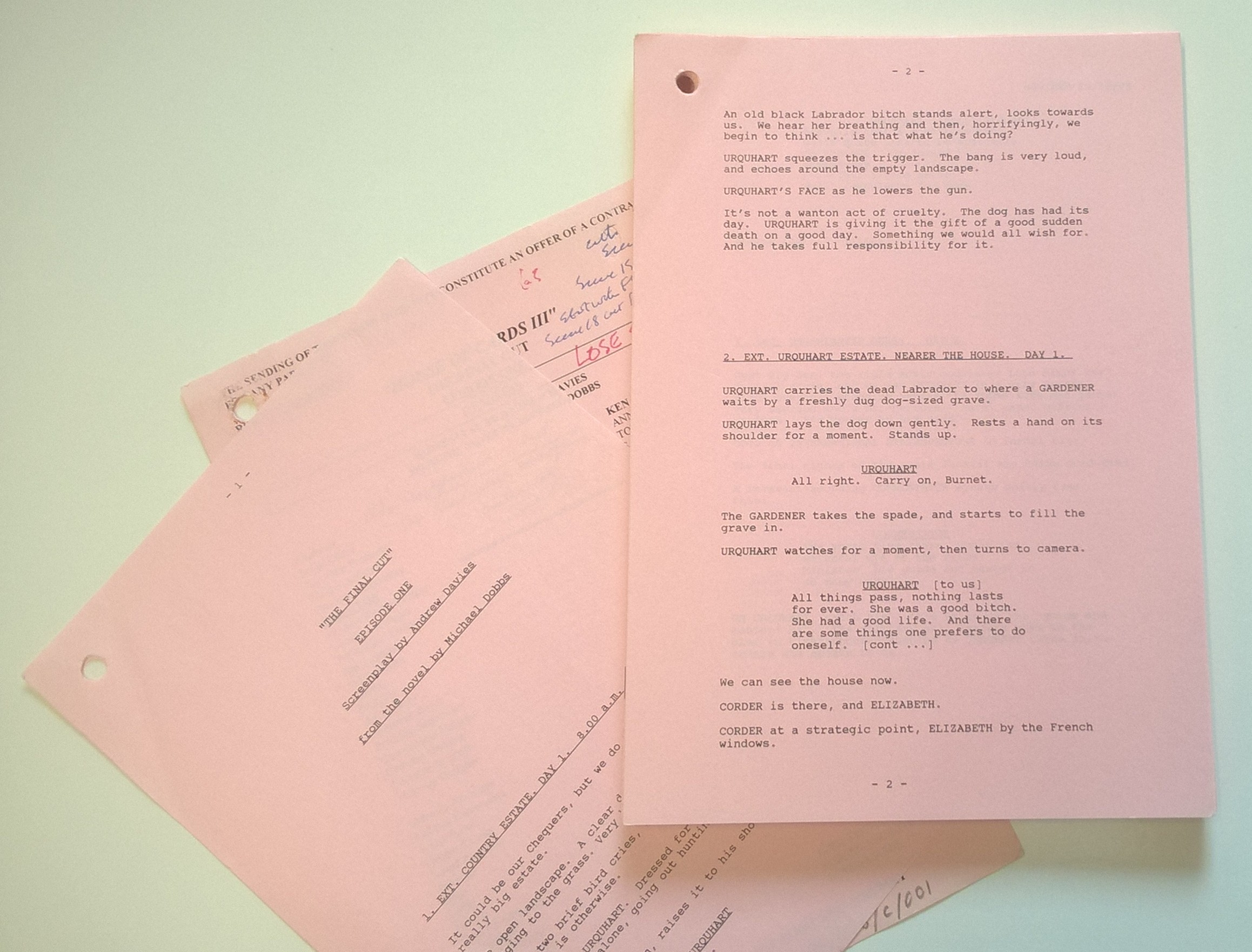 A typed draft with annotations of ‘The Final Cut’ (1990), the third installment of the series known collectively as ‘House of Cards’, based on Michael Dobbs’ trilogy (1989, 1992, & 1994). The opening scene for Series 3, shown here, is used at the beginning of the first series in the Netflix production.

For many, though, the most exciting aspect of the Collection is the access it will provide to the early notes and scripts of classic novel adaptations for which Davies, from the mid-1990s onwards, has become synonymous, making stars of some actors, while attracting others to his work. These include Pride and Prejudice (1995), starring Jennifer Ehle and Colin Firth, Bleak House (2005), starring Gillian Anderson and Charles Dance, and most recently, the lavish and spectacular War and Peace (2016) starring Paul Dano and Lily James. 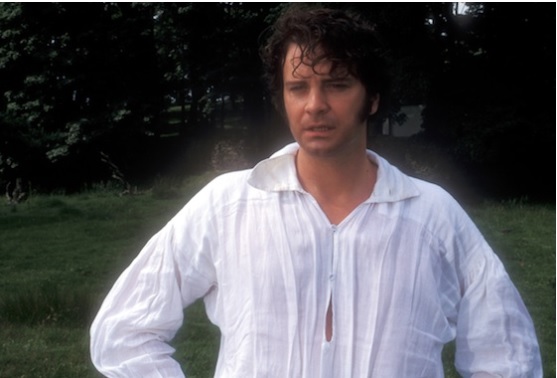 Still from Episode 4 of ‘Pride and Prejudice’ (1995) with Colin Firth as Darcy emerging from the lake at Pemberley. 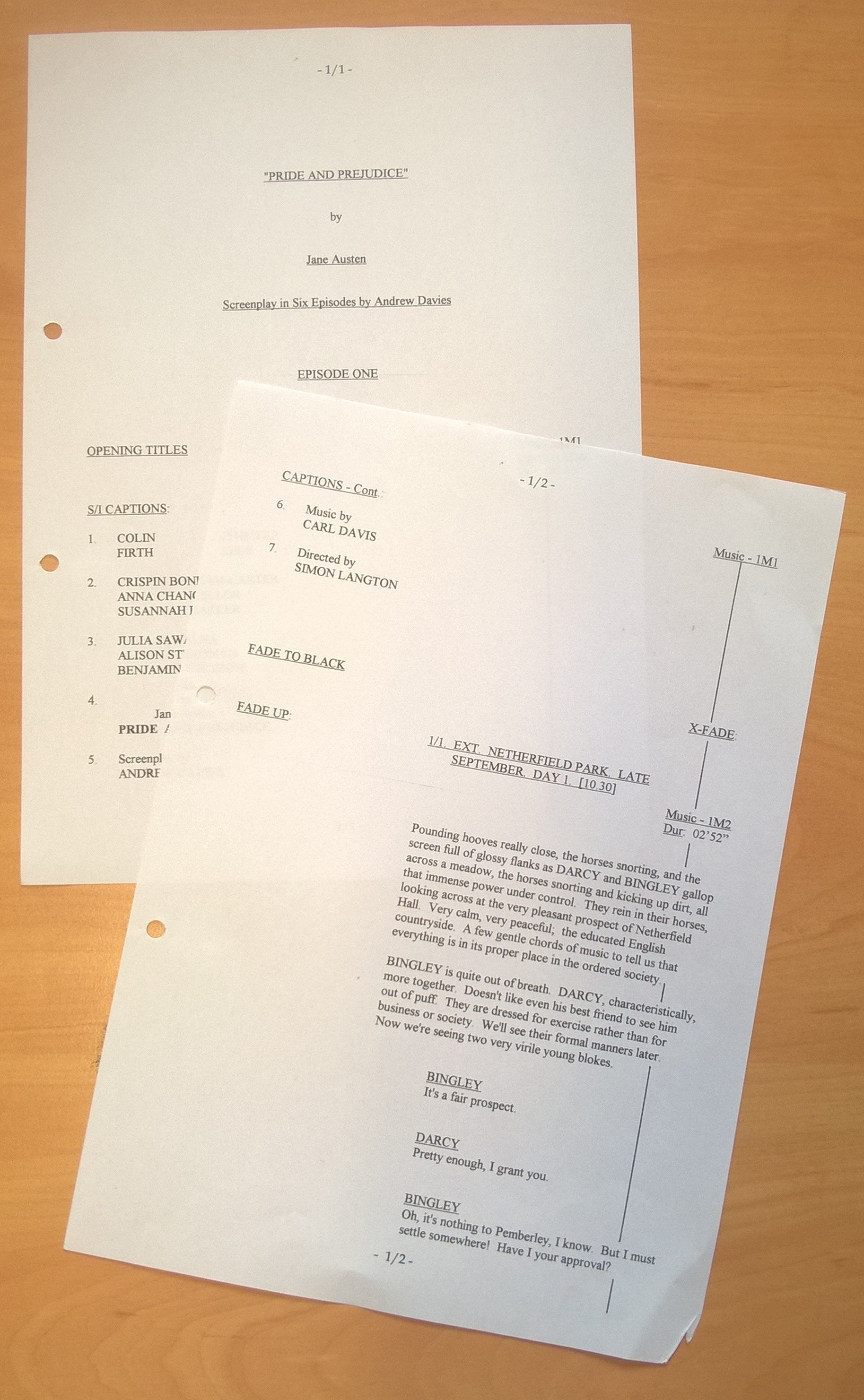 The cover and first page of the screenplay for the first episode of Davies’s adaptation of Jane Austen’s 1813 novel, ‘Pride and Prejudice’: the opening sequence describes Darcy and Bingley on horseback galloping across the countryside, setting the tone for a more distinctly dynamic period drama.

The collection is comprehensive in charting Davies’ creative abundance and diversity, including drafts of novels, short stories, stage plays, and film screenplays that I do not have space to mention in detail here, but which include, Rose (1980), Bridget Jones (2001 & 2004), Brideshead Revisited (2008), and many more. Significantly, the unproduced section acts as further testament to Davies’ prolific creativity; organised alphabetically, due to an obvious lack of a definitive production date, further examples of original screenplays and adaptations are waiting to be explored, or perhaps, produced! 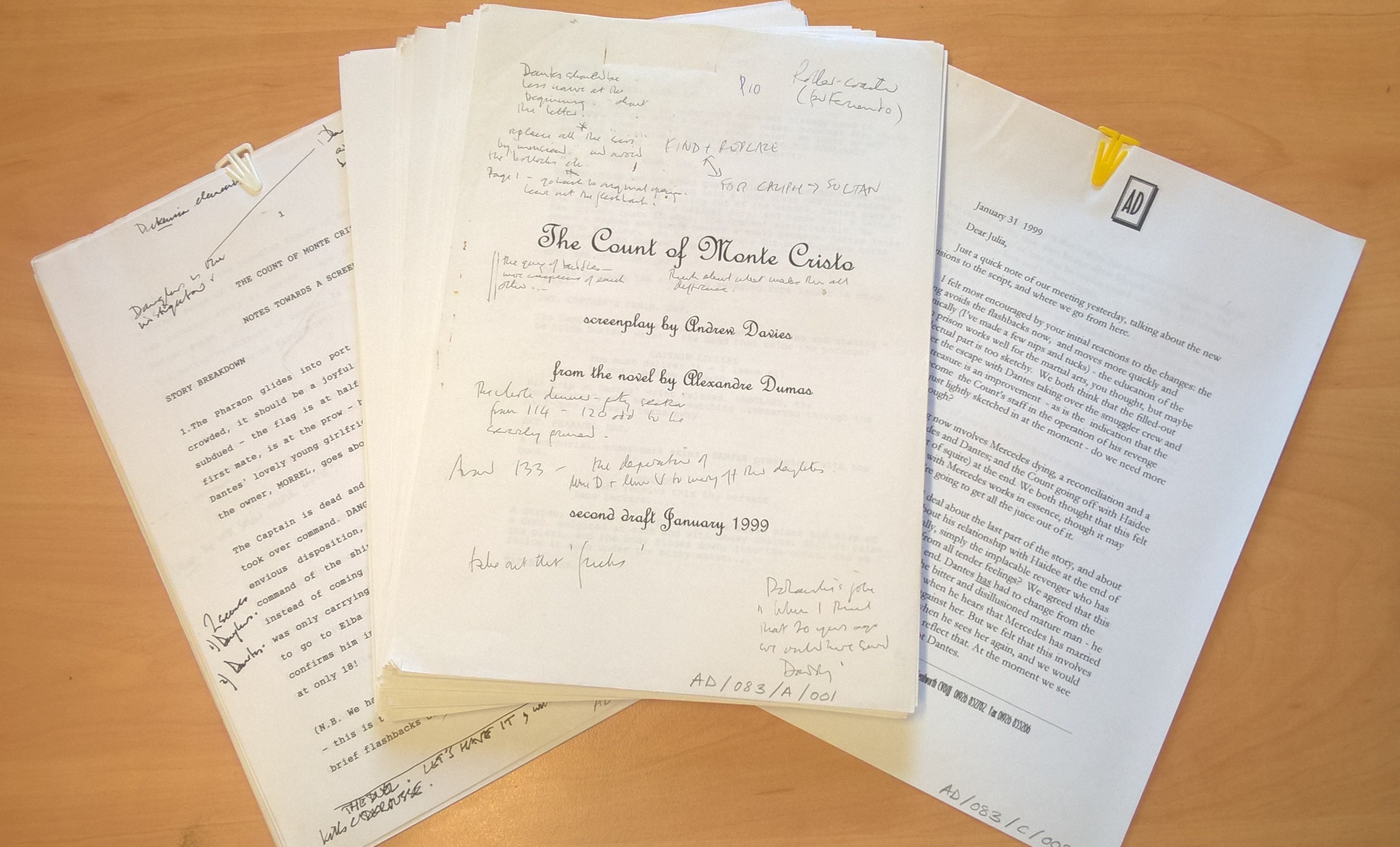 The above documents relate to Davies’ unproduced adaptation of Alexandre Dumas’ 1845 novel, ‘The Count of Monte Cristo’, allowing us a peek into the creative process as the work develops from notes and annotations to script.

As well as providing an invaluable resource for scholars and students in terms of adaptation studies and creative writing, the materials themselves chart the evolution of text and technology in the late 20th century and early 21st, as we move from screenplays produced on typewriters, and collaborative meetings conducted via letter and fax, to computer print-outs and emails, with many of the documents including handwritten annotations guiding us through the creative process, from first draft to proofs and/or shooting script.

While the Collection is a living archive that will see future additions, all that is left to do for the current materials is transfer the detailed catalogue onto the Hub, which I intend to do over the coming months. You never know, I might even get it finished for Andrew Davies’ 80th birthday in September!

But for those wishing to explore this fascinating material there is a detailed box list for easy reference, and I am more than happy to offer my assistance, and talk about Davies and his work endlessly to anyone who is interested.

6 Responses to The Andrew Davies Catalogue