We are very proud to announce that the Briggs-Blake-Zurbrugg Memorial Library has arrived in the archive and is now in situ. Once housed at the heart of the School of English in the Clephan building the care and maintenance of the books has now been handed over to the Special Collections Team in Kimberlin. The Library itself significantly contributes to our expanding English-related archives and collections.

The transfer of 3500 books was no mean feat and the space needed to house the collection required some well-thought-out re-arranging in the Archive. With the help of our volunteer Phil to help pack the books we then awaited their arrival and enjoyed carefully going through the collection as we organised it onto the bays. 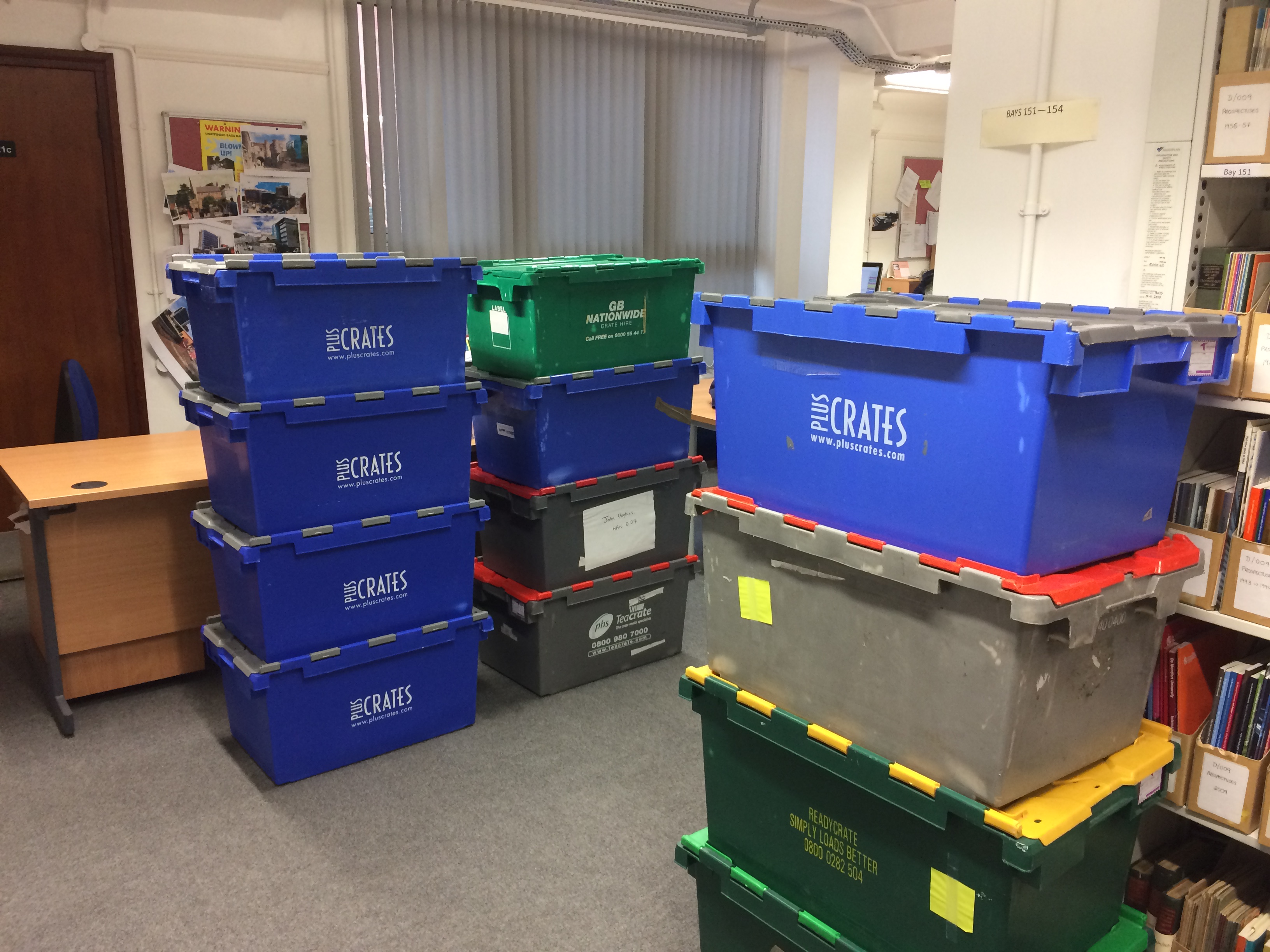 Working in an Archive allows one to regress into one’s fort-building youth.

The Briggs-Blake-Zurbrugg Memorial Library is so called because it is comprised of three collections that were bequeathed to the University from three former members of staff, Julia Briggs, Norman Blake, and Nicholas Zurbrugg. All were professors at DMU during the 1990s and their eminent work and generous approach to teaching in their respective fields brought them international recognition. The Library, while providing insight into the reading and research pleasures of these three scholars is a wonderful resource for students of English and the Arts.

Julia Briggs (1943-2007) – came to De Montfort University in 1995 as a Professor of Literature and Women’s Studies. Much of her work focused on marginalised areas of writing such as children’s literature and female authors, especially the modernist writer Virginia Woolf. As well as publishing academic works she also wrote biographies on both Woolf, Virginia Woolf: an inner life (2005) and the children’s author E Nesbit, A Woman of Passion: the life of E Nesbit (1987). Briggs was appointed an OBE in 2006. 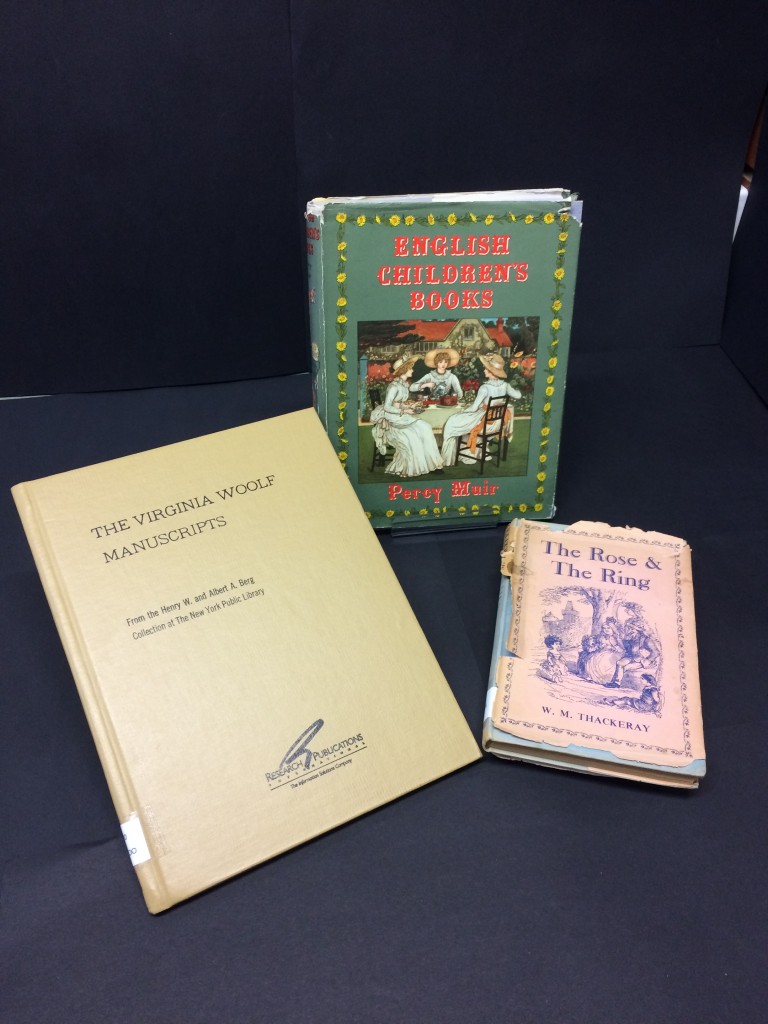 Norman Blake (1934-2012) – was a historian of medieval literature and languages specialising in old Norse, Middle English and the works of Chaucer. He also came to DMU in the mid-nineties. He is perhaps best known for his work on The Canterbury Tales publishing The Textual Tradition of the Canterbury Tales in 1985 and was subsequently involved in the Electronic Canterbury Tales Project providing online access to electronic transcriptions of all the manuscripts and early printed versions of The Canterbury Tales. 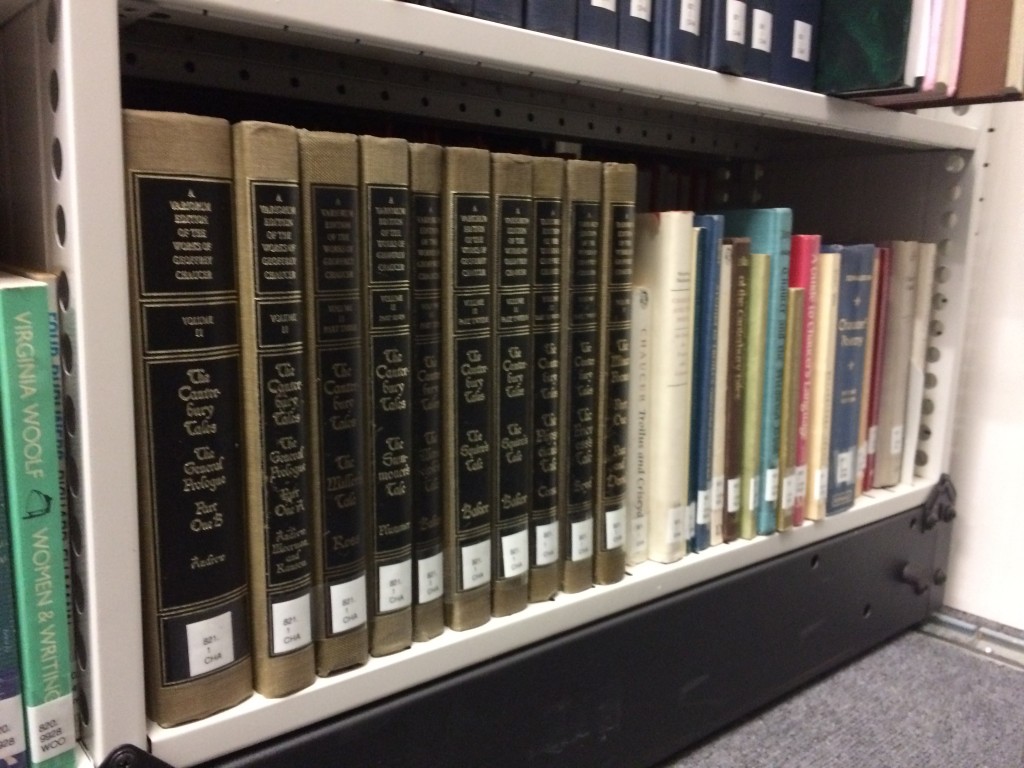 Blake bequeathed several series of works relating to the history of English literature and ‘The Canterbury Tales’. Here you can see one of those which is comprised of 10 variorum editions published in 1993.

Nicholas Zurbrugg (1947-2001) – came to DMU in 1995 as Head of the English Department. He was Professor of English and Cultural Studies as well as the Director of Contemporary Arts. A poet and artist he adopted an interdisciplinary approach to understanding the arts, exploring the connections between creative practice and academic theory. Focusing on the avant-garde and postmodernism his most eminent publicationss include, The Parameters of Postmodernism (1983) and Critical Vices: the myths of postmodern theory (2000). 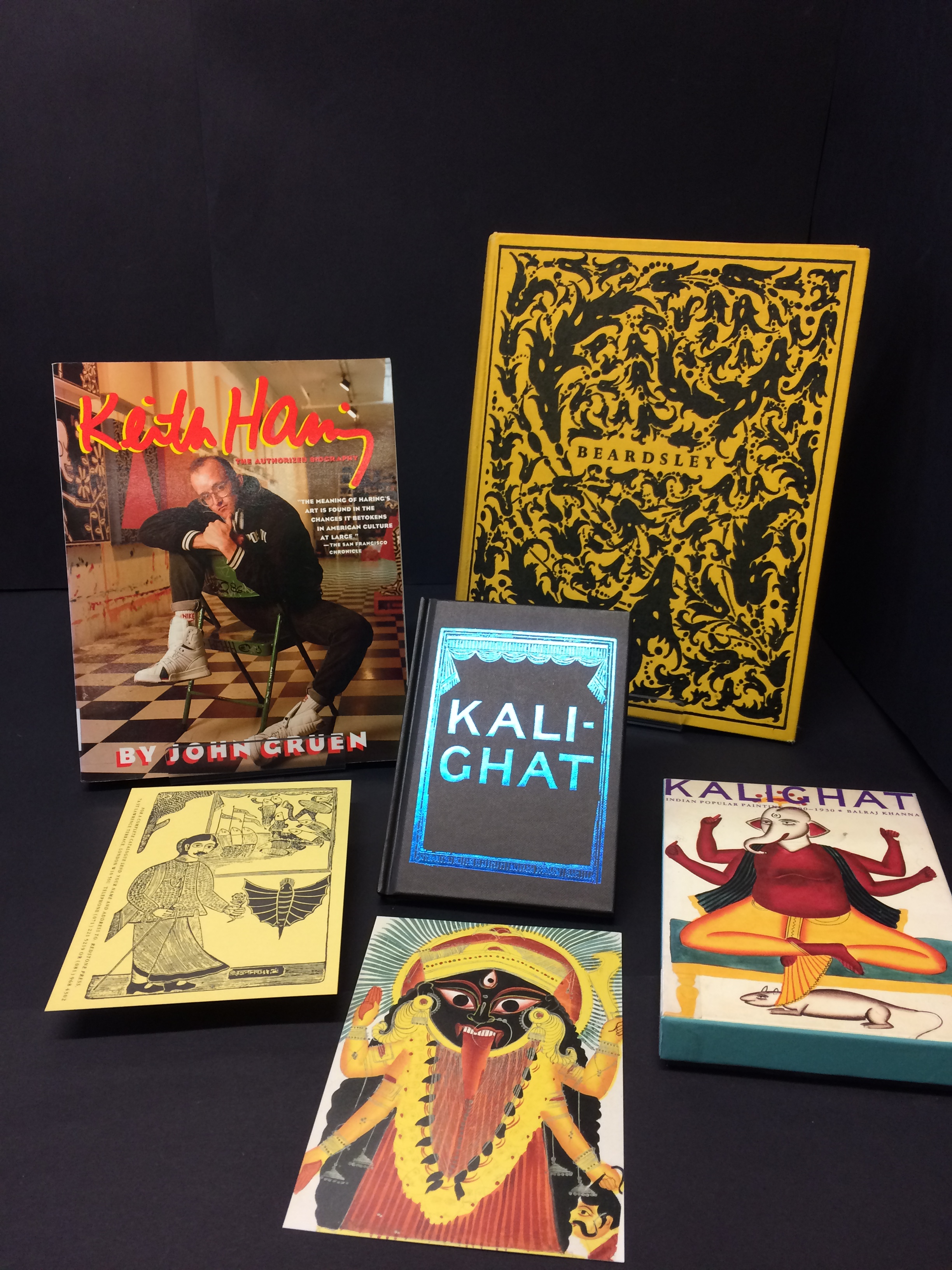 The library has always been accessible to students, staff, and external visitors but it is hoped its transfer to the archive will encourage further awareness and use. While the collection will eventually become listed on the Kimberlin Library catalogue in the meantime there is a catalogue available online through Library Thing. Please drop in or contact the Special Collections Team if you wish to access the library.

2 Responses to The Briggs-Blake-Zurbrugg Memorial Library