We are pleased to announce an exciting new collection – papers of Oronto Douglas, Nigerian environmental rights lawyer and alumni of DMU! 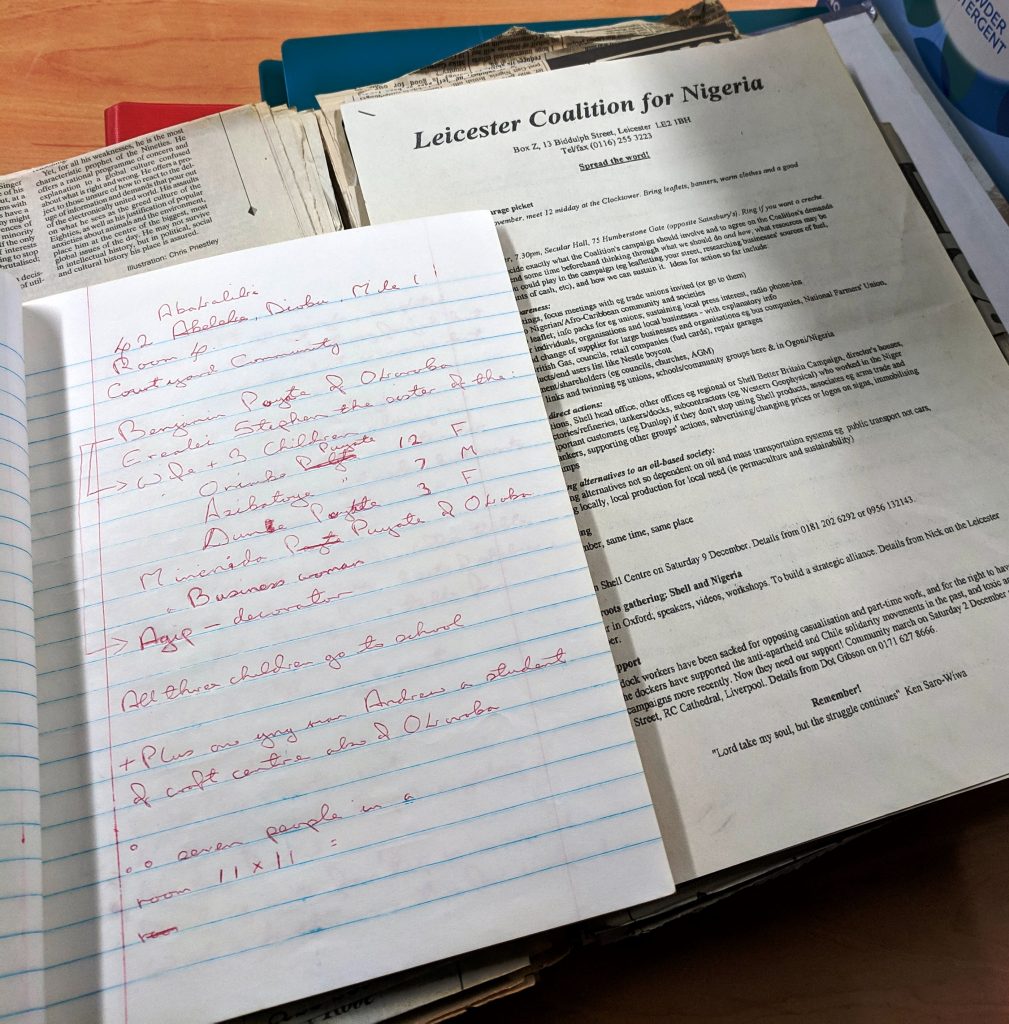 Oronto Douglas was born in Okoroba, Nigeria. He attended the University of Science and Technology, Port Harcourt, Nigeria, where he studied law. A speaker of Ijaw, Igbo and Yoruba, Douglas began to work as an environmental rights activist and was instrumental in the creation of Environmental Rights Action/Friends of the Earth Nigeria. In 1994 he was introduced to environmental scientist Nick Ashton-Jones and assisted him on a baseline ecological survey of the Niger Delta. The trip resulted in the publication The Environmental Rights Action Handbook to the Niger Delta (published 1998, available here). 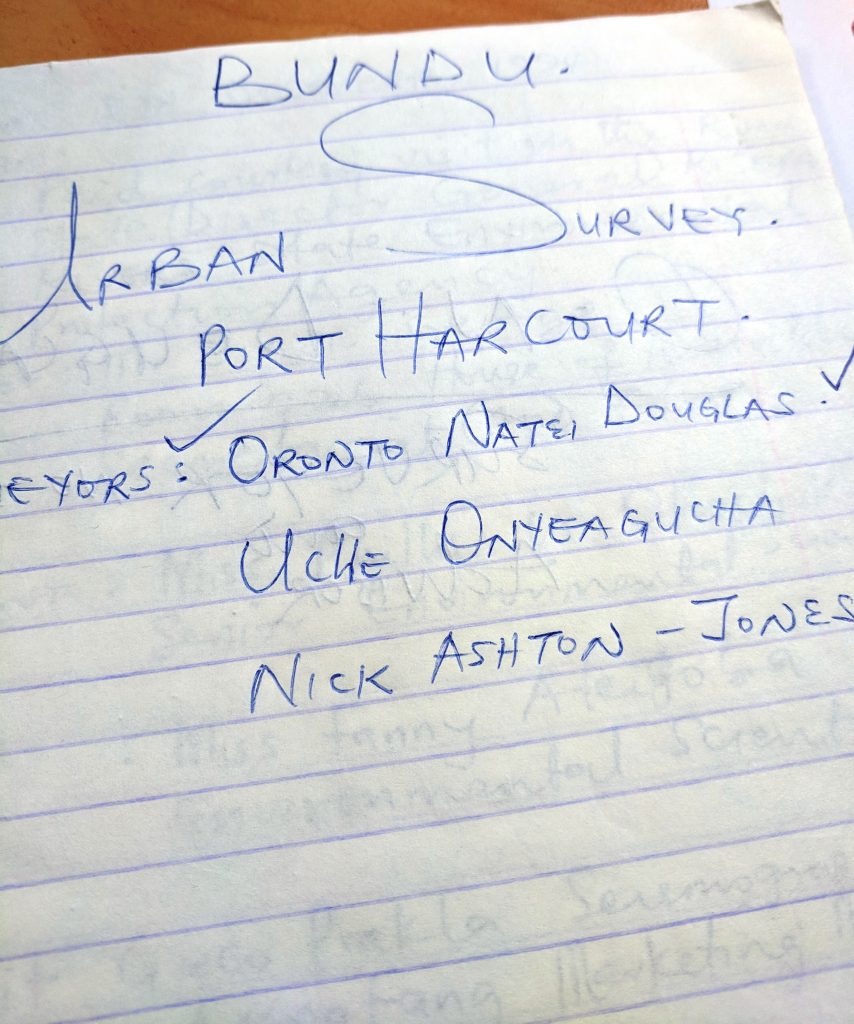 Detail of one of the field notebooks

Douglas was a friend of activist Ken Saro-Wiwa and was involved with the Movement for the Survival of the Ogoni People (MOSOP), which aimed to protect the Ogoni people from environmental destruction caused by oil companies, in particular Shell. 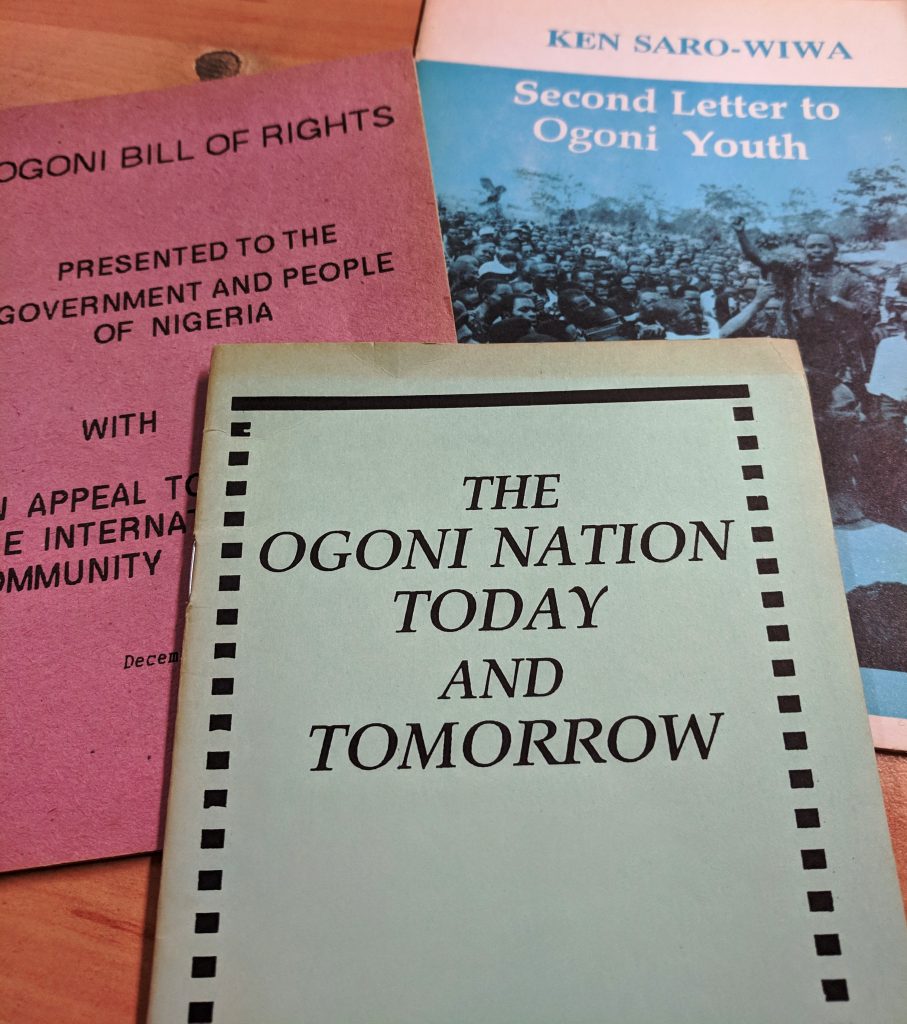 Douglas was a member of the legal team that represented Saro-Wiwa and eight other Ogoni activists at their trial under General Sani Abacha’s government in 1994-95. Saro-Wiwa was executed in November 1995 in what was described as “judicial murder” and caused international outcry. 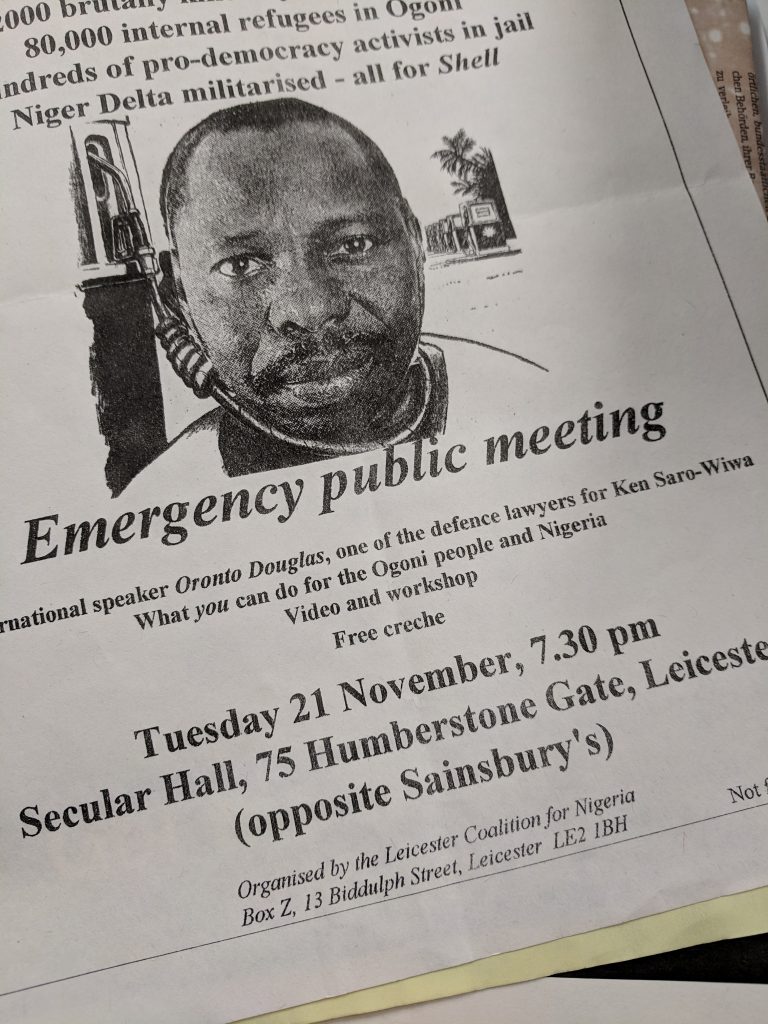 In 1995 to 1997 Douglas attended De Montfort University, graduating with a Masters in Environmental Law. During his time in Leicester he remained an active campaigner against the oil industry, organising protests at Shell petrol stations.

Douglas later became a special adviser to Nigerian President Goodluck Jonathan on research, documentation and strategy. He was diagnosed with cancer in 2008 and died in April 2015.

The papers comprise twelve field notebooks from the survey of the Niger Delta conducted by Oronto Douglas and Nick Ashton-Jones in 1994. The notes record conversations with villagers detailing their lives and circumstances. Also three folders of notes, research, press cuttings and essays dating from Douglas’ studies on the MA in Environmental Law at De Montfort University, including activism around the trial of Ken Saro-Wiwa.

When I was 13 every careers questionnaire I did at school suggested I become an archivist. In rebellion I studied History of Art at Cambridge and the Courtauld Institute before giving in to the inevitable and undertaking a qualification in Archives Administration at Aberystwyth University. I worked at King’s College London Archives and the London Metropolitan Archives before becoming the Archivist here at DMU in January 2013. My role is hugely varied: answering enquiries and assisting researchers, sorting, cataloguing, cleaning and packaging archival material, managing our environmentally controlled storage areas, giving seminars, talks and tours, researching aspects of University history, liaising with potential donors and advocating for the importance of archives within the organisation. I am one of those incredibly fortunate people who can say ‘I love my job’ and really mean it.
View all posts by Katharine Short →
This entry was posted in Archives, Special Collections and tagged Activism, Environment, Environmental Law, Lawyers, Nigeria, Oil industry, Protest. Bookmark the permalink.